A much better solution for solar self-consumption

As a late outcome of Edgeryders’ OpenVillage House prototype in Sidi Kaouki, Morocco, I discovered that there is no (!) readily available and economically meaningful, commercially made solution for self-consumption of the electricity from small (<1 kWpeak) photovoltaic installations. For larger installations, there are string inverters with a zero-export feature, but they are expensive.

Inspired by this, I developed the idea below that solves both issues. Initially for the house in Sidi Kaouki, but I think there is a worldwide market for it in all development countries where utility companies forbid or do not reward exporting locally generated electricity to the grid. If they forbid it, the idea below is the only option. If they do not reward it, the idea below is the most economical option. (See here for the different ways how utility companies treat feed-in.) In total, the product might revolutionize access to energy and utilization of rooftop solar panels – because without needing a grid-tied inverter nor a battery bank, solar energy will be the cheapest option for many grid-connected households.

A small-ish supercapacitor bank is recharged by photovoltaics panels and the house runs either on the grid, or from that supercap bank via a cheap, not grid-tied inverter. An automatic transfer switch switches between the two options seamlessly every few minutes, whenever the supercap bank is discharged.

This setup has a range of advantages over all alternatives, including that of a battery system in off-grid or hybrid homes:

Loads are by default connected to an inverter that is fed by the supercaps bank, which is fed in turn by both the solar panels.

A description of the main components of this system:

A description of the control algorithm in the microcontroller:

Rough estimate for a size with 500 Wpeak photovoltaics:

Rough estimate for a size with 50 Wpeak photovoltaics and a modified sine wave inverter, all in all the smallest reasonable variant for households with very low electricity needs:

Most of the base load of a house, esp. in “developing countries”, consists of LED lighting, computers, TVs and other electronics, all of which internally use DC electricity. So it is possible to reduce ones energy consumption by avoiding the DC → AC → DC conversion losses of the supercaps-and-inverter design from above and instead use the DC-DC converters of the devices, directly connected to the supercap bank. So a wall outlet would provide the 20-30 V DC voltage range of the supercap, and a DC-DC converter is connected to that which provides the constant voltage as needed by the device. All AC devices with an external power adapter can be converted to this system by replacing the power adapter with a DC-DC converter with the same output voltage and at least the same output ampacity.

Now it would be impractical if one would have to change ones DC power adapter for an AC power adapter every evening or when too may people use the DC power during a low-sun day. A practical solution would be to always use 24 V DC for the low-powered devices in the house, and 230 V AC directly from the grid for all high-powered devices and for those that cannot be obtained in 24 V DC variants. When avoiding electric cooking, the latter are rarely used and do not make up a large share of the energy consumption, so trying to power them from solar is probably not worth it.

In this setup, we do not really need the inverter, as the supercaps bank or battery will feed DC consumers directly. But we will need a large AC-DC converter (for example a usual 24 V battery charger) to charge the supercaps bank or battery in parallel if the photovoltaics panels are not bringing in enough power (esp. at night of course). It will be switched on and off by our controller electronics, and it will be ok to do this several times per minute to keep a supercaps bank within its voltage range, or simply to keep it connected in case of a smart charger for a lead-acid battery. So compared to the variant where the supercaps power an inverter, we need 50-75% less supercaps in this case, again decreasing the costs considerably. A 500 W AC-DC converter should be enough, equivalent to a 20 A battery charger for 24 V batteries. Larger households can go to 1000 W.

When selling this variant as a product, a range of DC-DC converters and also good sockets and plugs should be offered in parallel. Still, people are used to AC electricity now and all their devices use that, so the AC based variant from above will be the much more marketable variant. (The DC variant as described here can still be promoted as an add-on or extension option, switching solar panel input over to the direct DC circuit as needed.)

Wow this is amazing. Can this be done in Nepal?

It is amazing. Coming up at the new Reef!

Signing you up as customers two and three then

(Number one is the house in Sidi Kaouki.)

Yes @anu, it can be done in Nepal, all components except supercaps are available locally. In Nepal and everywhere else where feeding into the grid is not rewarded, nearly nobody with access to the electric grid has rooftop solar due to the cost issues of current self-consumption solutions. With this new system, that can change. Would be amazing to see solar panels on every roof in Gorkha (and Kathmandu).

I’d like to run this by my friend Doug Livingston, who consults and teaches modern solar installation to see what he thinks. Using super capacitors in this manner is not something I know about. Is this in use someplace, or did you just invent it?

Not done anywhere like this … own idea. Would be great to get some professional feedback, thank you!

Did you get feedback from your solar pro friend already, John? Would be great to have a second opinion about the commercial potential of this design!

I contacted him, he asked me to send him the design paper, I sent it, have not yet heard back.

It does not contain a battery, so does not incur regular major replacement costs; instead it uses supercapacitors, which do not degrade noticeably.

where can I get this? … could I use as a replacement for the battery - or would I need a different technical setup? 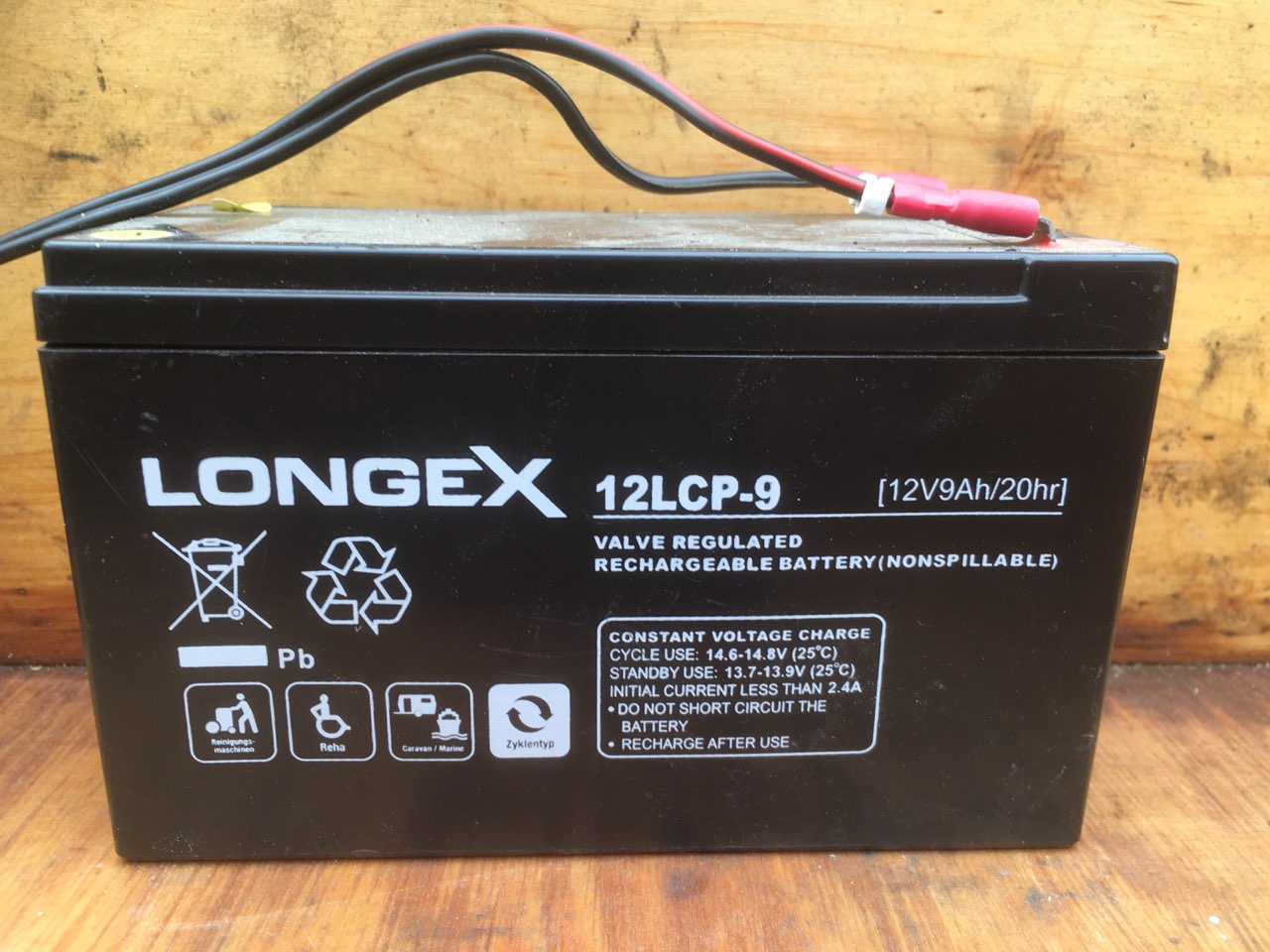 You cannot use supercaps as a drop-in replacement for lead-acid batteries as they have very different charging characteristics. If you were lucky enough to own a charge controller that can be configured to charge both lead-acid and supercaps, then yes. But that would be super rare.

If you replace both battery and charge controller, it will work though. Also take care your inverter can accept the input voltage range of the supercaps (which will be larger than what typical batteries output, for example the range could be 24 - 48 V).

As for getting supercaps, you can buy them from electronics suppliers. A good and typical spec would be 2.7 V / 3000 F in size 60×125 mm. A good brand is Maxwell. I’m not sure about the Chinese brands yet – I’d only buy these if I know a reliable supplier and have good independent tests.

If you haven’t worked with supercaps before, figure out how to work with them safely. While their voltage is low and safe, they can put out 2000 A … means, lots of sparks, potentially igniting things etc…