Au Quai, the new festival venue for the day 2 and 3, and other news

Since my arrival in Brussels, a couple of things have changed regarding the OpenVillage - we’re expanding our operations, taking over two venues, and having a spectacular party at the end, in collaboration with my friends’ collective Rebel Up.

We’re now shifting over half of the time to a space called Au Quai, located in a picturesque spot on the canal right at the gates of Molenbeek (address: Quai du hainaut, 23). For those of you who came last year, it’s very close to Le Space and the beer place we visited after the sessions - and a walking distance to the Grand Place. Au Quai is an 11-year-old occupation, with a team of artists/activists running it as a community space that serves the neighborhood. We’re planning to involve the group in the sessions as well, as they have a lot of experience to share regarding building sustainable co-housing/co-working projects that serve the community, but struggle for survival (what’s important is that Au Quai will be closed sometime soon, as the building was sold to a new owner - the collective tried to purchase the space, but it was never seen as viable for a loan and well, you know the rest). I hope you will love it!

The space has two floors. On the first floor, there is a cafeteria and a podium, where we can hold bigger sessions. The room is equipped with a projector and speakers, and black curtains, so we can use it both for plenaries and for screenings. It has huge windows and a small corner where you can unplug and spend some time scribbling or just sipping a coffee.

The second floor is divided into two spaces - one that you enter directly from the stairs, big enough to hold a session for 30 people. If it’s cold and we cannot manage to keep it warm, we’ll move to a bio coffee shop/eatery Belo, downstairs. They have quite beautiful sandwiches, and coffee is cheap. And the second space on that same floor is isolated and has a great heater, and it can easily hold 60 people. It will be equipped with both projector and speakers. 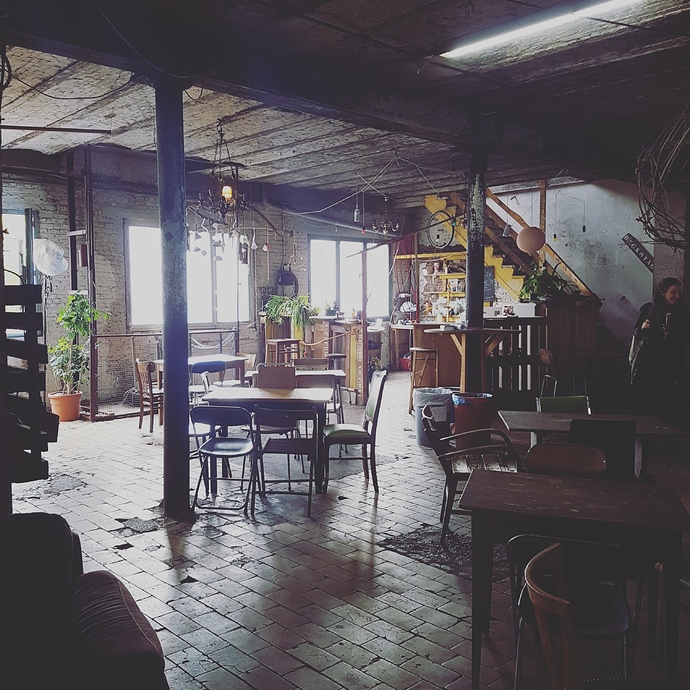 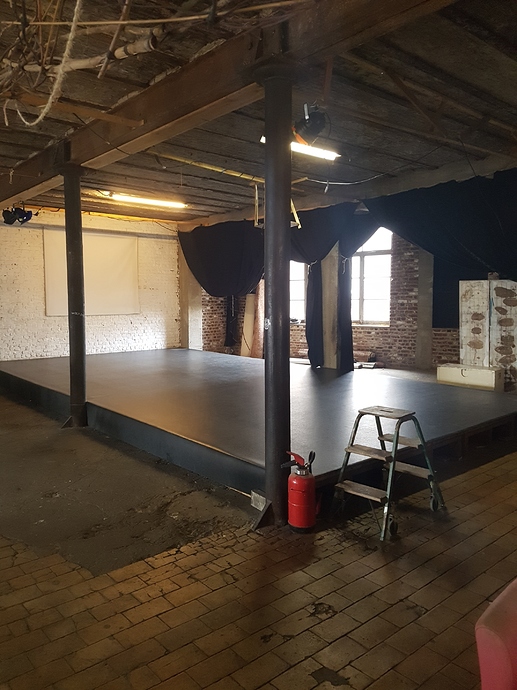 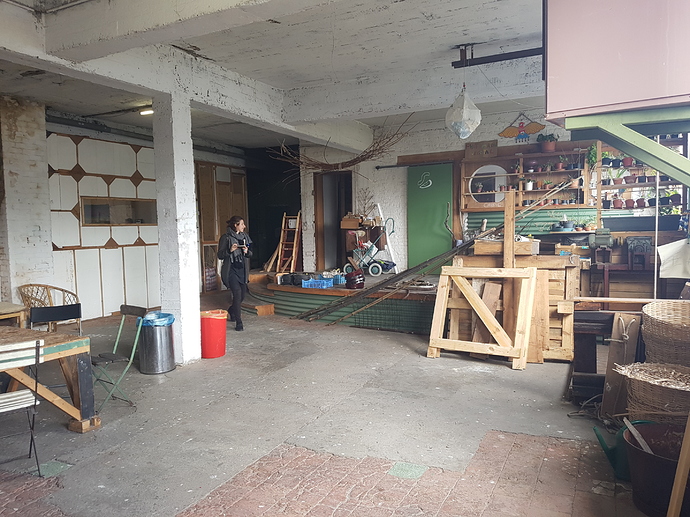 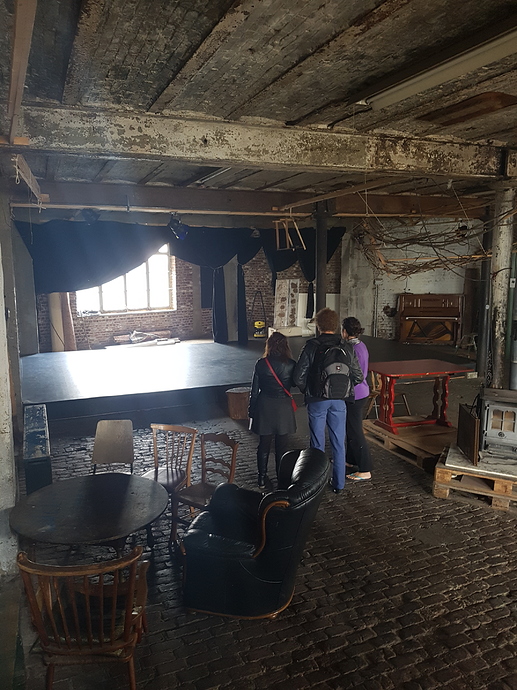 All we need to do now is to look at the plan and assign the sessions so that those of you who need equipment will have access to right spaces. There might be limitations with Internet connectivity - we’re working on it, but in case, be prepared to spend some time offline. At the end, that’s why we’re coming to Brussels, right?

The first day of the event will still happen in La Serre - as planned. We will have an urban game in the neighborhood and some sessions in the venue.

We’re inviting one of the local chefs to cook lunch for us on the Day1, in La Serre. Afterwards, we’ll run the kitchen ourselves in the evening to prepare the dinner. It seems like the food team will only be needed on the first day to make the dinner. We still need volunteers for that mission.

On the Day 2, lunch will be delivered to Au Quai by the same chef as on the Day 1 (I and Noemi tried, he cooks very well), and in the evening we will go back to La Serre to taste the recuperated wonders of Up Cooking chefs. We need 3-5 people to help them with cooking - it will be fun.

On the third day - you’re free to pick yourself what and where to eat (I will have a list of recommendations if needed).

We’re also sorting out the party - I’m working on that with the Brussels based collective Rebel Up. These guys specialize in discovering African music and promoting unknown artists. We invited Otim Alpha, Ugandan group playing a blend of traditional and electronic music, as well as a Dr. Kwest, producer of Congolese music, and two other DJs from the Nyege Nyege Tapes. Brace yourselves - and prepare some funky clothes, let’s make this event colorful.

The party is happening in Au Quai as well, and it will be open to the public (with tickets).

We’re still counting on volunteers in various sections - check my post here. Those of you who assigned for teams already, please get in touch with other members of your team and discuss your work. If anyone needs some equipment or tools, please add it to the list and we’ll take care of it.

3 Likes
culture Culture 11 October: How to use vacant spaces for social innovation?
matthias October 5, 2017, 11:12am #2
natalia_skoczylas:

I could bring an LTE router (distributing wifi from a shared mobile network connection), but that only makes sense if (1) there is LTE or at least UMTS at that place and (2) somebody of you can provide a SIM card with a large amount of traffic (4 GiB or more, with option to top up in time).

Please bring it - there is internet connection with 15mbits, but they said there is a limit of 5 computers that can be connected at once - we’re not sure if that’s possible (we couldn’t check if that’s true because we were too few). So hopefully we can make something out of it.

When are you coming over? Waiting for you impatiently

15 Mbit/s over a wired connection is perfect, better than what the LTE / UMTS router can reliably provide.

So in this case, to fix the potential 5-address limit and improve wifi coverage in the building, I will rather bring two normal routers I think. Their router will “think” that only two devices are connected, but these devices are again routers with 15-20 others connected to them.

I’ll decide today when I will come (having to buy a train ticket now). 2-4 days before The Festival I guess

2 posts were merged into an existing topic: Wifi at the event venues