Commons are resources that belong to everyone. What can we do to enhance them, so that they can better sustain social production and social relationships? Edgeryders set out to find what issues - economic, social and legal - need to be addressed if we are to build and inhabit a world of commons.

“The things that we share in our world are far more valuable than those that divide us.” - Donald Williams

“It’s impossible to have good relationships unless you have an economic system that supports them.” - Neal Gorenflo

Why commons? Common resources - land, water, food - have long been at the center of societies, and people could use them as they pleased in order to survive and improve their lives. Private property made sense only for the amount of things you could use and defend yourself.

Our commons are being eroded from several directions. Some have been “fenced” and become restricted-access private property. This happens even to commons like oral traditions, science, ideas and education, which don’t decrease but rather increase their usefulness when they are used. Artificial scarcity has been created around knowledge, making it unaffordable for many. Other resources - such as air and water - do deteriorate through excessive use, when we hit their renewability limits (tragedy of the commons). The Internet - perhaps the largest global common - has come under strain around the issue of what should be the limits to what can be shared and how.

Yet the need for a stronger commons is strongly felt. Especially for the younger generations, versed in sharing on the global Internet, the reasons for caring about the commons are self-evident, and there seems to be no limit in sight to what we would want to do with an increased pool of shared resources. Do you want to be free to cooperate - building on each others’ contributions - around science, knowledge and health care? Are you more interested in working with others to feed populations, revitalize spaces and strengthen community ties? Do you want to help to provide shelter to those in need? Do you feel a need for secure spaces for open communication between political representatives and citizens themselves?

Some answers. Peer to peer systems are being tested and refined all over the world. Digital content is being placed under Creative Commons licenses which allow and even encourage copying and distribution (even commercially in some cases), often provided the author is given due credit. Peer to peer frameworks offer new venues for collaboration (see Wikipedia or Linux as commons, or YouTube as a sharing model), meeting the needs of today and tomorrow in terms of open access and networked communities. In Michel Bauwen’s view, peer to peer systems are the format of future technological infrastructures and work on the basis of equipotency: everyone can cooperate under no prior rules and under horizontal command and control.

In the new economic model of sharing, commons thrive. They are not objects of acquisition, but goods to be preserved and enhanced. Social innovations such as food co-ops, farmer markets, bike sharing, couch surfing, or cooperative renewable energy projects are paths to community building. Community gardens reactivate urban green spaces and the idea of neighborliness. Occupy our Homes put solidarity into practice by using the movement’s transformative vision to secure shelters for the homeless in foreclosed buildings.

A commons challenge for today’s generations. In this situation, what are the ways to grow the commons? How can citizens be granted open, equitable access to common resources? What’s the needed infrastructure to access the commons, and how can it be built and paid for? What’s the role of states in these areas? Perhaps even harder: how do we deal with commons that are global in nature - air, water, radio frequencies, the Internet, biodiversity - given that there is no global government?

Caring for commons means more than just regulating. Caretakers are needed, that is, a system nurturing societal cooperation, sharing of goods and thoughtfulness of generations to come. It entails establishing norms that reduce free riding and hold communities together. For our generation seems to be moving beyond viewing commons only as a norm, and taking action to enable and protect them in all spheres of our lives.

The aim of this campaign is to learn how to build a common pool of resources and use them well. For this we need to look into the potential that commons have to improve our lives, how such a potential is being used and could be improved on, what’s stoping us and how we get around the difficulties, and what works already and could be pushed further. This is about using common resources to further our values. How can we all help that happen?

Help the Council of Europe and the European Commission to think about the issue in new ways and come up with innovative policies. Choose a mission:

Many thanks to Lucas Gonzalez and Michel Bauwen’s for their invaluable help with this campaign!

Want to know more about the game? You can find more information about it here.

Here is an introductory video on the commons. If you like it, check out more resources here. 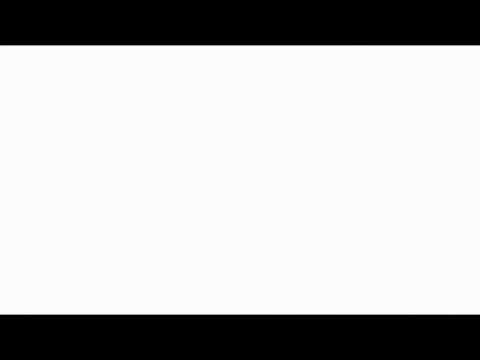