Coping with loss of work: A postcard from Yerevan 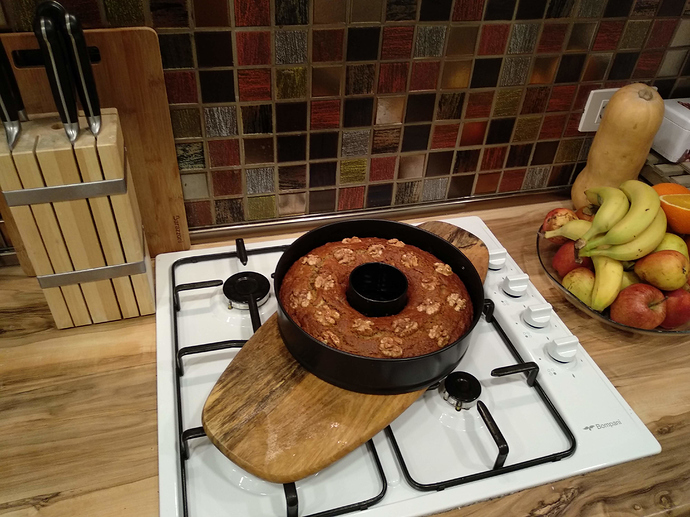 My postcard from Yerevan: “Banana cake” - As if we needed an excuse to eat some more. Now that we are stuck at home we even started baking stuff…

“What are you doing in life?”

I try to contribute to my family by choosing problems and attempting to solve them. I guess for some that’d make me an entrepreneur. Most recently I’ve been involved with map-making and open GIS. By training I am an engineer (studied automation, robotics and AI), by vocation, I feel, I’ve always been a traveller. I was born in Italy and have lived in four different countries since 2007. Current home is Yerevan, Armenia. I’ve been here a while.

I got interested in making maps sometime in 2016. I’ve always liked them, as a young child one of my favourite pastimes was daydreaming over atlases (I still do that) and copying maps on semi-transparent paper, colouring them up with pencils and pens. I now like to think of that as travelling before I actually could.

Fast forward to now, through the luck of meeting a like-minded partner, Cartisan was formed, and our first public result was a successful crowdfunding campaign, in November 2018, to put out into the world our first product, which also happened to be the very first modern topo map of Armenia since Soviet times. It was a lot of work, and also so rewarding! And we haven’t stopped since, we kept providing GIS services to (mostly) trail-building organisations in Armenia, and making new products for hikers, maps and now working on guides too, along the way.

Our products and services became my source of livelihood, or rather, my contribution towards it, as it is frankly not enough to support my and my co-founder’s families yet. But we were slowly, steadily, growing towards that, before the pandemic hit…

“What worries you the most about your situation now?”

These are quite stressful times, but I consider myself lucky, relatively speaking. Our work has always been remote (my co-founder lives in Germany) so we could simply carry on, Personally speaking, I’ve gone through radical shifts in both my professional and personal life before, quite a few times. Some were positively driven, other ones not so much. In any event, I don’t know if it was intentional or just thanks to my curiosity, but change and re-invention are becoming somewhat normal, like turning the pages of a book, that’s simply how I kept moving from one chapter to the next.

That, I believe, will become more and more relevant in the future. Whether we like it or not.

I also understand that previous experience will not make changes any less painful to live through, but having had some practice with them, and having seen the other side of that pain a few times, at least I know there is hope.

Combine all that with the fact that my wife still has a salary, for now at least, and that some of our backlog projects will probably still get funded at some point, and you’d be right to ask: so what are you so worried about, exactly?

Well, yes, things are not as bad as they could be. We are not going to sell many maps this year, but we can still make the new products for 2021, while personally still having a way to put food on the table. I am very grateful for that.

And yet, anxiety mounts. because as I said elsewhere, I have this feeling the world is just not going back to business as usual, which could be a good thing in the end; I think this global transition, and it’s economic fallout, are going to last longer than we think, and we are going to struggle. I really hope I’m wrong here.

And I get anxious because I don’t quite know what to do with that, how to deal with it. It’s going to take a toll on our collective mental health, myself included, it’s going to be exhausting at best to keep up with it. I so hope I am overestimating this…

“What makes you hopeful about the future?”

The vast amount of time I used to have for free thinking and experimentation has shrunk significantly with a growing family, so risks are more risky now. That could, in theory, make me more focused and persistent, but I am not so sure about that yet. I hope it will.

I am also hopeful because this global crisis is exposing, yet again, how the global economical and political systems are not really serving the majority of people all that well (I am aware of my privileged position). In this I hope for a collective chance to stir changes towards a more …“healthy direction”. One must hope we won’t botch it again! *

I have no recipes for how to do so though. I perhaps just don’t know enough to be sure of what I personally think either, so I am implicitly hoping for some guidance here, mentoring even, that could help direct our tiny efforts to a right-ish target, so to speak.

Finally, I think most of us are going to publicly grow our appreciation for community, at various scales, and towards the people that serve such communities too. Again, I really hope this lesson could be widely learned, and deeply rooted. Enough for societal rewards to be adjusted accordingly. If it sounds naive, it’s because I am a little, most “entrepreneurs” are, or we’ll never even try to do what we do.

“Human beings, who are almost unique in having the ability to learn from the experience of others, are also remarkable for their apparent disinclination to do so.” - Douglas Adams.

5 Likes
What to do when losing work during Covid19? Community calls each Tuesday noon
What we are learning about strategies to cope with loss of work
Weekly Update: Please update this list of content to promote for the coming week
Do you want to join our Covid19 Community Response? A breakdown of Edgeryders activities, roles, tasks and workflows
Are you struggling with loss of work? Share your story and learn from others this Tuesday at 12:00pm
alberto March 26, 2020, 12:37am #9

Wow, great reflections, thanks @alessandro_mambelli. One thing that stuck with me is:

I should have acted more decisively while we had time, and build our semi-off-grid dream house in the countryside already, with a lovely community to share the space. We’d be better prepared now to ride this storm, and in a much happier state by now. I knew something was coming, I just thought we had more time…

I have similar thoughts. Even the prototype Reef is working quite well in the pandemic (“hot area”, two kitchens, home office, courtyard…). But if we had the full Reef already online (#earthos:the-reef – I am going to post a chronicle of how we fare soon) we could be a beacon of the neighborhood. We would be making masks in the hundreds, and electricity. We are working on it, but these things are so damn slow…

Our products and services became my source of livelihood, or rather, my contribution towards it, as it is frankly not enough to support my and my co-founder’s families yet. But we were slowly, steadily, growing towards that, before the pandemic hit…

Do you have any investments or capital being drained now, or is it mostly the loss of income that affects you?
Example: I am starting to pay for a professional kitchen to do food production - and I was relieved that the rental contract only starts mid April, thus saving me at least month of expenses which would have been out the window because I couldn’t have used it anyway these weeks. And some other small things like this which make the loss more of a loss of time = loss of income, which is the better situation to be in for low overhead companies.
Just a headsup that there is no link to Cartisan in the text…

Well, yes, things are not as bad as they could be.

I very much appreciate your humbleness and how you position yourself with some distance. I hope I didn’t skew your perception when I was so adamant in the call: I insisted that we should acknowledge how bad our situation is relative to the world.

how the structural inequality works, and how that made our society much less resilient to situations like the one we are currently living in 2020

Speaking of, this is the article that breaks your heart: 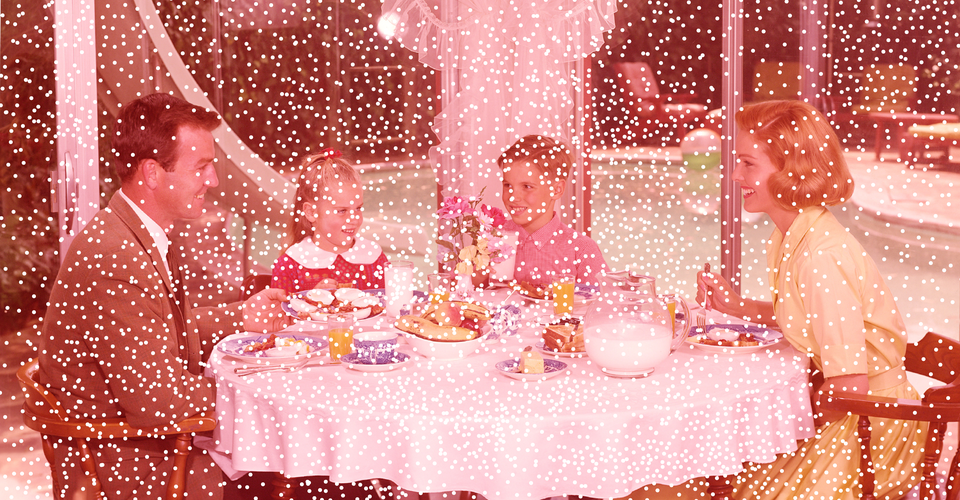 The Coronavirus Is a Disaster for Feminism

Do you have any investments or capital being drained now, or is it mostly the loss of income that affects you?

No investment, and I am actually not welcoming any growth that isn’t organic (I got burned in the tech startup world before, remember?). So we only sell our services and products, as well as fundraising to produce specific new products directly with stakeholders that see the benefit from such product to exists, and therefore choose to sponsor our work.

Also, pretty much all the tools we use are free and opensource (mainly OpenStreetMap (OSM), JOSM, QGIS, Inkscape, TeachOSM), so the main fixed costs we have are at printing time. But our process is instead quite labour intensive, as in, we actually improve maps by drawing from satellite/drone imagery, and we like to do it by hands, in partnership with people that spend time out in the mountains collecting data; data that we drop straight into OSM so everyone will have better maps of the areas we work on, regardless or whether or not they buy our stuff. And that’s a feature

No, I genuinely think it could be worse. Suffering is not something I’d measure in relative terms, in general, but sometime it’s healthy to maintain some perspective.

this is the article that breaks your heart

I was talking about a different scale, but even so close to family unit, believe me, I get it: we have a small and active child, and even though we get to spend more quality time with him now, I sometimes miss kindergarten and our trusted baby sitter. We split care between us, some days are actually blissful, some other ones… well, that’s when you think of giving another raise to the nanny when she’ll be able to come again.

A friend and colleague of ours is a single mom, working from home. I can’t even fathom how that works without breaking someone…

Even the prototype Reef is working quite well in the pandemic (“hot area”, two kitchens, home office, courtyard…). But if we had the full Reef already online (#earthos:the-reef – I am going to post a chronicle of how we fare soon) we could be a beacon of the neighborhood.

I bet it’s working well for you: nice people, nice space, a garden, and a working external supply chain …Enjoy!

I am giving myself some time to research more about this, and there is plenty of material on EarthOS. But I am starting to feel the urgency for real now. What if we have this summer only before things get really ugly? And if they don’t, wouldn’t it be worthy anyway?

I feel the most crucial component is getting some friends and families on board with this. It needs to be a community for it to work. Without that, it’s libertarian prepper nightmare scenario for me.

this kicks off today work.edgeryders.eu

Thanks. Just in case you didn’t know already, when you click on any of the members’ flashcards, you get an error “Oops! That page doesn’t exist or is private.”