In one of our breakout sessions at our coworking event participants shared their first-hand experience of what’s happening in the sector. Interestingly the number of workers returning to spaces seems dependent on location, with players in London finding people slower to return to buildings than those based in Barcelona.

“It’s a lot quieter, even though we’ve opened up a lot of (other) stuff. I don’t know what everybody else has seen, but it is definitely quieter because new behaviours have been formed to a certain point.”

“In London we have a call twice a week with coworking spaces and people from across the UK gatecrash it, but mainly it’s people in London. It’s been a slow… there’s places that are established that never closed and they were only open to members. So people kept on going in.

“Mainly it’s because people just don’t want to travel. And there’s other spaces that haven’t opened because as soon as they’re kind of bigger. As they open it will cost them to be open. And they don’t know what’s going to happen. The biggest takeaway is spaces that had a very strong sense of community are struggling because of business rates and stuff like that.”

“…every borrower does business rates differently. So, some people got paid out and support straight away, and some people are arguing about how their coworking spaces… And even people paid more to be there and things like that to make sure it survived.

“Week one, bar two people, there’s one guy who basically had the place to himself. It was like a penthouse looking out on the sea and he would have kids at home. So, it was completely safe and he did keep going back in, but everybody else, I mean, everybody reversed, everyone just shut down. And in fairness to our government, and they stepped in and helped everybody immediately, with all the COVID payments.”

“… all the members stopped. Now, we didn’t know…We kept saying (that) we hoped that it is a pause button, not a cancellation button. And we can slowly see people starting to even ask can they even come back in for a couple of hours now?

“If people have children at home and we don’t know whether they’re going back to school in September, the kids. Certainly, childcare is a big problem, but again, it’s the same everywhere.”

“I had a crazy last few months. Barcelona actually reopened a decent amount. I went to a couple of coworking spaces there before I left. I went actually, so I went a couple of times just to see how it changed.”

“So when it first opened within the first week, there was a small number of people, like one or two, and they’d only opened one of the three floors at the space I went to. When I went back, three or four weeks later, they had opened up one of the other floors cause they they were trying to make decisions on how they reopened and they were really just doing it based on the demand of people actually showing up.”

“And so they really may only make decisions to change. They, we were at a bit of a distance and then they the typical, let’s clean our hands and all stay away from each other a little bit, but no one was wearing a mask inside. But the cleanliness was pretty well kept up, but that was really about all they did. Like I didn’t see a whole lot of other protocols that they put in place.”

“I haven’t seen it in Barcelona (screens). I saw a conversation in Tel Aviv, they did that in Israel. That they did it in some of the spaces that opened up. Granted they’re closing back down a little bit. So, we’ll see.”

“In general it’s mainly just been distancing. And then some level of wearing a mask a little bit more often. That’s mainly what I’ve seen, but when I was there, I don’t know, I kind of go through stages.”

What has your experience of coworking been throughout the pandemic? Are you a member at a shared space or do you run one? We’d love to hear other people’s first hand experiences!

1 Like
Conversation Overview 3rd of September 2020: Working Together - Coworking
Weekly Update: Please update this list of content to promote for the coming week
LauraRoddy August 20, 2020, 2:58pm #2

This may be of interest to you, feel free to share your thoughts 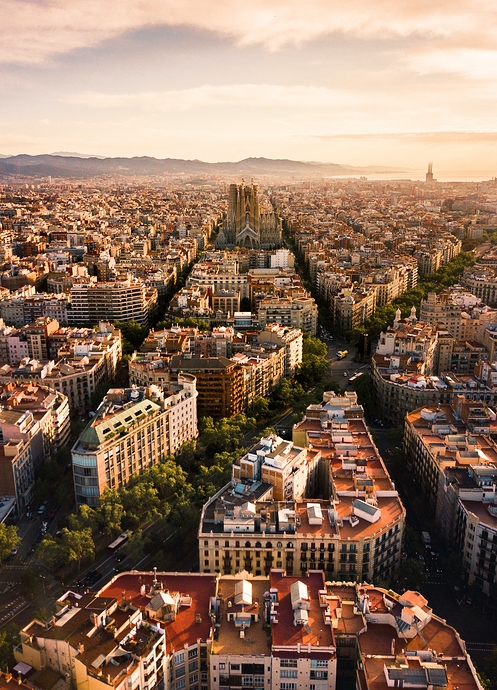