“People who have allergies or sensitivities to certain food additives should check labels carefully.”
http://www.who.int/mediacentre/factsheets/food-additives/en/[text-direction=rtl]


Allergo Kì is a project developed in the frame of MIR (Maker In Residence) activity for opencare at WeMake. A team of designers came out with a project for a round display designed for restaurants to represent allergies to food and customers needs in case they are allergic to specific kind of food.
After the post called AllergoKi | Agile kick off at WeMake, on july 31st a post titled Allergo Kì | User journey experience, interviews and prototyping was published. Then a post about Allergo Kì | How to represent allergens with icons describing the study on the icons, and on august 10th a post named Allergies challenging restaurants by open design followed, deepening on some social critical aspects about the situation allergic people must face if they decide to lunch in a restaurant. What is really of concern here is the attention to this topic given by people involved or simply interested in opencare represented by a quite above average numbers of reads. 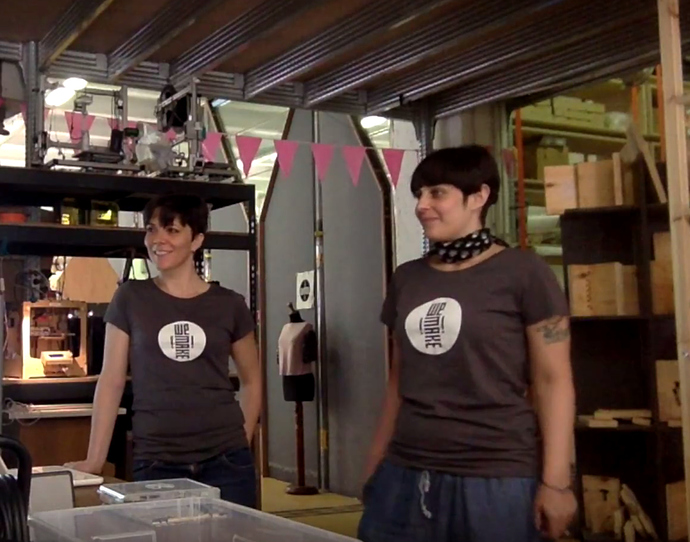 Screen Shot 2017-09-03 at 18.24.11.jpg1540×1210 417 KB
Following Allergo Kì team vision we should develop and disseminate new ways and artifacts to bypass classifications (i.e. socially defined differences) about our daily lives, bodies, disorders and habits. In the case of food allergies the usual and social representation tells about people with food allergies as exceptions of the tacit and shared rule about what should be eaten in a restaurant and how we should behave as “paying eaters”. We can eat hindi, japanese, italian, tex mex, fast food, but what about serious global issues about food instead of laypeople geography represented by the restaurants? Fast food restaurants are said to be global, but what about global issues about their food when customers ask for a lunch without onion (Star, 1990)?
Moreover, it is a real contradiction between health global issues and how restaurants shape customers when we pass from the view in the food industry to the one shared by the World Health Organization tells about something that sounds like: we have on one side the “normal” people, while on the other “those who cannot eat this or should check labels carefully”.
Food allergy is a rising global health problem and, as reported on the White Book on Allergy (WAO, 2013), it was in 2013 a problem for 240 million people up to 550 million. In Europe (Mills, et al., 2007) numbers are also impressive and count between 11 and 26 million people interested by the problem. These statistics are of course not updated and the situation might have become much critical. There is concern about GM foods (FAO, 2001). The same White Book includes in the key statements about food allergies: the issue of quality of life of sufferers (mainly children) and the need for advocacy of “stakeholders” that “must be prepared to meet the needs of patients by enhancing the diagnostic process, the traceability of responsible foods, and the availability of substitute foods, assisting hospitalized patients, and preventing mortality” (p.54). Although labelling such people as patients, the problem is tangible in the healthcare world, but less outside and in the wide social context of food industry and restaurants where it is still considered a sort of exception that may not occur in the daily work routine while is about a growing percentage of possibile customers.
Read more about Allergo Kì challenge: https://legacy.edgeryders.eu/en/allergoki

Star, SL 1990 “Power, Technology and the Phenomenology of Conventions: On being Allergic to Onions”, The Sociological Review, 38: 26-56

Does anyone have thoughts on why Allergies are rising throughout the world? As well as following new “treatments” for addressing it?

Been following a UK firm Circassia for a while now. They had a couple projects in the pipeline for years, but I don’t think any have made it to market. http://www.circassia.com/pipeline/

Not much else though, so it seems that most industry don’t see a profitable realm outside of symptom mitigation. Which is telling because it might mean that allergies are more misunderstood than we are led to believe.

Is it the food itself that is causing the reaction, or was it the processing of it? Or some sort of combination of other environmental factors… I don’t know. Could it have to do with Western diet habits, the 3 meals a day routine, mostly processed carbs, no fasting, lack of short chain fats. Inflammation within the body could be addressed through diet and other lifestyle changes, and dosages of offending molecules aren’t well understood either.

Apologies for the rambling. Allergies are definitely something I think about since I got tested 3 years ago in the USA with the prick test. The results came back that I was literally allergic to everything, Grass, Dust, Pollen, other stuff I don’t even remember. My arms were all hives. Fast forward a couple years, through some changes in lifestyle, I actually have mitigated many of the symptoms. Anecdotal, but I’m very skeptical now of medical establishment’s ability to dictate what is ailing us, and more importantly, what are some solutions…

Does anyone have thoughts on why Allergies are rising throughout the world? As well as following new “treatments” for addressing it?

Could it be heightened awareness leading to more complete reporting, like with sexual harassment? In my lifetime (I am 51) the air, water and food have become much cleaner and healthier, if anything.

Not much else though, so it seems that most industry don’t see a profitable realm outside of symptom mitigation

Could it be heightened awareness leading to more complete reporting, like with sexual harassment? In my lifetime (I am 51) the air, water and food have become much cleaner and healthier, if anything.

WOW, that’s really interesting. This is gonna keep me up. In the US, we assume that thinks are on constant decline… Never framed it this way.

Never framed it this way.

You know, I grew up in an industrial town in Northern Italy, during boom times. Full employment, high growth, the works. The town is called Sassuolo: it was then, and still is, the world capital of ceramic tile production. At the time, it served 40% of the world market in ceramic tiles.

Ceramic tiles are a support of clay which gets sprayed with a kind of paint called glaze. The whole thing is then baked at high temperatures ( ~ 1,000 C°). The glaze vitrifies, and the tile becomes chemically inert. Glazes, however, often contain heavy metals to make pretty colours and aesthetic effects on the finished tile. This stuff was liberally sprayed in the air in manufacturing plants, where it entered the lungs, skinpores and bloodstream of workers.

One of these metals was lead.

Once in your bloodstream, lead stays there forever. It can even be transmitted from mother to foetus.

When I was 6, in 1972, someone discovered that 12% of elementary school kids had “too much” lead in their bloodstream. There was a major scandal. I remember that teams of doctors and nurses would come to our schools (very basic back then, we had no infirmaries etc…) and take blood samples from all the kids.

Walls were black with dusts. Most of it was just clay (but even chemically inert PM10s are dangerous, as we now know). It was a hideous place.

My mother and one of my sister still live there. It’s unrecognizable now. Environmental regulation got the best of all that stuff. With time, they put in a park or two and prettified at least the town center.

My mother and one of my sister still live there. It’s unrecognizable now. Environmental regulation got the best of all that stuff. With time, they put in a park or two and prettified at least the town center.

Yeah, really interesting. Growing up in Shanghai and Hsinchu, Taiwan, I remember when I moved around Asia and seeing yearly changes from green environments to concrete ones, so I had this framework of going the other way, haha. And my limited experience in around the satellite towns around Kampala, Uganda. Seeing pictures of what was and the present severe desertification.

Ceramic is superclean now, at least in Sassuolo. The big push started in the late 60s, and was complete by the late 80s. But the boom years were a mess.