Edgeryders and unMonastery: what changed and what remains the same 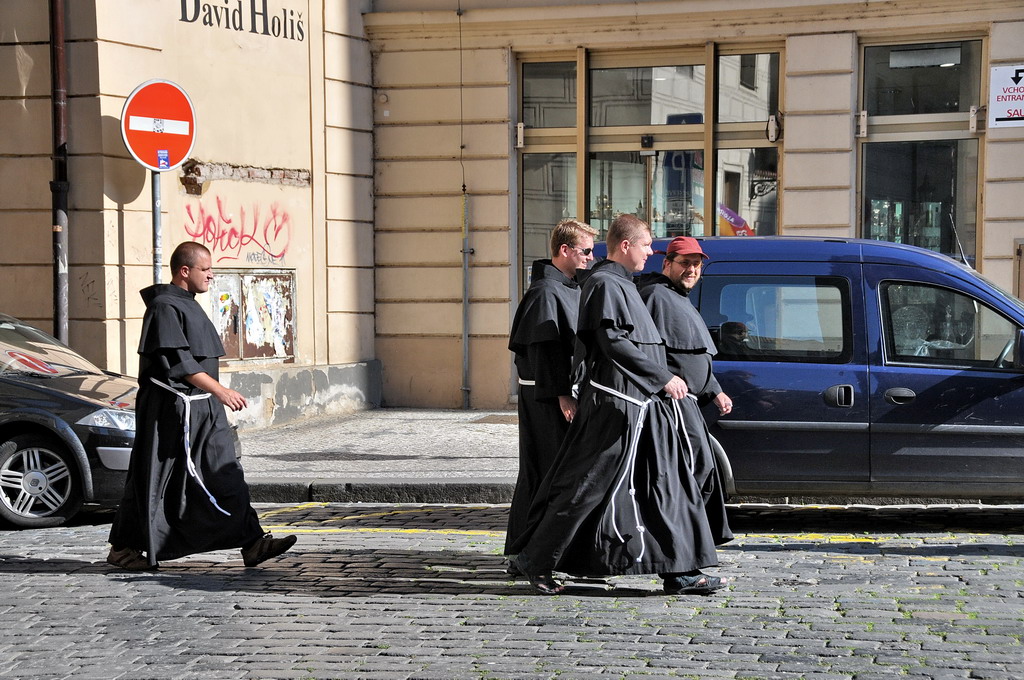 This is a post written on behalf of Edgeryders Lbg* and comes after two of our company directors - @Nadia and @Alberto - recently received invitations to become members of unMonastery Lbg organization registered in January 2015. As we understood, the invitation was made in recognition of the work they put into the unMonastery first iteration. Although they considered, none of them accepted the offer.

We’d like to clarify to all who have been asking, or are still wondering, that Edgeryders Lbg and unMonastery Lbg are now two distinct organisations with distinct directorships and leaderships. The companies can have directors, and already have members (equivalent to shareholders in a conventional company, but they have no right to dividends) that individually and informally remain close to both networks.

Often, in the life of a project, there comes a time when some of the people behind it think they could do better by creating a version of it that incorporates some differences in structure, or goals. Hackers call this a fork, and generally consider it a good thing, because the community gets two projects instead of one, and each person can gravitate towards the project she feel closest to. Forks have typically at least two prongs, and we at Edgeryders are still fascinated with the unMonastery idea. We agree that many things in the Matera iteration should be improved, and we have some ideas over where to start.

So, we reserve our right to develop other future projects called “unMonastery [name]” depending on where it will take place, and encourage anyone, anywhere, at any time, to do the same in the spirit of open culture. We commit to clearly marking new unMonasteries as developed by Edgeryders, to avoid confusion. Those projects will be subjected to EdgeRyders social contract, keeping the concept, name, domain name, logo and brand in the commons. Under no circumstances will new iterations aim to influence the number, design choices or other characteristics of other unMonastery Lbg driven projects, and we expect the reciprocal to be the same, unless a partnership is established.

We wish unMonastery Lbg well and we stand proud that collective efforts of people from all over the Internet are paying off in newfound paths, projects, modes of self-organisation. Since membership in an organisation bears responsibility upon the person holding it and ourselves having learned a lot (and messed up!) since Edgeryders incorporation, we really welcome all of you involved in the new setup to reach out should you need it. We keenly recommend you avoid, in the future, our past errors of centralising information, lack of transparency and trusting the wrong people. In love, we have to observe that the forking process itself was quite untransparent, and are quite worried that you are headed for the same mistakes we made. In view of this situation, it is probably best we do not try too hard to work together until the main issues are worked out. To avoid wasting people’s time here as we did in the past, we make ourselves available for chats.

Other than that, so long and here’s to new futures!

The names of people involved in the Edgeryders company are here.

The names of people involved in the unMonastery company can be found here.

*In British company law, Lbg is a private company limited by guarantee.

This blog post was contributed by Noemi and Alberto. Photo credit: Face_me_pls on flickr.com

I know I have been silent for quite some time, but try to follow your work the best I can. I will be  in Palermo for the “YOU.CO.DE. Young Community Developers” Seminar. As part of the program of seminar, there will be a local event in which the project participants will meet local organizations from Palermo and Sicily to share a project that bring a change in a local community. Given the context of Italy, I thought that it will be interesting to talk about the unMonastery. Palermo was one of the candidate cities for the title of European Cultural Capital of 2019. I think it will be interesting for them to find out what happened in Matera.

I have already started reading to refresh my memory and pick up on the stuff I missed. Given the fact that the time is pretty short and, could you please share some presentations you have about the project itself (especially about the results, findings of the prototype in Matera). I ask this for two reasons:

This is the list of the key resources I managed to find so far.

A Good Move  — unMo2 Una Giornata a Piccianello Her fellow unMonasterians were aghast at Katalin Hausel, when already in the second week of February she was declaring that our real work shoul… 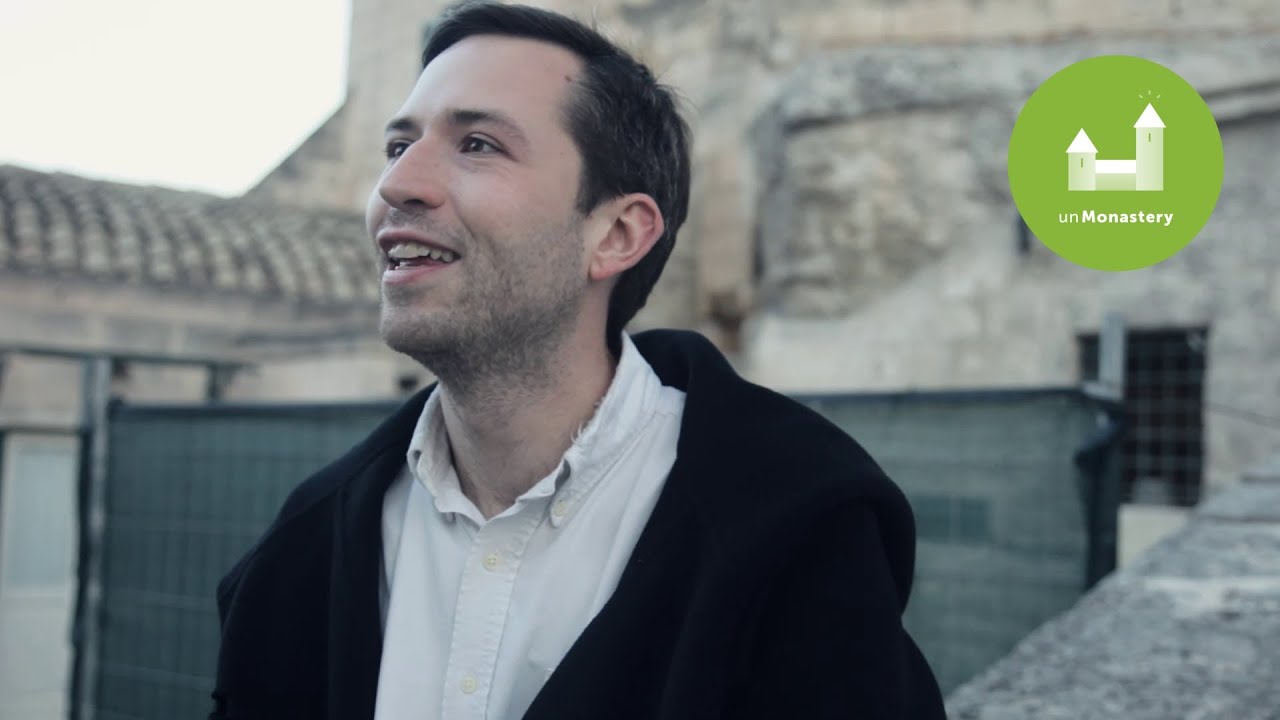 I already shared with you what I had found spread online… and hope you pull from it what’s most relevant for the audience in Palermo. The rest is up to @Ben and co., or anyone who knows more and wants to send out a call via you.

What’s startling, even after years, is how the unMonastery lives in the collective conscience of folks around here. You travel the world, you go to interesting events, and feel at ease about telling the story even though you’re participating from afar and maybe haven’t even been to Matera. This is a testimony to open collaboration. So proud, and so looking forward to new unMonasteries, wherever they will be.

I think vague memories from the distant past.  If you’ve never before been to Palermo – I was there all too briefly in September and loved it.  – Please let me know if you meet any young community developers from Cianciana ( 2hrs southwards into the mountains.); I may complete a circle with them.  Now, I’m in Athens wrapping up the latest preSummit meeting of the unMonastic clan, and performing a site inspection of a promising location up-country.  I’m in transit tomorrow, but could then have a Skype call of some kind to bring you up to date, if that is what is desired, on Wednesday or Thursday.  Not sure how short deadline your short deadline has.

Currently I think that the best literature on unMonastery is not really on your list.  Depending on your needs: the developments in Athens are indicated here and the (best yet) philosophic discussions are distilled in Code/unCode; Chronicles of the unRuly volume #1 (downloadable pdf).  Also in our Discourse and Medium pages is a lot of the current understanding.  None of this is a tidy summary that you would like so much; I would like to encourage you here, but I am not sure that we do tidy summaries, however some of the text at the beginning of Stakeholder’s Handbook may be useful.

Keep me in the loop,

Andrei! How nice to hear from you again.

Ok: I am reasonably well connected in Palermo. Specifically, I can connect you with the thriving open data community and with the “old school” (my generation) anti-Mafia movement. @Alessia is originally from there, she moved to Rome a couple of years back but she knows, of course, absolutely everybody. Let me know (or ask her) if you want to be connected to people in that crowd.

My links below. When possible, I give you Italian translations too, they might help connecting with Italians in the crowd.

Katalin’s article in Stir magazine gathers material from most of our up to date sources and should be the most helpful in explaining where the movement has evolved.  I’m back in Bergn now and can talk tomorrow.  My epost directly bem-dot- davies-at- gmail.com