Edgeryders are going to Galway: connecting local projects to global networks in the bid for European Capital of Culture 2020! 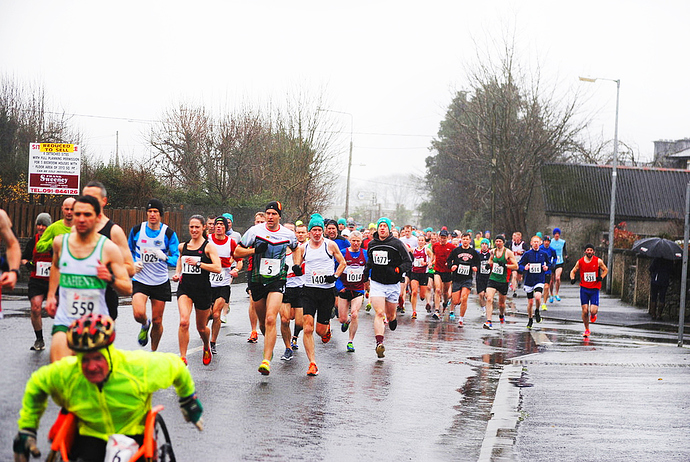 Galway is a bohemian city on the Western edge of Ireland, with its charm largely underwritten by mythology, nature and language (the Irish name is Gaillimh and means stony [river]). With 75000 inhabitants the City, together with Galway County and the Islands, is currently shortlisted for becoming European Capital of Culture (ECoC) in 2020.

Starting this March, we are joyful and excited to kickstart a collaboration between the Edgeryders organisation and Galway City Council leading the Galway 2020 bid. Our mission is to support the team by working with local groups to identify citizen led initiatives in civic, social, tech innovation and areas in between; help projects make it into the bidbook before June 2016; and infuse them with deep European/ global thinking.

If you participated at Living on the Edge in Brussels last week, you may have met Niall O’Hara (@NiallOH) and Thom Stewart in our session about ECoCs. They made a case for opening up the city’s bid to the many interested citizens and groups that risk falling off the radar during such large scale, programmatic cultural planning. A lot of great ideas get lost and don’t make it into the bidbook because there are no consistent feedback loops to support them evolve into full fledged, well planned projects with capacity to deliver.

Edgeryders is a good ally in this situation because we speak the language of skilled communities: we like to go to the very isolated places where radical innovation is born. We don’t ask about organisations and paper partnerships, we want to shake hands with the people in the trenches and work together in open, cheap, effective ways. What we bring is an outlet that is bigger than the sum of individuals and projects - the Edgeryders network (digital and physical). Being a connected node in this environment lowers the costs of forging collaborations and makes it easier for ideas to find good matches and kindred spirits across the border. Having worked in Matera, Tbilisi, Cairo, Bucharest etc, it appears that change makers on the ground have much more in common with each other than with their respective local establishments. We learn a great deal together. For the cities that fund collaboration, the added value is fulfilling two important conditions in the ECoC grid: (1) projects be participatory and engaging many citizens and (2) projects be European e.g. in conception and scale. This and the possibility of winning helps raise the profile of their city.

How this will play out is that myself and @Alberto will each be spending a few weeks in Galway to meet people with ideas and projects in the region that can grow into solid collaborations across the borders. It is hard to say now what those will be, but essentially we’re on the lookout for cases where citizens take the lead in making innovation for the common good - whether it’s solutions to social challenges, pieces of new cultural infrastructure, novel methodologies and uses of data and technology, or intersections between these (did you know that CoderDojo is Ireland born?!). Once we find them, we will help frame them in programme language and structure, show compatibility with the bid concept and themes, and offer a credible delivery model with European partners and scale.

We will be blogging and calling for help all the way! So, Edgeryders:

Looking forward and see you soon!

#Edgeryders culture  #Galway2020 | and from now on…  #IBackGalway

I am still overcoming the wave of hatred that was generated by my participation at the #LOTE5 event, and this news is a step forward in that sense. I am glad to know that other communities will benefit from the intriguing mix of Edgeryders and bidding to ECoC and would love to know more and get involved in some way. So good luck to you, and help citizens make the best of the most magic moment of the journey: the bidding phase!

What do you mean by that?

I’d like to know, too. That doesn’t sound right and if I know one thing, it is that for the success and sustainability of anything humans want to achieve together, the quality of connections is key

This might not be the ideal thread for it, but I’d find it odd if your comment got ignored and the ER community simply to proceeded “do things”.

What happened was unfortunate - Ilaria had posted on social media about coming to LOTE and speaking about Matera 2019, and people involved in the European Capital programme in the city got infuriated thinking that she is speaking to European institutions and she has no right to represent officially the team. In fact, Ilaria was invited as an individual - as most Edgeryders are - and she was legitimate to speak from her experience since she had been heavily involved in the city’s bid at least during 2013-2015 (maybe even longer). I dont have any sources in English, but in Italian here’s one by Giovanni Calia clarifying, whom you also met in Brussels.

The situation in Matera is quite toxic. There is really not much we can do about it. That does not mean the issue went unacknowledged; we talked to Ilaria over the email already during LOTE5. She knows that Edgeryders LBG, as convener of LOTE5, will release a statement backing her position if she wants one. At the same time, she has been advised not to apologize, not to ask to be defended; she did nothing wrong, and apologizing would be yielding to unreasonable requests. So, for now she has decided not to engage further with the polemics.

All of which there is, sadly, no alternative to going ahead and “doing things”, not that I can see.