So here we continue thinking out loud about possible houses in Egypt but with some Imagination as @m_tantawy likes to put it … @m_tantawy had already taken the initiative to suggest existing places that are already functioning and can rented directly with minimal site developments efforts. Here we can brainstorm about places that are creative and need to be worked on to get them to reality…

I will start with my second favorite spot (after my bed) in Hurghada. The site is a semi-abandoned complex of a former restraunt (that was really good) and some chalets overlooking an abandoned beach. So my idea is the house can consist of two chalets for residents (males and females) and the restaurant for the workplace.

Here are some photos from google earth 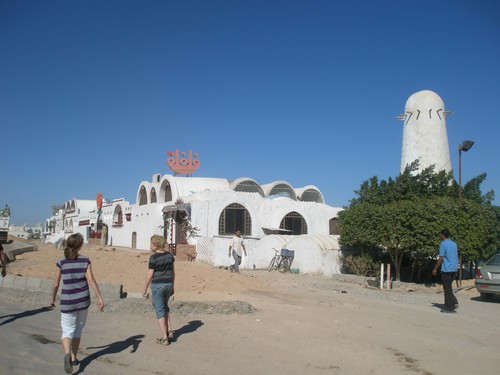 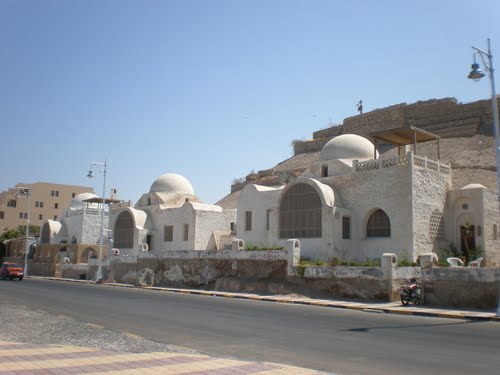 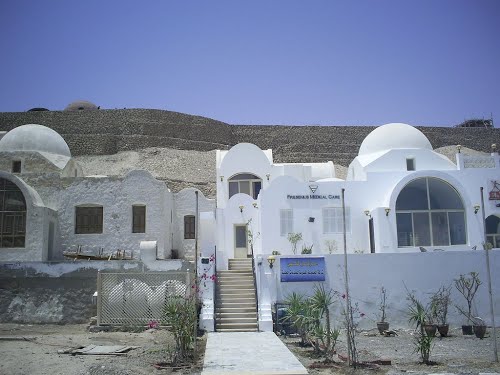 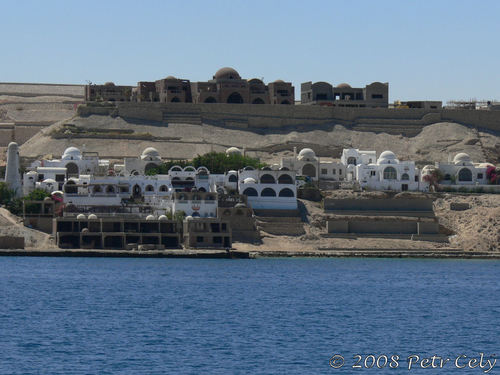 The site from the sea-side 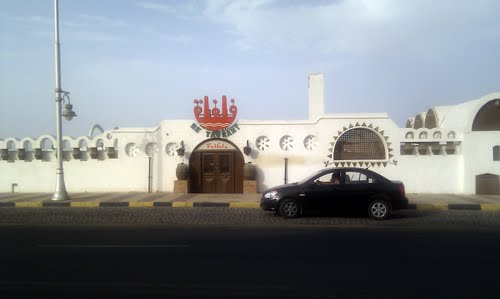 the facade of the restaurant 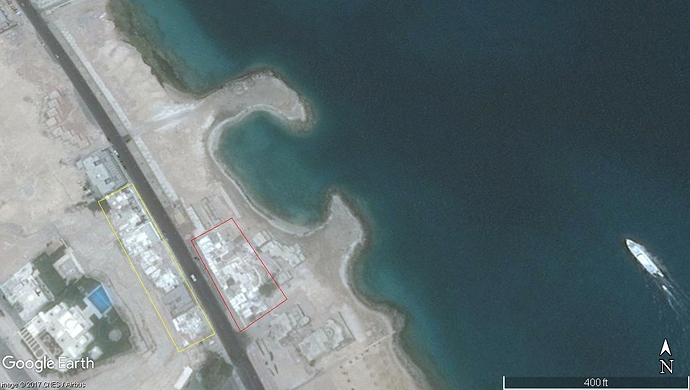 the red polygon marks the restaurant and the yellow marks five or six chalets across the street. the beach over there is abandoned, rumors say it was sold for an investor but till now people go there as it’s the only “free” entry beach in Hurghada (through the broken gate).
I don’t know why it’s abandoned for years now… it was a landmark during Hurghada golden years of tourism…

Thoughts and other ideas are welcome

Thank you Heba for sharing and supporting the idea !

I don’t know why but you raised the idea for me to be squatter on this place, this reminds me with the examples that Failure Architecture always mentioning about the neglected spaces that has be squatted by people .
Felfela is a really good start for the brainstorming . I will be in Hurghada next week isA and I will take some photos for you >> If you have any questions i can include them on my site visit …

Heba and the other edgeryders form Egypt: amazing initiative!!

I’d love to see an Egyptian Reef / OpenVillage house come up, and am really curious what identity and sustainability plan (“business model”) it will get. Let us know how the Edgeryders company and community can assist!

Second Matthias. I am super-interested in following up with you guys and comparing notes. But would you personally, @Heba and @m_tantawy, move on into an Open Village-style dwelling?

move on into an Open Village-style dwelling?

yeaa sure , from what i heard from @hazem the open village style can be copied in many spots. actually i liked your documentation about How The Reef might work in Brussels and i think we would need something solid like this to start the Egyptian Reef

why wouldn’t I? … It sounds like a good company and a constant inspiration and learning experience since you don’t know what the community would bring tomorrow … It also depends on the practical arrangement … since I imagine I wouldn’t have a 9 to 5 job but still need to earn money out of whatever I do and that needs to plan your residency based on your work

Well, The Reef is an arrangement to spend less, not to earn more. Here in Brussels we can live better for less money, because we share the space with each other and with a small company (Edgeryders itself). Yes, we still need to earn a living. We find it may be a little easier with the right kind of mix in the house.

Are you going to be in Brussels next month? I really want to do a spreadsheet session to work out the sustainability model of Reef-type arrangements in different cities, neighbourhoods, sizes…

@heba do you know how we can use the space, who should we talk to ? to get access to the space any agreement to make to use with low rent and offer some public facilities and revitalize this

Hi @Heba so if you have a 9 to 5 job or wish to hold on to a stable income I can see that the simplest step could be to try co living with others: paying rent (is that something you do anyway nowadays?) but living with not just anyone, but like minded people with whom you can use the free time to work together on stuff you want to do anyway. In Brussels we also don’t do more hands on projects because me, Alberto, Nadia are all involved in edgeryders consultancy - which is online and already sustainable - able to cover for us partially, as Alberto mentioned. So we didn’t join to work on a set of smaller projects.

@Heba I am wondering if you considered Dahab in Sinai at all. Many of my friends in Cairo who have startups are interested in moving there, and having visited that place a couple of times I found it to be incredibly charming and inspiring.

yah I think also @jaycousins is up to something in Egypt?

Very nice, but why haven’t you considered areas such as October and Sheikh Zayed?
1- There are 6 private and one governmental (Faculty of Engineering, Cairo University), in the area.
2- It’s central between Cairo (~30 min) , Alexandria (2 hr), Fayoum (1hr) , Bahareya (4hr) Guiza is a large governorate!
3- Population’s density is low compared to other cites, areas, districts in Egypt
4- There are also communities of refugees, for those who work with refugees.
5- We can rent a town house or villa or two apt with a garden, and cultivate leaf vegetables, potato, tomato among other. Plants give hope

6- Services are available, hospital, supermarket,
etc
This is based on my understanding that the Reef is an urban space.

good idea @amiridina actually new cities in Egypt make a good start … it’s relatively easy to get properties there … however the other new cities are even cheaper … we have 40 new cities most of them are abandoned except the ones around Cairo (that includes Zayed and October cities) because of the centralization model and the upscale Real-estate business
the question is should we take advantage of the perks of the centralized services around cairo or should we go out and create our own model that adds a value to another place?

check this Islam , I think we need more examples out side Cairo right now for similar initiatives , right @Heba?

generally I am with the idea of getting outside Cairo. but the problem with Sinai is it is not stable politically and the situation is escalating rapidly. Plus having the Tunnel as a main access, I usually cancel the idea because of the road ( checkpoints + tunnel) but on the other hand Dahab is surviving somehow. ( till now Dahab is working but I am not sure what will happen in the coming year or two )

I think realistically Fayoum, hurghada, could work…or even Menia, aswan ( i have no idea if this is possible in upper Egypt or not )

You were sadly prophetic about Sinai, my friend…