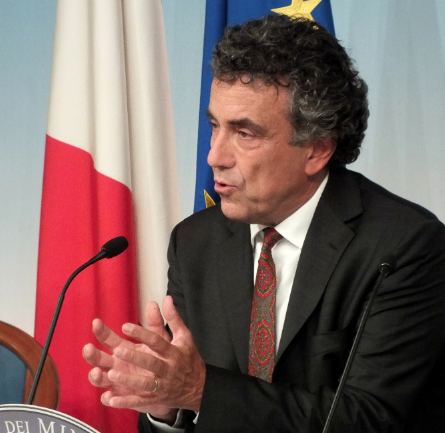 Fabrizio Barca is an economist and politician. He has held the positions of head of the Research Division of the Bank of Italy, head of the Department for Development and Cohesion Policies at the Italian Treasury, and General Director of the Ministry of Economy and Finance. He was president of the Committee for territorial policies of the OECD from 1999 to 2006 , and in 2009 he created the independent report on cohesion policies for the European Commission: An Agenda for a reformed cohesion policy. From November 2011 to April 2013 he was a minister without portfolio with responsibility for territorial cohesion in the Monti government.