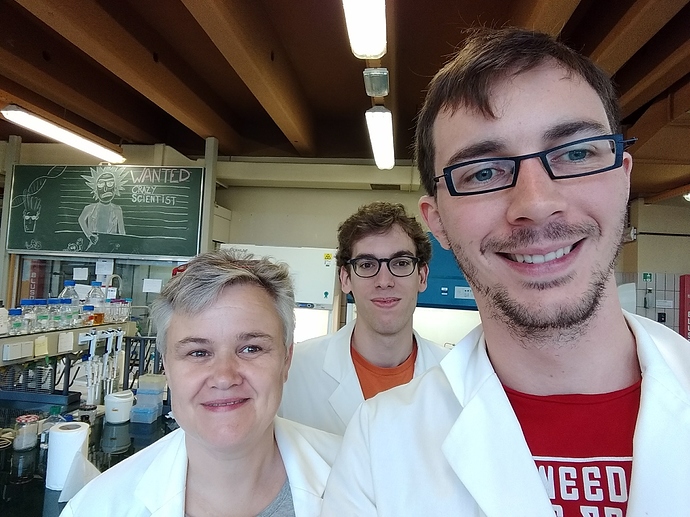 In August we synthesized strategic work we have done in ReaGent and Ekoli in July, we are taking some important steps with Open Insulin and we are moving into the next phase with the OpenVillage Festival.

July was an instructive month for the teams at ReaGent and Ekoli, the two nonprofits that share the open biolab in Ghent. We held three strategic sessions (one for Ekoli and two for ReaGent), to determine our focus points for the coming year(s). We had been building plenty of science related content, activities and infrastructure since we started (2 years ago for ReaGent, just short of 1 year for Ekoli). We had been mainly acting on gut feel so far, but the time had come to evaluate and improve our actions.

Several factors are the base of this: our rent will increase, we are growing and some aspects are professionalizing. The latter is particularly challenging in an environment where the people who need help the most, don’t have financial means, and there is a mix of volunteer and paid work.

I invited Filip Daniëls, a systems thinker and visualizer, to join us during the sessions and help make sense of the complexity we’ve created in sharing resources between two organisations.

From the sessions we’ve learned that we’re doing quite okay and are very aligned in terms of values. We did lack some collective vision and the practical details of implementation were not always aligned. Discussion on the latter topic ironed out the details and got us going on the right track again.

We had to think more economically than before. The costs to cover are substantial. Luckily, we have built so much content and expertise that can be exchanged for money somehow. The difficulty lies in the short term that it has to succeed, and the dependency on personal investment of a few people. Yet after simulations, it’s looking feasible. It is tempting to draw conclusions about how to really, and resiliently run a community space like ours, but I don’t feel like it’s time yet.

Are there general takeaways for other projects? Can we generalize what we observed with our projects? Not so much. Doing these sessions is the most important takeaway. So is looking from different angles and thinking from the perspective of an ecosystem, rather than an individual project.

In the sessions for ReaGent, what is an advantage for Ekoli was considered a benefit for ReaGent and vice versa. It is interesting how dependencies and assistance evolve over time. Ekoli used to be dependent on ReaGent, but now it is evolving to be an equal relationship, or over slightly the other way around when it comes to paying the rent. This is sure to change in the future.

What makes us able to do collaborate like this? Is it the fact that a big part of the team is active in both organisations? Is it the shared values? The shared space? Something else? I’m not sure at this point, though the first point is probably the biggest factor. I’m looking forward to future developments, where both organisations keep co-evolving through whatever ties them together. There are plans to formalize the link, as well as the links with other organisations that are heavily involved as our partners.

Open Insulin powers on. Good progress is being made in Oakland and we have also started lab work in Ghent.

It is still clear that more time and effort by more people is needed, and that we need to invest in the habits and digital infrastructure to make it possible. Hence my trip to Oakland will be important to implement the digital infrastructure, and I’ve been in touch with several team members there to prepare that.

There is a computational dimension of the project that is also very promising. It will involve the sharing and processing of scientific data by citizens all over the world, much like the celebrated Hubble telescope citizen science project.

I’m planning to travel to Cork to meet the team there in November, as they are starting their own Open Insulin efforts. With four groups globally, it is important to be on the same page and invest in synergies early on. 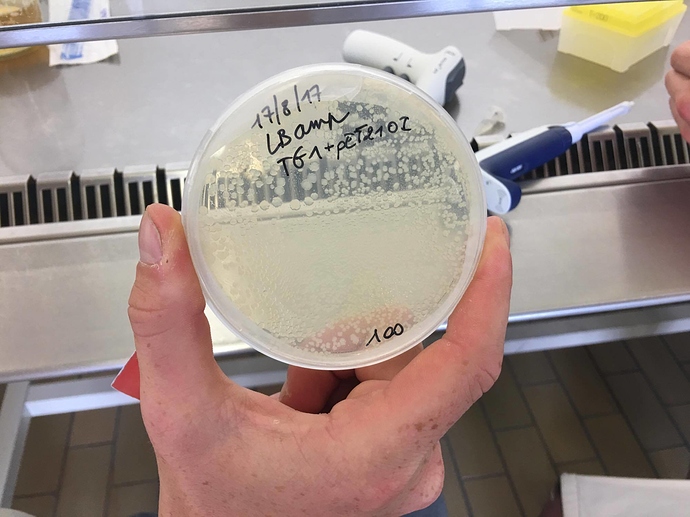 The lab work in Ghent took off, after a long search and waiting period due to logistics and legal constraints. We’re now reproducing the experiments in E. coli bacteria and designing a new yeast genetic construct, which is in line with the direction that Oakland is taking.

We have been supported in a major way by a department at the University of Ghent, and the team of volunteers here is putting many hours into the project. I think a congratulations and thank you to everyone is in order, for hanging in there since we started a few months ago

After an intense sprint in early summer, and a quieter period in August, the OpenVillage program is in its final forms and the communication efforts are ready to begin. It’s been a hell of a ride, chaotic and a lot of work. Even though it’s a while to the final party, it’s already satisfying. Co-fellows @gehan and @woodbinehealth have pulled off some amazing work!

Onwards, lots of work and travels around the world. Writing this from a friend’s place in Bratislava, where I’m away from everything to do some deep work. Then to Oakland for Open Insulin and a global DIYbio conference in September, where I’ll be meeting community members who are working on similar things! Yay!

This is some seriously good work, @winnieponcelet. And two really important pieces of news:

I am enjoying these posts, keep 'em coming. I am sure @owen enjoys them too, especially this one!

I’m also enjoying the posts - it’s interesting to see how you’re using the fellowship context for deep learning and thinking.

How exactly did you do simulations in the sessions? Does it involve numbers and cash flow predictions based on current products and services, or something else?

What is the core piece of feedback you’ve received from Filip? It seems from what you write it’s good to have an external pair of specialist eyes, but can’t put my finger on it still…

We didn’t go into simulations during the sessions, they had to stay light and high level. The simulations were mainly financial in nature and a dedicated team worked with those. The output was shared with everyone, though only a few people were really interested in the fine details of it.

We didn’t go as a deep as cash flow, just simple in and out analysis, because we do still have some flexibility in that regard within the coming (critical) period. A lot of thought had gone into it before as well: where to offer what product, who invests in which infrastructure, who covers what, who manages what, … And then another part is just ad hoc and in the moment.

The core feedback from Filip was positive: we enjoy what we do and we are very aligned. But the main value was not in that, we kind of knew that and weren’t so worried. He helped make sense of things here and there, by asking and synthesizing, before, during and after. I did meet him a few times one-on-one as well, which helped me as a facilitator for the sessions. That was valuable.

How do you mean?

Alberto was at our kick-off event in Ghent, we discussed it there (Sydney started around the same time we did). He may know it from there, but I think I wrote about it online before as well.

So interesting that even though our general projects differ in scope, we all face the challenge of rising rents, the struggle of structure, and time. Progress sounds amazing and looking forward to you meeting the folks in NYC!

I second that. Everywhere we go, the same. Just now I am having a conversation about the value of pausing to evaluate. Everyone seems to be weary of evaluation processes (internal and external, generally or for projects) because it sounds like a box you need to tick in overly bureaucratic projects. But I find the need to do that greater and greater… Not sure about the rest of you?

When are you coming out to Oakland? I am quite nearby…unless you mean someplace other than Oakland, California.

Some notes from an email conversation about fellowship and project progress.

I won’t pretend I understand the learning process. It is generally chaotic and serendipitous, in my case. However our (note: with @markomanka) conversations were enlightening and thought-provoking for sure, and some ideas will stick for a long time. They have influenced our self-reflection and helped sharpen some of our ideas that had been ripening for long.

Even though I am hungry to learn more, from you and others, the phase we are now in demands execution. Sadly, because I know there’s so much more to learn. Yet zooming out again now would feel like overthinking. Our direction is clear; it will take time, people and resources to move forward.

The execution will lead to new and unique insights in due time, for the next learning cycle. I’m extremely satisfied so far and excited by the outlook!

Yes I do. Email me some details about your stay and I can definitely meet up with you. tex@well.com