it’s been exciting to investigate good opportunities in 3 regions of Ukraine. According to my plan, I will try to cover several major regions (Eastern part of Ukraine, with a stress on rehabilitation of the regions), Western part, Kiev, Crimea/South of Ukraine and of course some other initiatives from center/north.

So far I was lucky to find good opportunities in town Slaviansk, which is in the Eastern part of Ukraine, very close to the conflict area. Found good initiatives that are based in Kiev, though had an all-Ukrainian effect. Had found specifically Kiev initiatives too. In the following wikis, I will share my notes from the interviews to get a little introduction on them. Each of the person/activist I have spoken to, had shown desire to register on site and share their cases, thus hopefully tomorrow, some of them will do that already. In addition, I hope to continue searching initiatives in Kiev/East areas in addition to the new on my planning list.

So here, it goes. First great all-Ukrainian initiative, that personally gave my chills the moment I have found out about them, due to preliminary knowledge on the matter, and due to great effect such practices are having.

Taken from interview notes/google doc for case formation after the skype interview. This case is expected tomorrow from Oksana herself

Oksana Potapova (https://www.facebook.com/oksana.potapova.902) is a bright young girl, who decided alongside of her peers to bring new technique to Ukraine that would combing things she like: new tools of communication and problem-solving, empowerment of people and of course theater. In the times of Maidan, and now after the emergence of war in Ukraine, the technique that is being used in the project: theater of oppressed. (https://en.wikipedia.org/wiki/Theatre_of_the_Oppressed)

The project is function for little bit more over a year, there were more than 10 performances made, couple of seminars in Kiev and other regions of Ukraine. The urge for the project has been conflict tension on Maidan and need for psychological rehabilitation and search for ways out of the conflict

The concept of the idea: Everyone who participates are doing activities on their own time. Theater works with ordinary people. The core of the performances are usual stories, that are either apolitical, or related to current political/social/economic problems. After discussion of the problem, the script is being formed, yet it shows only problematics and not the decisions. There is an ending to the script, but audience after watching the play can redo the ending and act an alternative version. They can offer a solution to the problem. Such practices disclose creativity in people, problem-solving, open-mindedness and openness of expression of inner thoughts, problems etc. It has therapeutic effect for the group that works with images and structures. it has rehabilitation effect and forms a dialog.

It is used in small circles. We are a platform for theater. in comparison with other practices this method includes game and exercisea, it is used in this format for different purposes. The game takes us back to the game spontaneous manifestations. The theater is largely the story of people - to humanize mankind. Via this project people are contributing to the socia structure.

People who come to the seminars, regardless of age and experience are included in the process quickly because the games are fun and they have the opportunity to open up. They have an opportunity to take a different experience.

In plans of initiative is to do more of the Newspaper Theatre, and Legislative Theatre to solve problems in media, and Law field.

Through the year, mostly such performances and seminars involved IDP problematics. Yet it raised other themes as well, like Maidan, propaganda, youth activism.

The initial team was composed of 6 people that were involved in the Maidan in different roles, from very different areas (human rights, journalists, students) and have had experience of volunteer theater.

Natalie, I look forward to reading the story!

In the meantime, maybe @Mikhail_Volchak knows of the similar activism through theatre in Belarus? Came across these guys a while ago… 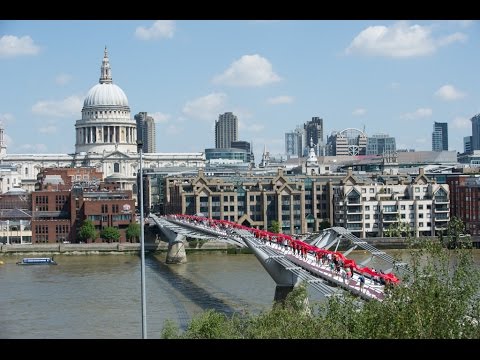 How did they start and how do people find them?

Hi Nathalie, thanks for sharing this it sounds interesting and Im curious to know more about how they got started. I don’t know if you saw this story about United Estonia, another project at the intersections of theatre and politics. Daniel who wrote it is in the community but I think has moved on to other ways of working with/within politics but it was a really interesting initiative and they learned some hard lessons about themselves.

I would be very curious to read Oksana’s reflections on what they are doing and what differences or similarities there are between the two approaches. How do people find their way to the theatre and what happens during the event and after?

Maybe also what she is learning about the situation in Ukraine and how others are trying to cope or other initiatives she knows of that are also trying to react creatively to the situation?

Nathalie, do you have high resolution photos of the people behind the project and the performances themselves? Maybe also images from Slaviansk?

a bit more info about Theatre for Dialogue

Thanks for your interest in our work, and thanks for the questions. Here is my brief reply to them:

Noemi: we have heard about the Belarus Free Theatre, but we have not worked with them directly. Their work seems to be more of a performative character (doing street actions and theatre plays), while for us the interactive format is the key. Another difference is that we don’t have a set crew of actors who perform in our plays. We work with non-actors, and for each play we create a new group of participants who are interested in exploring a certain issue together. Otherwise, yes, our work is similar to the Belarusian colleagues in the sense that we also try to raise awareness about social issues through aesthetic means of theatre.

Nadia: thanks for the link about Estonian project. I will take a look and will try to respond to your questions in more detail a bit later. In the meantime, here is a brief note about our work which I have posted on the Edgeryders: https://edgeryders.eu/en/theatre-for-dialogue. Also, you can find many photos of our work on our facebook page, in the “Photos” section: https://www.facebook.com/theatrefordialogue/photos_stream

I look forward to our exchanges!