September was a month of being on the road. I spend some time working from Bratislava and went to the US for a 3 week visit.

On September 9, I arrived in San Francisco. I was staying in a hostel in an edgier part of town (at least at night), because of the many social services in the area. All sorts of people who visit those during the day, hang out there at night, sleeping on the streets, nowhere else to go. A grim view of the US, which didn’t get better later.

Walking through the city the next morning, there were tens of homeless people every block. With massive skyscrapers in the background, the effects of the incumbent system are apparent: it produces winners and losers. Or as John put it: freedom to succeed, freedom to fail.

A bit later, in Boston, we got talking to two African American guys who ended up giving us a bunch of T-shirts. Mine sums up most of the talks on politics I had in the US. 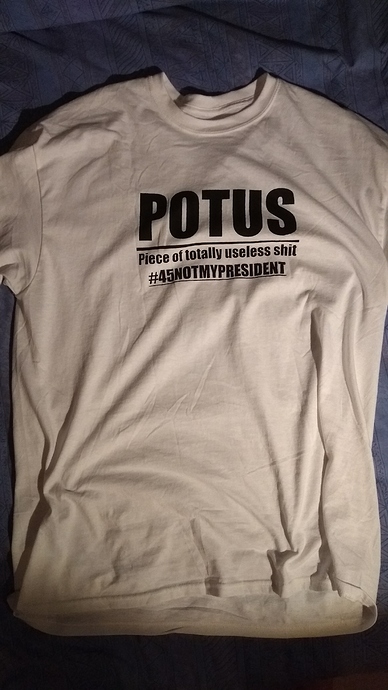 As a counterweight to the darkness, I got to hang out a lot in Oakland and Counter Culture Labs (CCL). CCL is located in the Omni Commons, a large community space that is an old Italian social club. It has a large ballroom, boxing ring, basements and multiple big rooms hosting organisations. CCL is one of those organisations and the full list is here (https://omnicommons.org/index.html#about). With names like Food Not Bombs and Liberated Lens you can get a sense of the vibe. There was also the Bay Area Anarchist Book Fair while I was there, which attracted plenty of people for zines, workshops and books. 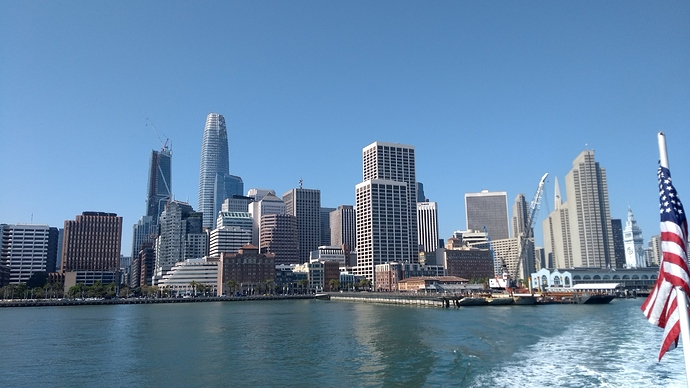 
I had the pleasure to meet plenty of amazing people at CCL. All with more ideas than they have time to do, but loads of energy to have fun experimenting away with biology anyway. I helped out with some yeast lab work and attended several social & project meetups. One of the highlights was a workshop I hosted on mycelium materials together with Bay Area Applied Mycology (BAAM). It attracted 20+ people, all highly interested and motivated to get down to business with the technology. Due to limited resources, we had to hack some things together, which made it all the more interesting. First time I used a cheese grater for science.

Per coincidence I ended up at the 10 year anniversary party of Noisebridge, the infamous hackerspace in San Francisco, where I finally learned how to lockpick (I’m still pretty mediocre).

We discussed and planned for where to go with Open Insulin. The idea of a patient coop to steward the protocol (and the gains from it) gained traction, so we’ll be looking into that during Anthony’s session. We continued the talks at the Global Community Bio Summit, the 4 day event I travelled to Boston for.

The event in Boston was a transformative experience. That was the reaction of most people, including myself, at the end of our time together at the MIT Media Lab. Even the seasoned biohackers, active for many years, had similar sentiments. The Summit brought together 150+ people from all over the world in an inspiring four days.

I was there with two friends with whom I started the biohackerspace in Ghent. The program was packed with anything and everything across the spectrum of diverse initiatives in the biohacking scene. We visited one of the biggest synthetic biology companies in the world, as well as a local permaculture farm. We went to huge makerspaces, local community biolabs and had a great party. There were talks on feminism, VC funding, open source hardware and biodiversity. The people in attendance showed excellent qualities you’d want from a community like that: talent, open mindedness and high energy to change things up. 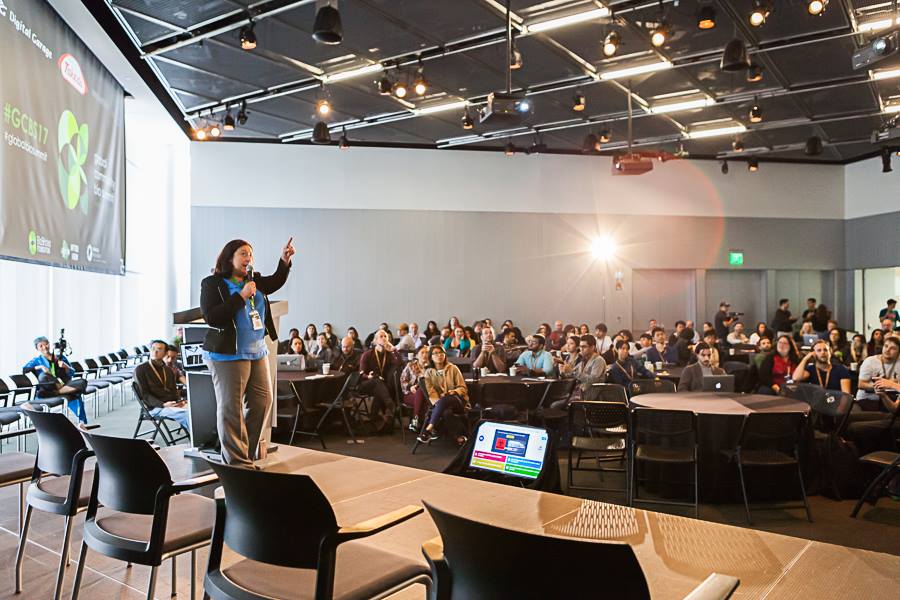 Some loose thoughts and conclusions. We are doing well in Ghent. Our view on things is very multidimensional compared to other labs, who are mainly focussed on technology and trying to survive, without all that much worries on socio-economic and political aspects of choices. Not that the latter is required to be good at what you do.

We learned about community engagement. Many successful labs were inward looking communities, providing mainly for their members and the shared resources. In ReaGent we have looked outwards most of the time, trying to service the broader public. Seeing other communities at work was instructive and we’ll be applying certain lessons to our own activities back in Belgium. We’ll definitely put our own fun first more often, which was sometimes traded for servicing other people.

Everyone is open to collaborate and share resources, but no one does it. Over the course of the event, the message did get through to most: we can share more globally to help each other with the hard stuff, like finances. Sharing workshop formats and devices are a direct benefit to many labs’ bottom lines. It just takes asking each other, or contributing to a shared online resource.

We have a sophisticated financial model (or framework) as opposed to most spaces. We did not get the chance to share much in depth, since there was no time in the schedule. Most conversations on the topic were relatively superficial and in the unconference formats it is not so conducive of conversation to hog the speaking time. I see however the merit to synthesize some of our practices into something that is more easily accessible for other spaces.

That, or we overthink it.

The event was very diverse, props to the organizers for making sure. That way we got to meet people from every continent. Especially South-East Asia and South America were strongly represented.

Joi Ito challenged us in the opening talk: are we a movement? After spending these days together, everyone was convinced: we are a diverse, global movement and poised to play an important role in the future of biotech. 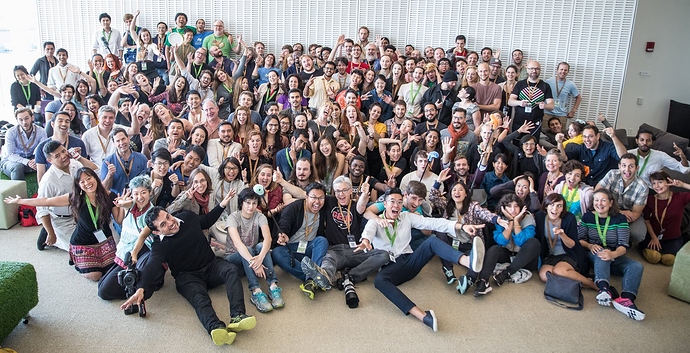 On the final day, we held an unconference session on Open Insulin. Several people wanted to get involved with their own lab, a group in Ecuador and a group in Mexico. The San Francisco team offered to share resources as well as materials and info. From the past, it was clear that we need a better way to share though. We will try to have local/global facilitators to smoothen the collaboration. I will help out onboarding new groups, from our experiences joining half a year ago.

With more groups, more possible research directions can be pursued. We can also work together better on the same direction, by brainstorming together and distributing the execution of experiments.

There are several initiatives being taken to look more into economics, governance of the IP, policy etc. With a global distribution, different options can be explored and different opportunities can arise. I’m looking forward to ride this learning curve more!

In these hectic weeks leading up to OpenVillage Festival, and our continuous efforts to stay afloat with projects locally, there is little time to process and report deeper on the rapid succession of experiences. I hope to share more live, as a participant at the Festival!


This blogpost has been realised as part of the OpenCare Community Fellowship Program with the support of SCImPULSE Foundation.

Nice work as always. I am so jealous of you guys! Why can’t I be a biohacker too, instead of a boring old economist?

Also: Open Insulin to gain two new labs? Ping @federico_monaco and @ezio_manzini, I am not sure they saw this.

It’s in the works. They joined our unconference session at the Bio Summit and we’re now following up with them to see what their ambitions are and help them get started.

One guy wanted to submit Open Insulin to a Bayer project call and we first had to discuss how to handle this type of thing. I personally don’t want to be affiliated with Bayer.

Today during the global group call we came to a conclusion where we will draft some kind of Code of Honour that gives labs independence within that framework.

@massimiliano can tell you more about that. He recently ‘became a biohacker’ as a philosopher. He even wrote an article about it, set to come out soon

By the way, @winnieponcelet, @gehan and @woodbinehealth: we would eventually love to have a list of the events you attended as part of your fellowships. We need it for our own reporting to the EU Commission – part of it is a question about engagement and dissemination of the activities of the project. Thanks!

And then of course OpenVillage!