Hacking Public Transport - Matera and beyond

forgot that buses run on time !

for the informal microbuses , it needs more work if no cheap GPS ( I don’t think they would mind the “monitoring” as they are freelancers - working without a company or a “formal” boss ) , and it needs more benefits for the drivers in order to try install such stuff…

Your idea seems like a great opportunity for making an impact with open tech, and it would not be that much effort. Adding GPS hardware at least can be quite cheap. A proposal would be:

I would rather prefer not to use the drivers’ phone. as they change shifts and any way it’s a very personal data . but adding a cheap phone could work.

well I can have a trial location and test with some bus lines… will need to put some time into it. couple of friends are working on mobility at the moment and would be a good fit for their studies.

will keep u updated. and also will need to ask some more “technical” questions later.

This is really cool @Hazem. I hope it works out, let us know.

Seemingly there are ways to create sweet public transport maps from an informal microbus system. The matatu system mapping could be an inspiration. Just came across it, sharing just in case it’s useful.

he was very angry for this map and GTFS.

Mayor of Matera railed him!

I don’t get it. Why was he angry? (Also notice: there is a gentleman called Miccolis!)

Reminds me of the Transit Simulator :

Maps Mania is a blog dedicated to tracking the very best digital interactive maps on the internet and the tools used to create them.

" This map is a simulation based on the timetables of the TL Lausanne public transport network. More information about this project you can find on Github or you can simply contact me. " 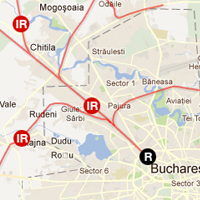 Hi all, thanks for your interest/comments.

Just a quick update about my availability for January. I am not able to pick some dates for January now. I am waiting for an answer I should have by the end of this week. Then elf and I will make a plan for the dev sprint together with Matera Municipality. Next week I’ll have a video call with them and I’ll introduce this topic to them.

@piersoft “our” gtfs are still rough and Miccolis can help us to improve them. I do not see it as a competition. Our skills and weaknesses are complementary.

OT: I like elf’s idea of “enabling”. As Karl Marx said, traditional historical accounts of pre-capitalist societies are often Robinsonades (from Robinson Crusoe), namely “fiction”. In the sense that they are projections of the present to the past. Smurfs villages where division of labor, equal exchanges and barter (instead of money) are given as natural. I think (but my only source are my grandmother’s tales) the economy of a village in the Alps, for instance, was based on the concept of enabling as expressed by elf (as far I understood his words). And “enabling” was the source of a slow innovation (Stuart Kauffman uses a similar argument in biology), very different in nature by the explosive and disruptive innovation rate in capitalism.

i proposed awarding participants with Open Badges, since i also started participating in W3C Credentials Community Group where we work on generic open credentials together with people from Badge Alliance. i remember open badges not finding appreciation among edgeryders but i would actually prefer in this case issuing them from http://www.opentechschool.org/

February 21st is the OpenData Day 2015. I wonder if we should organize the dev sprint around this date. Just asking because it is a month later.

… and @elf_Pavlik’s of course. You are the stars of this story: it cannot be done without you. So, I recommend doing it when it suits you best.

i can adjust my plans!

@mstn let’s discuss it over call today/tomorrow? this way you could present concrete dates on 16th

since we plan couple a weeks ahead, i would also like to make it proper 2 weeks long session, this way we can avoid working in a rush

@mstn, @piersoft, @Alberto maybe one of you could also get Ecobytes membership to run open services we started deploying on matera.io domain?

possibly soon also setting up an instance of open source Sharetribe on beni.matera.io @Matthias we could take a look at adding integration with Makerfox as networked barter service… also ask @matslats to offer drupal based Community Forge as timebank and mutual credit services! @david.bovill

In passing, I gave my bank account to Piersoft. This money will be our

budget for the project.

We also had meeting during our participation in 31C3 where we discussed exchanges opportunities for people working in field of #OpenData / #CivicTech. I hope we can combine it with this activity and I already started asking Stefan Kaufmann, one of the best experts in field of Open Public Transportation data that I know, if he could join our sprint in Matera even just for one week!

we just had short call with @mstn taking notes in etherpad

* we work with Michele Salerno on getting Ninux https://www.facebook.com/groups/ninux.basilicata/permalink/371968442974684/

… so what happened and what are the results ?

Transferring the project onto the local community

There have been talks of transferring the project (symbolically, its GitHub repo) from the unMonastery over to the local community, under the Spaghetti Open Data umbrella. Maybe @IdaLeone knows more?

we’ll write a proper post with @mstn in next days and link to it from here, as well as from UnMonastery Rides again… post

after two weeks of non stop work on it, we just needed some time for other work/life activities