Hygge: Technology should be treated as any other essential infrastructure 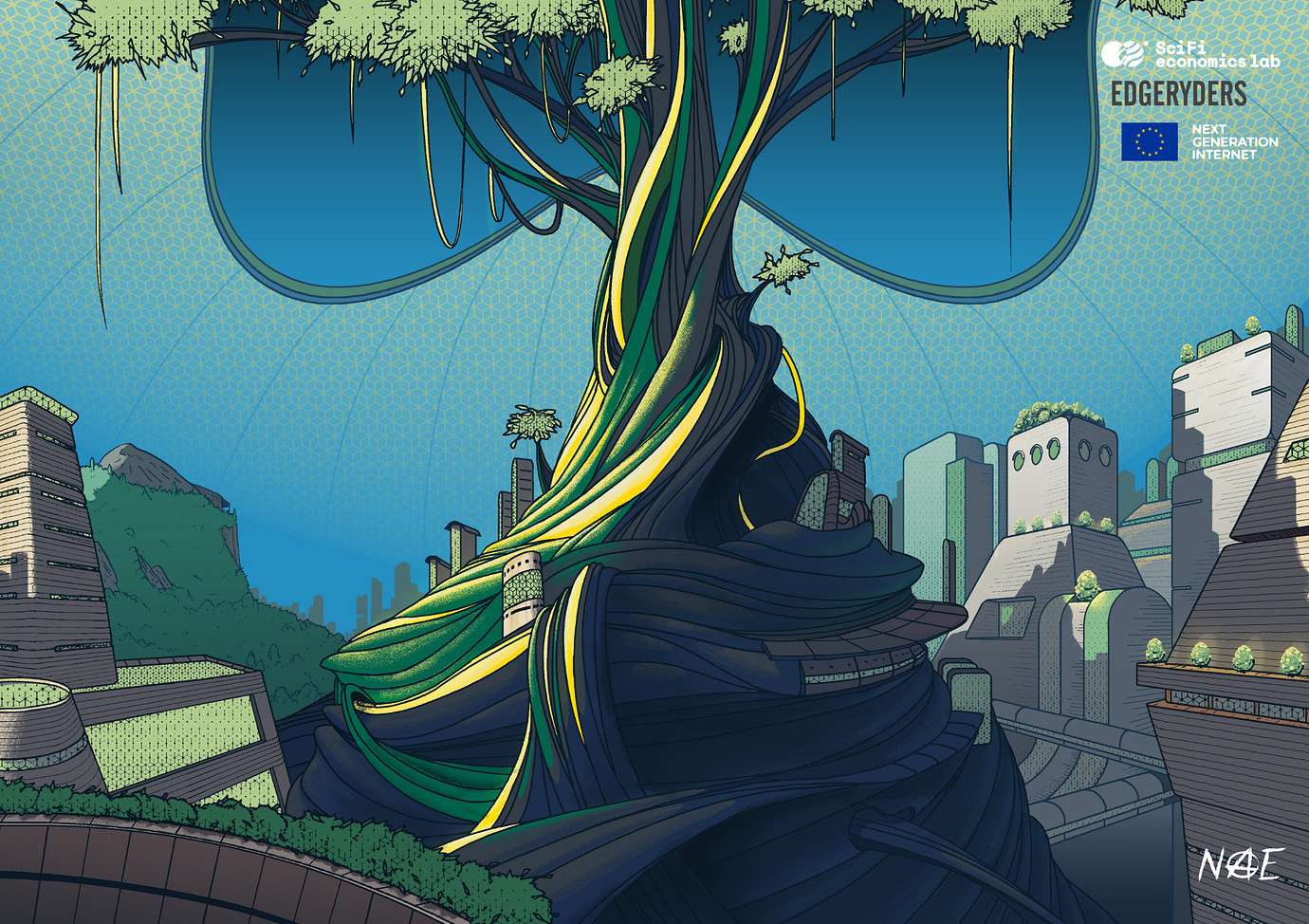 How would you deal with a pandemic in a futuristic utopian/dystopian democratic socialist distrikt?

“Is there a conspiracy theory card?” someone cynically jokes when a pandemic hits the utopian - or dystopian - fictional distrikt Hygge. We are playing an online game event, organized by Edgeryders, to think creatively about planning for times of crisis and how we could use Internet Technologies to make the world better.

Right now we are in Hygge, a distrikt part of the fictional futuristic mega-city Witness, a set of artificial islands in the Atlantic Ocean hundreds of years in the future. All distrikts have their own governmental structure and philosophies, Hygge is what one person called a “dream-like functioning democratic socialist state.”

With a strong social contract, a central bank and financial planning institute, Hygge follows modern monetary theory. It takes care of the poorest and encourages innovation and entrepreneurship. Social media platforms are run by the government and all administrative systems talk with each other.

Then a pandemic hits.

In true democratic socialist tradition, we focus on how we can make sure people’s needs are met. But we also realize that in Hygge - with its specific economic model - it’s difficult to talk about technological solutions. And it’s difficult to talk about the role and impacts of technologies that may not have been developed yet. “Technology isn’t the answer to everything.”

What are the actual problems?

“Figuring out what questions to ask first, is a big part of the challenge,” someone says, “framing the right questions when talking about the role of technologies, problems and solutions.”

So, what do you actually start with? What’s the entry point?

Are people scared and should their needs be met first? Should we allow our economy to take a hit and focus on looking after people, by taking over the current needs of their citizens? But if so, “how can we avoid acting like a dictator?” someone pointedly adds.

In every economic and governmental system, you are bound by limited options - and the game reflects this. Even more so, people wonder, how do we know that choosing a certain policy doesn’t make the situation worse?

For one, you don’t know how long a crisis may last - as we have seen in the real world. Decisions are made based on an uncertain future, and as a result, the trade-offs between short term and long term solutions aren’t always clear either, participants argue.

“In the long term, restructuring society could make it more resilient and capable of rebounding,” someone argued, and that we should “make sure that the new society emerging out of this chaos is capable of better responding to these kinds of emergencies.”

Another person voiced the same, but also stressed that we should “make sure that in the short term, we can support a shock by directing the resources where needed and eventually redirecting private resources and companies to fill the gaps.”

And in Hygge, people quickly come to the conclusion that due to its value system, “putting a basic universal income in place with basic rights guaranteed for everyone,” is something that could be an option.

But in times of crisis, one participant remarks that “some jobs that suddenly become more important than others” and that you need people to do the work. They could be “health-related activities, or bringing food to people that cannot leave their house or making sure that you have enough workers to keep essential services running even though there is an epidemic.”

What about digital communication technology?

One of the questions that arose during the event in Hygge was if there would be a way that we could prevent these kinds of crises from happening and if technology would be the answer.

But, if we don’t treat technology and the internet “as a part of our infrastructure, like bridges and roads are, it is hard to imagine technological solutions for crises,” a participant argued.

Others agreed, adding that “we should treat technology - and specifically spaces where people talk with each other online - as infrastructure, digital infrastructure.”