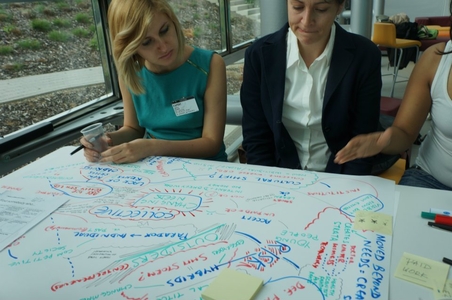 Some of us within Edgeryders have floated the idea of creating a documentary which brings into relief many concrete cases of unemployment suffered by real people all across Europe. Film is an extremely powerful medium: capable of reaching wide audiences and stimulating new discussions and participants on a larger scale, thus bringing a level of speed and urgency that is appropriate.

When Nadia first approached me about the idea I thought of ways that a documentary today can live beyond film and become an interactive, living breathing vehicle of sorts. A project that always evolves, getting bigger and inspiring others to interact rather than simply be passively entertained or informed.

I know that we won’t have problems finding people who would love to be involved, people who are passionate about film making, journalism, problem-solving and the topic of unemployment in Europe. Or perhaps others who wouldn’t mind being the subject of the documentary.

What can an interactive documentary achieve within the resource constraints we deal with today? A few thoughts.

So what do you guys think? Your ideas are highly valued at this stage. This could be an interesting opportunity for some of us to get first hand experience in journalism and interactive film production methods: to say the least.

Employment vs Making a Living

For me it’s about Making a living really.  I dont believe a specific status on the labour market is the solution to the three very different kinds of needs that we assume have to be answered by employment:

Dougald and Christopher have written deep posts about these topics and I think any thing we take on around the topic should be asking new questions. And aim to make an impact that many films alone fail to. Often when I watch a film that moves me I am left with a feeling of impotence because the topic is so large and the issues feel so big I do not see how I can contribute to improving the situation. Here and now…

re: Employment vs Making a Living

makes sense to me, Nadia! personally, I’m excited about collaboratively analyzing and solving problems. A fresh new medium to perform such tasks within makes it exciting. I have a feeling that the interactive documentary idea has been done before but I am too sleepy to think of any examples of this having been done successfully before. Because its 4:30am here.

an interactive doc that was funded by Kickstarter

What does ‘fix unemployement’ mean?

Are we talking about decreasing unemployement ? Or are we talking about fixing a broader problem of a inadapted labor market system at the age of abundance, overproduction and the ermegence of new forms of socially useful / productive activities?

Burnouts, stress at work, indecent working conditions, precariat… all of those problems are partly a consequence of the cult of the full employement. So maybe the very notion of employement would need to be fixed first? 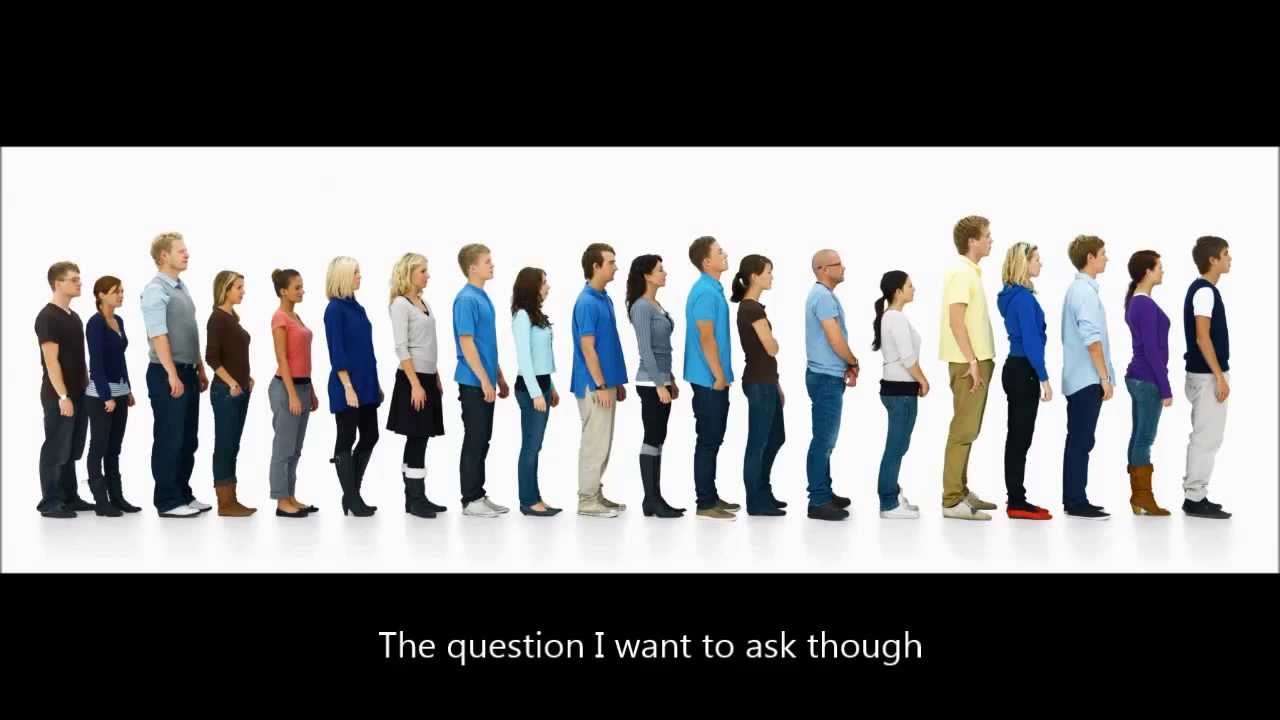 That’s settled – but not for all!

@stanjourdan and all, I guess we all agree that the notion of employment is a lot less comprehensive than policy makers make it to be (also, it has interesting consequences on the societal fabric: traditional societies of independent farmers – think Tocqueville’s America – are much less prone to obedience and submission than people on a salary within a mass society). In fact, challenging the notion is what makes the whole thing interesting to begin with. Nice video, by the way!

But let’s not forget that we here are not exactly mainstream. I am with @saidhamideh on this. We are Edgeryders: of course we hold bold, radical views. One of the challenges of this movie would be making this case in a way that is inclusive of people outside our echo chamber. I can’t provide much advice here – I am not an artist. But I am in the policy space, and can tell you – people are obsessed by jobs. Not work, not income, not happiness: jobs per se. It’s the lynchpin of our whole society: and I feel that, whereas Americans have myths (the proud rancher on his own land) to give them some resistance to the job paradigm, we in Europe are totally invested in a model where you get a job and then you are provided for. If you have no job, you are not a full citizen.

I think we need to be aware that we risk a shoot-the-messenger reaction.

Yes, and what does ‘work’ even mean?

Another symptom of the employment cult you mention is the separation between “work” and “living” or “leisure”. The former is usually accepted to be boring, stressy, exploitive, abusive, socially isolating or all of these, and the latter shall make us forget about work again. For commuters, work and life are physically separated. And we don’t even have a word for productive activity that one enjoys doing, do we … .

So I propose for this documentary to include some stories which deeply question this separation between work and life. A close integration, if done right, can be both more enjoyable, more social and more efficient. I got inspired for this partially by a documentary on Dharavi, a slum in Mumbai, India. – There, they’re so efficient that they even sleep on the factory floor … but ok, maybe that’s overdoing work-life integration

Been there, done that

Nothing new under the sun. Crafts people always tended to live near their workshop. The typical configuration was: workshop on the ground floor, living quarters on the fisrt floor. Where I can from, as late as the 1950s the mythical (communist) mayor of Modena Alfeo Corassori engaged in a textbook regulation activity (no public money was spent) in the face of huge unemployment. Here is the story in a nutshell: Modena (small city of 180,000) ended the war with an economy dominated by large companies that did most of their business working for the military. With peace, their business vanished overnight and the workers found themselves unemployed. Corassori and his collaborators bought agricultural lands (against loans); urnbanized them (town planning regulation now allowed construction of buildings) and sold it back – way under market price – to small entrepreneurs wishing to acquire a workshop-plus-home situation, which was the kind of building allowed by the regulation. Even if cheap, urbanized land was more expensive than agricultural land, and this allowed the Town Hall to repay its initial investment. Thus Villaggio Artigiano Modena Ovest was born (history, Italian), soon to be imitated all over my native Emilia Romagna region.

Corassori did not really find small entrepreneurs. He seems to have created some. Legend has it that he showed up in person at the home of skilled factory workers, made unemployed by the implosion of the large military contractors, and told them more or less “You’ve got the skills, the brains and the integrity. We believe you can succeed in starting your own business. So do it!”.

And now, my home office in Brussels is a variant of the same concept – less the inspired town planning!

this point would be captured

for sure. without this point there would be no impetus for creating the doc. we are moving from an old system to a new system…of thinking! it goes way beyond employer/employee transactions and what revenue we pull in. I’m kind of sorry for using the word “employment” in the blog title now.

its tough to gauge wider interest in the idea thus far based on this thread, but I’m gonna keep plugging away with anyone else that’s interested. first, to do a little journalism, to see who wouldn’t mind being profiled in a series of 10 or so written blog posts that help create a foundation for what would end up being a larger multimedia project.

Do you know an interesting person who might make for an interesting subject of a documentary on unconventional attempt at #makingaliving? If so, feel free to pass them onto me: saidkassem@gmail.com

to get in touch with @Cataspanglish who did the interview series on Making a Living on the Edge before the first Lote in Strasbourg, see how he found them or go through snowballing to meet similar people: eg ask Elf, Pete, Olivier, Susa and the others featured… the difference is he got in touch with entrepreneurial minds rather than with a larger spectrum of people, like those not being able to make it through the day or who live on benefits for some time now.

Also for inspiration, I think this recent kickstarter campaign on figuring out the interns’ lives might be useful, because that’s a whole new interpretation of what constitutes “employment”.

If you need some atypical example, I would probably do.

I concur with Petros being interestingly atypical, Said.

I’ll contact these leads shortly. thanks Noemi and Mr. Anonymous

If we are going to be friends,

FreeLab (or just Petros) will do.

I’ll contact these leads shortly. thanks Noemi and Mr. Anonymous

Hey Said, how’s this coming along?

so sorry, Nadia. this week kind of blew up in my face. did you say someone might be available to work with me on this idea? False starts aside, once I get going things should start picking up.

hello all you sexy euro beasts:

I was jogging on the treadmill when a reasonable idea struck me. A documentary need not be entirely inductive or open-ended/interview-centric affair. there are compelling questions to be asking right now about the entire economic system. im thinking about taking such an approach as it will be more manageable for me, time wise.

by identifying and writing some stories and investigations into the abovementioned issues related to #makingaliving, traditional conception thereof, and how we depart from it, think I and others could help cobble up a patchwork of stories that can form the basis of a documentary which would catch the interest of a filmmaker we know.

I live in MIlwaukee, Wisconsin for the time being which is home to ManpowerGroup, the second largest temping agency in Europe among the other two: Ranstad and Adecco. Nearly two thirds of Manpower’s revenue comes from Europe at a time when the French government has begun investigating these three massive temping agencies on suspicion that they are colluding in ways that surely impact worker’s right and standards of living in Europe, something which has historically been a source of pride.

One of the narratives to be expected is that making the labor market more “free and competitive” will create jobs, allowing employers to hire and fire more easily. But is that a good thing?

Last week, the Milwaukee based company reported second quarter net income of $68.2 million, up from $41 million in the second quarter of 2012. Clearly they are on to something, and it will be interesting to see how European governments respond to the results of the investigation.

Has anyone’s personal future been impacted by recent trends in labor such as these? I’d like to know about it. Email me at saidkassem@gmail

It’s the first story I’m working as I suspect it comprise one solid piece of the jigsaw puzzle I hope to be working on with some others over the next year.