(Making a) Living on the Edge: Anne Wizorek

Anne Wizorek has actually managed to make a living from her passion for communication while at the same time applying her skills to the things she believes in. Here she explains how: 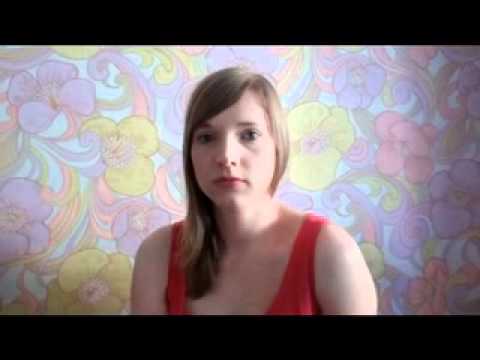 Anne is a freelance consultant for social media, online strategy/project manager for mainly online projects. Her studies have nothing to do with any of that, she dropped out of university, although getting the diploma is still very important in Germany. Anne was always working, even when studying and realised that to finish her studies she would have to stop working, which would mean a student loan - something she didn’t want to do. She wanted to do something real, get something done and a degree in German literature wasn’t about that.

She became an online editor for one of the most popular German blogs and as part of that job became a curator/co-organiser at one of the most important social media conferences in Germany, Re:publica. She really enjoyed that job and it enabled her to explore what had started out as a hobby, a passion - blogging, using social media networks, and eventually she did an art project called PaperGirl Berlin - doing the event management as well as the blog and online communication. Anne had always done this stuff because she loved it but figured out, “OK, this is something that not everyone can do, it’s a very special way of communicating and not everyone can do it, although the tools are really accessible,” so decided to make a profession of it.

After those gigs finished she was working as a freelancer but was still craving the security of being employed. She was lucky because at that time she learnt a lot about communication and PR through being part of the team that organised SlutWalk in Berlin, doing the online communications and a lot of public relations which helped her a lot although she didn’t get any money for it - but gained experience which was much more valuable, even in terms of self confidence. After SlutWalk she got a job at an agency but realised it wasn’t how she wanted to bring her skills to people or help clients. She quit and luckily just after that was offered a big contact as a freelancer, a project she is currently working on.

Right now she is trying to decide if she wants to found her own company, apply for funding, look for any agency which is closer to what she wants to do or maybe team up with friends who have great skills. Anne was surprised to find out that there are people who need the things she was enjoying doing as a hobby. She doesn’t feel there is a way to educate people to do what she is doing so she realised she had a skill with which to help people.

Personal networking has become very essential in getting jobs, and being recommended by people has been important too. She couldn’t make a living without both online and offline networking. She has found that networks are distinct in different places - she has just returned from New York where, as a feminist activist, she met many of the people whose books and blogs she reads and she had the feeling that the community there is closer and more supportive than in Germany. This made her think that she could change the situation as she thinks there are probably more people here who feel the same way. She wants to initiate an event and forge a community to get this kind of environment going in Berlin as well.

Taking to the streets

I asked her to tell me more about SlutWalk. It started in Toronto, Canada because at a security training session on the campus a police officer said women would be less likely to be raped if they didn’t dress like sluts. Students were so appalled that they initiated the SlutWalk - they wanted to provoke with the name but wanted to make visible that they are the victims and that society should, finally, be blaming the perpetrators. The event spread all over the world, to around 80 cities. It was a huge topic in blogs and finally Anne realised it was something that was missing: people spend a lot of time talking about things that are problematic but never take action, never take it to the streets. She did some research and found a few people in Berlin who wanted to start it, so she got in touch with them and a few weeks later was in complete SlutWalk mode. She says it was very intense but she learned a lot, also about herself and it was really great experience to do.

The Internet means that anyone, anywhere will always be able to find some sort of information about these issues and in the best case can make you more comfortable with whatever problem you have - you see there are other people who feel the same way. Before you feel completely alone and it is now easier to get in touch with people and give each other support. For her this development is one of the most important things that has evolved during her time online.

She feels that most of the policy makers and institutions are really far away from understanding the experience of people who have grown up with the Internet as a normal part of their lives. She sees a generational clash around some things like privacy - warnings about not sharing too much information although she feels sharing can be very valuable, even if it’s painful, because then you can reach out to people who feel the same way. “We have to make sure, especially with all this paranoia going on in the newspapers and the media that by sharing information you are doomed, you’ll never get a job……actually this is more about making visible what makes us human,” she says. It’s labeled as being a failure, she continues, so we need to make sure that people are not curating their online personas so much that only the positive things are shown. Anne gives the example of people whose Facebook timeline makes you think they must be really happy but when you talk to them you discover they’re having a bad time, even though they are posting about happy moments.

What recipes do you want to see in the UnMonasterian's Cookbook and how do you want to contribute towards building them?
gyula_vamosi July 31, 2017, 6:38pm #2

Gotta quit school if you wanna make a change?

Quitting university to better go with the flow of the world is something very common now. Unfortunately education systems are normally slow at getting and adapting to what young people need.

So what should policy makers change so European youngsters have real opportunities? What can the young people do together to contribute to that change? How to further share opportunities with other young people across Europe? I hope we’re gonna discuss these questions in Strasbourg soon.

Cataspanglish coming out again with a great story. Is Anne on the Edgeryders platform? I didn’t find her profile. Would be sooo nice to have her on the Making a Living a Session.

I don’t know how old she is, but I find it admirable that Anne has such a mature look on her trajectory, and her story really lines up to the overall Edgeryders experiences. Particularly how it’s not only about how her work benefits the acquisition of skills personally, but also putting the abilities at work for other people to benefit from.  It’s bringing the social media and communication work up to a whole new level…

Also, the Slutwalk experience seems like a great example of connecting global issues with local focus, and how the local and global concerns are interconnected. We’ve been trying to sum up these issues so that there’s an Edgeryders accurate description in the final handbook for policymakers:

Thanks Chris, Thanks Anne!