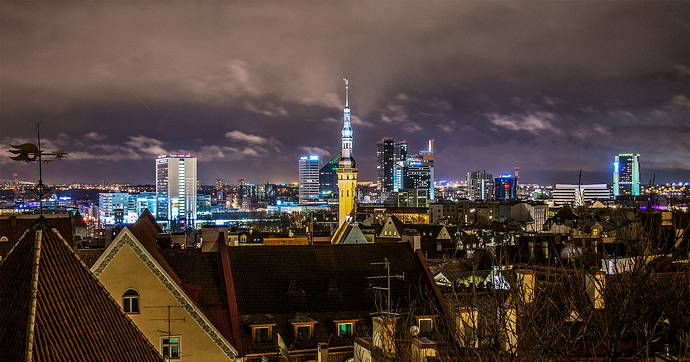 Marten, Henri Laupmaa and I are sharing a meal in Telliskivi Loomelinnak (“Creative City”). It’s a huge Soviet-era former electronics factory in Northern Tallinn. During the boom of the early 2000s, real estate tycoons had planned luxury condos here. When the crisis hit, they rolled out a plan B of making it into a hip-and-cheap creative business hub. Now it’s home to 200 businesses and NGOs: design studios, tech startups, co-working spaces, clubs. It’s airy, colourful in the slanted light of the Nordic spring. It looks hopeful.

Marten is the Estonian government’s Chief Innovation Officer. Henri is one of the country’s foremost fintech entrepreneurs. They both used to be grassroots communities organisers. They showed up to welcome me, and point me in the right directions. I am grateful for their advice and their company. I need it: I have come to Estonia to relocate my company, Edgeryders.

Edgeryders is small, high-tech and global, a typical child of the Internet. We were born as the project of a supranational institution, the Council of Europe. We developed as an online community, with members living in 50 countries. When we built a company on top of that community, the six members of the board were citizens of six different countries. Our first clients were global too: the United Nations Development Programme, UNESCO, the World Bank.

Our loyalties are to Planet Earth, and to each other. From a legal point of view this does not fly: a company has to incorporate in one country (and almost all countries design for traditional companies, and make no provision for businesses like us). In 2013, we chose the United Kingdom. It seemed, and was, a natural choice. It has a great ecosystem of services to business. Government services are well thought through, well documented and online, from HMSC to the Information Commissioner’s Office. The main black spot is banking: expensive, dysfunctional service, ethically dubious banks. But the advantages outweighed the disadvantages.

And then Brexit came.

This is not the place to discuss the political hows and the whys, nor am I particularly qualified to do it. I want to look at Brexit and post-Brexit from a risk management perspective. There are two kinds of risk here, and both were obvious even before the vote.

Risk number one: becoming a bargaining chip. Over 3 million EU citizens living in the UK were not allowed to vote, or even consulted. They were, in the political jargon of the time, “a bargaining chip”. The UK only cared about nationals. We are not nationals. What if the government decided to play hard and fast with the assets of companies owned by foreign nationals? Freeze our bank accounts, for example? Could we be the next bargaining chip to throw on the negotiation table?

Risk number two: taking collateral damage because of the government’s incompetence. No one knows for sure what the consequences of a hard Brexit will be. What happens to the treaties on double taxation, within Europe or outside? What to VAT on cross-border transactions? What are the consequences of the UK not being a member of WTO anymore (its WTO membership went through the EU’s collective one)? These would be hard questions for anybody. But the British establishment keeps going through “oh, shit” moments. Wait, what about the Irish border? What about Gibraltar? What about funding to research? What happens to trucks queuing up at Calais and Dover in the case of hard Brexit? All this handwaving has not done much to reassure us.

So far, I have given you the rational argument for not being comfortable as a business owned by EU nationals but incorporated in a post-Brexit UK. We also have reasons of the heart: we are not big on nationalism. Nationalisms killed a hundred million people in Europe during World War 2 alone. We believe, instead, in peace, peace and prosperity through trade. Trade is communication: to sell something, you have to put yourself in the shoes of your client, to empathise. This vision is clearest in the project of a united Europe, the more united the better. We feel united in Edgeryders: we hail from every nation in Europe, and many outside it. We enjoy our unity in diversity, and will allow no one to put us against each other.

Our minds and hearts, this time, were in agreement. We have become Brexit refugees. And we need to do what refugees do: move.

We applied to Estonia’s e-residency programme before the vote even happened. We chose Estonia because:

As Marten admits, the system is far from perfect. For example, the Republic’s banks and accounting firms are subject to international anti-money laundering regulation, aka “Know Your Customer”. So, the government allows e-residents to incorporate a company from a web page… but then your accountant will ask you for a utility bill as proof of residency. Banks are even firmer: either you show up in person, or no account (regulation is in the pipeline that should solve this). Estonian professionals are still new at this game, and it can be difficult to get information.

But Marten is right: it will get better. Estonia wants to be a “pathfinding” country. Given how small it is, this makes sense in a way that it would not in Germany or the UK. They have plenty of vision (“country as a service”, “zero-legacy policies”, “accounting 3.0”). They have a young, energetic ruling élite. They can do this. We look forward to be part of it.

So, say hi to Edgeryders Osaühing. It is an Estonian private limited company, incorporated as of March 30th 2017. We will be phasing out Edgeryders Limited By Guarantee in the course of the next year.

4 Likes
Setting up an Estonian Osaühing (OÜ) company using E-ID
How can we append content to the social media queue?
Takeover of the GA: calling UBx
Principles for collaboration and operations in Edgeryders
matthias July 31, 2017, 6:38pm #2

Nicely written report, and I’m astonished you already made connections with such high-profile people related to Estonia’s strategy! It is a clever strategy by Estonia, and I estimate it will be successful in the post-capitalist age … cities will have a lot of importance again, and small sovereign nations, too. Estonia is basically a sparsely populated, bit oversized city anyway.

Some hickups are to be expected, but the KYC stuff is really, really annoying

If you can find the person in charge of the whole E-ID user experience, I think Edgeryders would have quite some issue reports to optimize the process. Like the trick with Estonian embassies authenticating the passport copy for KYC compliance, while you’re there anyway to get the E-ID card. Or the improved installation instructions for the E-ID software under Ubuntu, which I wrote after struggling with the process for a while.

Anyway, congratulations Estonia. I so wish Nepal, as another small and sovereign country, would imitate this and take on a leadership role in some other area. Let’s say, cargo drones, including fully automated air traffic control (“highway in the sky”) to permits anyone flying a drone anywhere after broadcasting its current position and future route. Wondering what inspired Estonia to go this path, as they had no example to follow …

“I think poikiri means articles of association in Estonian” 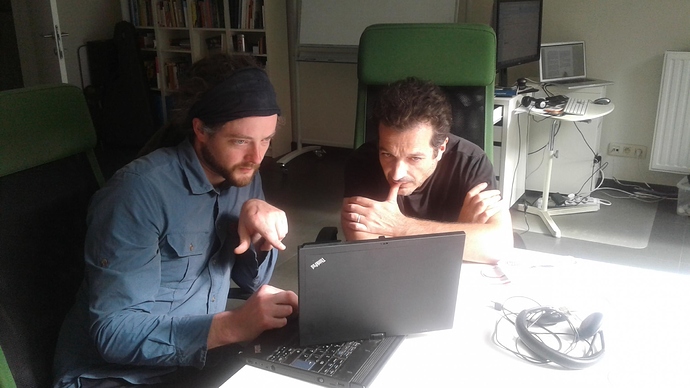