This post collects all the knowledge that we collected during our 2019-11-24 “Green Building Tech” workshop in Brussels. (As promised, I will delete the audio recording now. It was just our way to note all the contributions without a pen … .)

I roughly group together the contributons by topic. They will further inform our to-be-published open source document about green living, so this is not the final form. At this point, big thanks already to all our contributors: Bernardo, Clémentine, Olivier, @Alberto, @Ilaria, @Malcolm, and myself.

1. Techniques for architecture and construction
2. Building features and space utilization
3. Dealing with rules and laws
4. The role of lifestyle and behaviors
5. About communal living in more general

1. Techniques for architecture and construction

3. Dealing with rules and laws

4. The role of lifestyle and behaviors

5. About communal living in more general

5 Likes
What do you want to know about building green?
The Reef community workshop series : Reflections from the codesign sprint
Notable points from Workshop 3: CoDesign Sprint
trythis November 24, 2019, 7:17pm #2

or a small-scale setup like a communal living space, a more appropriate way to innovate green living could be “process innovation” for building maintenance.

I love this one! I had a look at the MAMA page and thought: yep, yep!, yep!!! - someone is starting to think about this right. I think Kurzweil would like this.

There is a related story that begs to be published more widely on the Roman roots of the Canal du Midi in France (which was a kinda big thing, so much so that the early US studied so they could make copies). The point there is that a bunch of housewives in the Pyrenees kept kept advanced civil engineering alive cause they just really liked to have warm water in their place. Those ladies ended up being the smart girls on the block when it came to hydraulics in civil engineering.
As materials scientist I can only applaud that maintenance could be approached as a socio-technological question.

I agree generally. What I’d recommend is to use them in secondary functions that allow easy documentation (images at (semi) regular intervalls is easiest). BUT I would also hook up a few of them to be fully functional - even if it just powers 5-10 ornamental lights.
This will inform your next batch of experiments and how easy or hard it will be to get it right. How many of the first 10 will fail? How did they fail? If you picked 5 that you tried to fix in 5 to 30 minutes - how many of those survived?
You want to do many of such experiments in parallel and probably abandon half of them at some point, and in Pareto style focus your resources on the more important ones over time.
If you want to step up the testing regime I recommend gravimetric analysis of water content (i.e. get a really good balance, and a tool you can take repeatable material samples with).

I’d like to plug this here, also check the key publications if you have time. In my opinion a very good resource - no least because it is already written in “policy speak” and has been largely born out by reality over the last couple of decades: 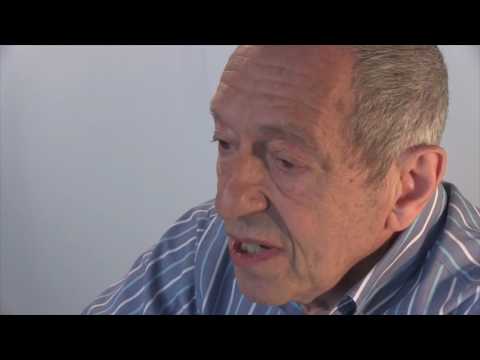 Changes in the circumstances of groups in society that do not have an effective voice to influence public policy development have been revealed in my research on children’s lifestyles. Parent…

a bunch of housewives in the Pyrenees kept kept advanced civil engineering alive cause they just really liked to have warm water in their place. Those ladies ended up being the smart girls on the block when it came to hydraulics in civil engineering.
As materials scientist I can only applaud that maintenance could be approached as a socio-technological question.

That story is absolutely amazing! I mean, keeping a whole discipline of engineering alive for ~1300 years and through the Dark Middle Ages, to be able to maintain your home’s water system, is a whole new level of dedication … . And I’m really happy with the part women play in this story

I’ll send this to Bernardo, maybe he likes to include it into his case study collection on MAMA Brussels.

Basically, build up a system so that the community can maintain its own space: train different members as plumbers, electricians etc. and also get the relevant tools so that all problems can be fixed with little effort, extending the building’s utility, lifetime, and eco-friendliness. Investing in human expertise cannot go wrong, while investing in new materials and technologies may go wrong.

A simple example: a concrete wall made from some new composite is not self-maintainable and may thus only last 50 years. There is no real need for such a wall though, as brick walls have been around for hundreds of years and we know how to maintain them for that amount of time. Innovation is also important, but one of the greatest values of a building is that we can keep it alive, and that is an important aspect of buildings being “green”.

Modern “sensor and IoT equipped” buildings can be a nightmare to maintain.

Wooow, I totally love this approach!

About this, I thought of something that was not in the list of questions, but should have (my fault! and am now throwing myself on @trythis’s mercy for an answer). I worry that no one seems to know what happens to Portland concrete in the really long run. In some countries, like Serbia or Bulgaria, I have seen gigantic concrete apartment blocks that were built in the 1950s to 1970s as modern housing, but have degraded significantly over the decades. Even in central Belgrade I saw buildings that exhibited a kind of rot; they were obviously deemed too expensive to demolish or rejuvenate. So poorer and poorer people moved in: first professionals, then working class folks, then students, then squatters, then rats. Trees grow in the courtyards. Is this the destiny of all the concrete in the world?

it comes together very nicely from the workshop, because armored concrete was also a modern and hip technology, stemming from materials innovation. And now we are looking at the gigatonnes of it we have poured and wonder what’s going to happen to them…

Person-tracking IR heaters. A version of the parabolic electric IR heaters mounted on a person-tracking pan-tilt head could be an interesting, low-powered way to keep people warm.

Or, more simple/cheaper/less brittle: have some “warm spots”. For example, when I sit at my computer in the office I turn on an IR beam trained on me. The rest of the office stays cool.

Maybe The Reef’s motto should be the quote (I have heard it attributed to Henry Ford in the context of the Model T’s design and production, but cannot find a confirming source):

What is not there cannot break down.

A quick search pretty much confirms our suspicion:

Research on concrete is still pretty hot. But to put it simply: water diffusing into concrete, or more commonly seeping into cracks is a major failure mode. In a somewhat disused building I would suspect you commonly have half a dozen failure mechanisms already with a solid foot in the door, and thus beyond economical reversal.

For many structures 30 years useful life is regarded the higher end, and as far as I know concrete is not something that lends itself well to conventional or targeted repairs.

More on the topic here: https://scholar.google.fr/scholar?cites=6113295090280284955&as_sdt=2005&sciodt=0,5&hl=en (these are the fairly recent articles citing a influential 2001 publication: Assessment of the durability of concrete from its permeation properties: a review)

Water, rust, freeze/thaw cycles definitely degrade concrete. Also how much steel reinforcement is in there, proportion of sand, things like that. My family has a vacation cabin in the mountains by a river. To get there you have to cross a bridge that is collectively maintained by a group of residents. One of the residents lives there year round. She kept sweeping the snow off of the concrete bridge surface, thus removing an insulating layer, which caused the concrete to expand and contract to the point of failure which let water seep down into the rebar, which rusted. Cost $100K to fix. IF she had used snow tires none of it would have happened.

There is a ton of valuable information and many great points in these notes. I’m sorry I couldn’t attend.

I agree with the opening point about investing in human expertise. When first heard about this Reef project I thought it would be valuable to have each major maintenance discipline handled by a resident. I was reminded of the 1960s movie “The Great Escape” where one guy was the forger, one was the scrounge, one was the tunnel rat, etc.

I lived communally for five years in Washington DC (1978-1982). We weren’t all that green back then, but we did have various specialties for keeping the place going (this house had 10 bedrooms and sometimes more than 30 residents, including a bunch of kids of various ages). I took care of the vehicles and the appliances. Someone else looked after the plumbing, another carpentry projects, one was the food buyer, etc etc. This works way better than some sort of signup sheet. Also, everyone has to wash dishes and keep the floors tolerable…

I also think that along with technical know-how, one much have a certain amount of social skill along with a ready willingness to admit when one is wrong. Living together means clarifying things, usually more often than a lot of people feel like doing. But not tending to the emotional and mental wellbeing of the group is as bad and probably worse than not cleaning the kitchen or the floors and other basic material maintenance. Otherwise, it’s really a rooming house, isn’t it?

A couple of years ago I read something by Bruce Sterling talking about his place in Torino, Casa Jasmina. The idea was to experiment with all sorts of smart home tech kind of stuff, arduino-based projects and such. They set it up to designate a section of this (big old reclaimed industrial space) only for experimenting. I think that is an interesting idea for a green space - if you have the space. Kind of an in-house, somewhat funky lab.

Living together means clarifying things, usually more often than a lot of people feel like doing.

I ask because at one point it was available on Airbnb. And it seems it still is…

How interesting…might be fun to check it out.

Damn it, we were just in Turin for the NGI thing

I will!
While I was there I was working in a dusty underground blast chamber, so I definitely didn’t want to spend more time around concrete than I have to. But his stuff looks really cool and interesting (from a far away sunny place

)
Thanks for the pointer!