Open Research: How do we enable people contributing to the research project from wherever they are?

Nadia: Hey Marco, have a look at these two and tell me if the methodology is helpful for what you wanted to do in OpenCare? Check out Marliekes talk and slides . 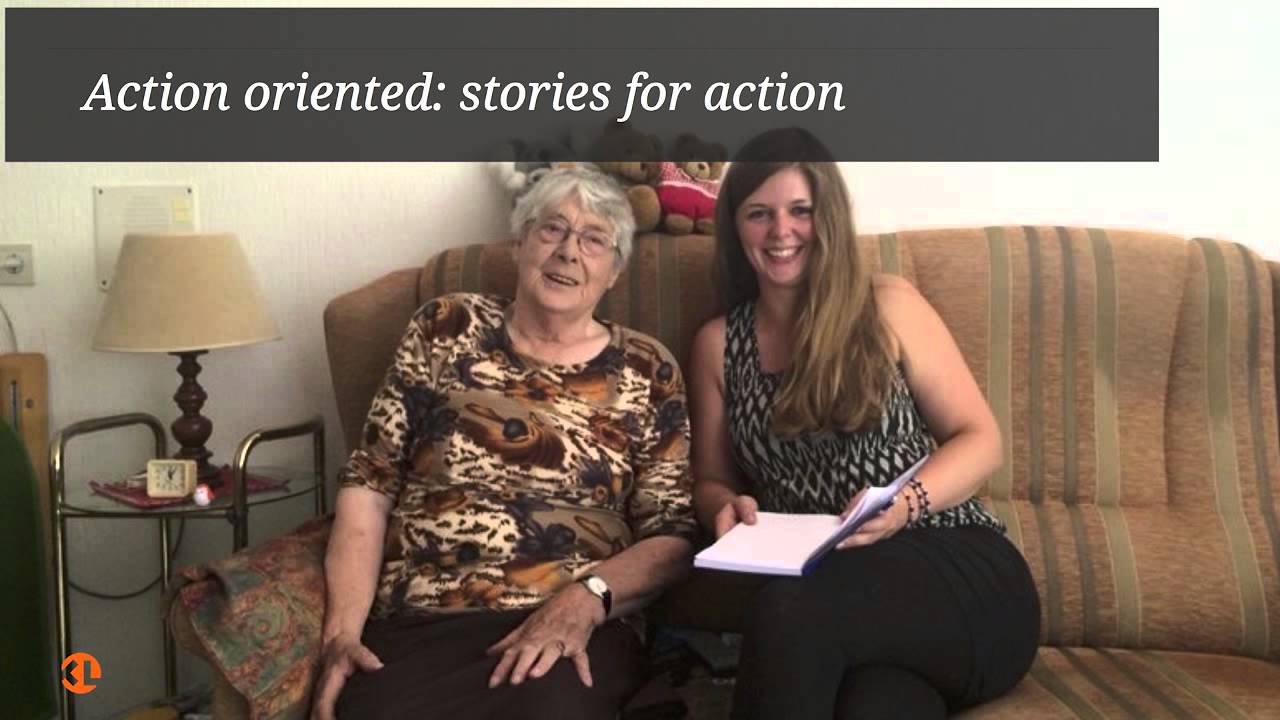 Marco: Have gone through the presentation and slides… what they do, once spoiled of all the lexicon, looks very much like what church oratories would do in the past. That model is interesting to me… however I am still struggling on how this should be implemented in internet era, to make it more friable and to make it count. I may have missed it, but it didn’t struck me as if kennisland has taken any step in that direction. Can I ask you how did it capture your attention?

Nadia: I am looking for a methodology to enable people in the broader edgeryders networks to contribute to the research project from wherever they are. Even if they do not have any technical skills. So I am thinking of an “Active Learner” role that could allow them to set up a similar process in their local community. And then contribute the documentation to the OpenCare online discussion

Marco:  OK, if that is what you have seen in her presentation (that I missed :P), than I understand why you pointed it out. Yes, learner is a fantastic role. And there are deeper parallels between education and care than meets the superficial eye. I like the thinking

Nadia: How were you thinking about the prototyping process (your bits)? What deliverables do you want from participants?

Nadia: Because this part as I see it would be about active learners helping us to understand the environments in which existing projects are working. As well as where there are gaps, what could be built/improved. I.e. they would be defining the specs for the prototypes.

Massimo: I see a great opportunity to join the approach scenario presented by Marlieke and the inclusive networking power of the Edgeryders platform, as we use it for the Opencare project. One thing that called my attention from Marlieke’s talk is that they “find difficult to connect people” and the Edgeryders platform is precisely designed for that. Now imagine if the chatter from the dynamics of Kennisland gets connected into the Opencare analytics …

Marco: I understand… but that is not a deliverable from laymen, is it? That would mean there is an auditor/anthropologist working with the community…

Nadia: I think we can “guide” the happy amateurs. With good instructables/ templates. As well as through the weekly hangout meetings and 1 visit at the beginning to help them get going.

Marco: I will confess that, unlike in clinical relationships, in this massive exercise, I will be learning with them

Nadia: Can you help me to understand what you meant by an educational role game? Or rather why you want it/ what you want to do with that input after?

Marco: That is the easiest way I see to have a deliverable directly from the “uneducated” (so to say) volunteers. It is like documenting a flaw in a software… but doing it in society. Can we all repeat the same failure experience?

Nadia: But is it aimed at showing what is broken, what could work, both or something else? Also, who is the exercise for? Who is meant to take part, who is meant to read the “results”?

Marco: Mostly at what is broke - to inform the community of “solvers”. Otherwise, what happens is the aristotelian debate about what has been written/said, and the solution is typically useless.

Nadia: aha ok so it is meant to arrive at the same place as the kennisland exercise I pointed to above

Marco: sort of, I really did not see it in them… they looked to me like telling anecdotes (the aristotelic exercise)

Massimo: … and take advantage of the emergence of concepts and ideas to propose prototypes, to test the hypotheses. Everything the mind envisions feels different when you experiment doing a model of it and play the game. Like the children do when they build an imaginary house throwing a blanket over a couple of chairs, then they get under the blanket and play the act of living that “house”, they naturally experiment further, making changes, adding improving to the initial idea, playing scenarios.

Nadia: Hmm ok. So you are looking for some set up in which people share experiences and figure out the “game” they are playing. A kind of massive user-generated monopoly board game where people add the steps as they go along.  What I learned from kennisland is that you do need something tangible and visible to people who are not going to engage online to begin with.

You need a trigger: something fun which can get a conversation going in a public space…One example I reallly like is: http://creativetimereports.org/2014/04/07/does-capitalism-work-for-you/

We would need some way of recording what people say, and then doing speech to text synthesis so we have transcripts that can then be posted, discussed and made sense of on platform. Then you close the feedback loop by printing (condensed versions) of the online discussions and stories on paper. And then hanging those  papers up on a clothing line or on a wall in a public place. With some way for people to reply back/ contribute to the conversation even if they are not online.

Marco: Ahahaha! Ok, I was more into D&D (or secondLife) than Monopoly… but that works for me as well.

Massimo: Eventually the game becomes the incubator of a new initiative, organization or even an enterprise. It’s easier if the initial experiments are done in a non-profit mode because then allows more freedom of thinking, less boundaries.

Nadia: Do you think we could get some of the brainiacs at CERN to help us build a sign like that?

Marco: I will have to arrange a brainstorming internally. I hope to do so next week. That would be a nice topic of the meeting. Let me get back at you with more details ASAP

Thanks for pointing us to this @Nadia @markomanka @Massimo . I didn’t get what their methodology is for how many and which citizens to approach?

Last year in Bucharest @Alex_Stef was a fan of video-recording conversations like this one as an easy way to capture knowledge - maybe shorter ones. Then putting a recording into text should not be difficult.

Other than that, it seems that this is not a one timer thing, that conversations would need something like OpenCare Labs as platform events, where people can jump in because they are fairly regular.They could bring stories forward for collective analysis, the part I liked the most in FeedForward. The good thing about it is that we already have great stories here online to print and get started locally.

I think I would be up for trying this, with a very “research like format” + good perks for participants

Do you want to make the first stab at an invitation/call? then the rest of us can come in and edit. It works well too with the process we had in mind for the cern workshop (Im writing the call this weekend)

Will need to partner up with someone for a target audience

I think a well defined audience makes for a good test case - because there is research involved, we need to think of who would be interested to figure these things out:

Can we talk about this during Monday’s call maybe?