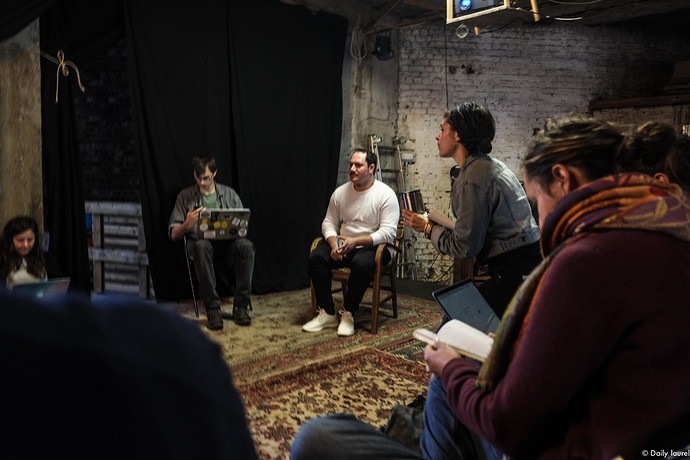 The most pressing need now is to set up a patient cooperative for Open Insulin and how to prototype it.
And clear out the international collaboration that is now emerging in the open insulin research.

Some history of the project

Early 2015 in Counter Culture Labs, biohacker collective in Oakland, developed consensus around the idea that we could make insulin in a lab like their. The idea is worth pursuing, the technology is there. First it was a technical motivation, afterwards it was clear that insulin was a social and economical issue.

Many people don’t have access, it’s bad in the US. Only a few companies have the oligopoly on production globally (US, France, Denmark based).

There’s also the fragility of the supply chains. Only major producers in the West, which means that supply is easily disrupted in less developed or accessible regions. We need to rely less on shipping insulin around and maintaining eg. a cold chain. This is a major barrier to getting insulin out where it needs to be. In short, we need to decentralise production.

Science and engineering:
Went through one proof of concept iteration in an E. coli bacteria (for troubleshooting methods). Took about a year. We made a precursor protein to insulin. Bacteria however is not able to convert the precursor into insulin, so since early 2017 we’re looking at yeast, because that organism can do everything inside the organism. The protocol needs to be simple and easily reproduced.

6 months - 1 year we will have engineered the strain that does everything. Then we can move to using the strain and producing or scaling up. So the question is now: how do we structure the legal entities to govern the production.

Teams from Ghent (ReaGent) and Sydney (BioFoundry) joined the project. International collaboration is unfolding. We need to organise this better and set up some legal frameworks for sharing the IP that gets generated, keeping the goals of the project in mind, we want to have a commons framework. Allowing entities to use it, but making sure that they do so in keeping with commons principles.

The organisation needs to ultimately be accountable to diabetes patients. It can’t be a misalignment like we have now with the large producers that mainly have a large profit motor. They just keep diabetics dependent, charge high prices, and don’t innovate much otherwise. Prices went up by 1000%, even though production got cheaper.

Many semi-independent manufacturing efforts that are localised, but sharing knowledge.
A [diabetes] patient coop would be able to decide how much effort to put into prevention or researching cure vs manufacturing.

The FDA is the biggest player in making this a reality. Big part of this is making a rigorous case and showing the costs of illness and the benefits of our alternative. Depending on how their own incentives work, they might not care.

We have 2 goals, proposal is to split in two groups:

1. How do we move from here to this cooperative?

A cooperative as a platform where patients would be the main stakeholders.
The patent is not to stop other people from doing it, but to protect the

Characteristics of the agreement:

Example of medical cannabis cooperatives. Maybe we can use it as a template for our organisation. Tailor this to the local jurisdiction.

We need some kind of global scale organisation that holds the IP in custody. Perhaps a Swiss foundation. A public benefit corporation.

Forging alliances with city governments. Show that production at city scale is feasible and show that economic implications they have can be addressed. Eg. problem of people going to emergency rooms, which is a cost for the city, so open source insulin would make the hospital work better.
Lucas Gonzales. Epidemiologist. His job is to prepare for flu pandemics in the canary islands. As part of preparing the plan, he found out there’s 8000’s diabetics in the CI and there is no capacity on the island (comes from Germany). So in case of pandemic, they are screwed. This could be an angle.

Synthetic pancreas people. Firewall of FDA and then they appealed to free speech. They don’t sell, yet share the schematics.

Make it look less like a market transaction, and more like a club: participating in the testing.

At the global level: memorandum of understanding, but otherwise you’re free to do what you want.

Review the agreement of Chris.

Have an inside trusted partner when you pitch this, so that’s it’s not 50 50 in they liked it not. Clear action plan with timelines. Open to input. Jump in early for a premium. Weigh the pro’s and con’s of premium. Winnie can talk about it with the head of strategy for the City of Ghent.

In Oakland: never got to the head, always mid or low level managers. You need to get people in power to not necessarily endorse it, but mainly not stop it. An endorsement would really help though. A paragraph and collect signatures of ‘innovation, super cool project’.

2. How do we do international collaboration?

People are disgusted by how biotechnology industry works. Morally it’s not okay that people are taxed so much money. We started a collaboration in March between Oakland, Ghent, and Sidney. It was hard to get access to information - where are the best practices documented. The team in Oakland was spread thin, so this makes it hard to scale internationally. Coincidentally it became good to collaborate, but no investment to find sinergies, for example split the experiments between groups.

We’ve been in touch online only, and visiting helped a lot to develop trust, despite
calling on skype every 2 weeks.

Is it a problem of infrastructure - better tools, better software, or about changing the culture?

It’s about developing the habit of documentation - so valid because it enables more groups to work on it. We lack the scalability - we cant involve new groups since it’s going to be very bumpy.

No platform for documentation yet.
We should have a method of getting everyone on board, in difft timezones and geographical points?

Thomas: What is the patients’ perception?
In Belgium, the insulin is covered by the government, so not many incentives to participate among that group.
The motivation here is the biotech industry.

Build on an existing community that has thousands of people in it, and not take on the burden of building a new platform.
The Public Lab community - good for discussion and file sharing, and replicability.

Attend the barnraising and do a workshop there?

Replicability across countries: there is a lack of culture of open science and a knowledge gap in biology.
A transnational cooperative system funded by a big donor which fosters development in underdev countries? The path from need to solution is longer there - building trust, community building takes more time.

Ideally find a big donor but with niche interest locally/ in a region.
The community coordination and interface needs to be funded too - i.e. the Oakland team is more focused on the research itself.

Public Lab has developed frameworks to use - to create a context and make sure it feeds back and then it is championed, took forward by the organisation.

Learning to do science by sharing information, many times tacit.
But you either have to think of the role of the person making this, or have an incentive - a place where we give recognition where people actually see it and appreciate the value.

A platform cooperative as a club insulin: the insulin users and platform service provider (management, quality control). A global framework in which local production can put its roots in local jurisdiction. The overarching club, anyone can join and it doesn’t own anything.

Interested in local production, is in a process of launching a High Institute of Open (?) Science. He’s going back to Cameroon, it would be an opportunity to test open insulin there.