"Tbilisi is beautiful." says Tinatin Asatiani. "But you can't see it. The billboards and banners ruin our city's outlook." And that is why she, and father and son Levan and Giorgi Kuchukhidze, decided on ProjectCity, integrating architecture into the advertising business. 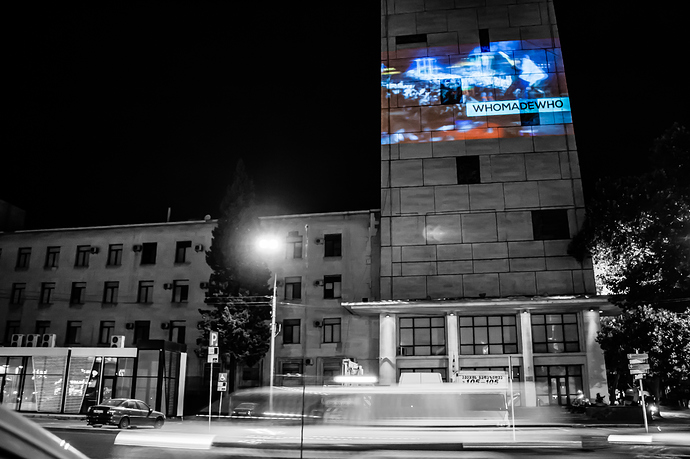 The idea is simple. You take a projector, you find a nice wall, and during night times you project visuals on said wall.

And not only that.

In a few months they hope to have apps on their website working which will enable you, the user, to make you own GIF advertisements. Hereby, making way for small business owners, non-profit organizations, and individuals, to cut the middle man out and advertise for low costs.

I said down with Tinatin, one of the founders, on skype to talk about ProjectCity.

Me and my friend Giorgi Kuchukhidze, he is an architect, we came up with it.

I always have a lot of ideas. And I always write them down. But we don’t have the resources to do these projects.

Giorgi had the idea for a project, to advertise for someone via a projector. That is how it started. I was working on a project for a television station, so I told them about his idea. They told me that the idea was interesting, but that it was too expensive. We also went to a bank, and they also said it was too expensive for them.

So we transformed the idea. Why go to one organization? Instead, perhaps it is smarter to organize it ourselves and get several different paying clients? We would decide on the locations, and the clients would just be buying time.

Though, we realized it was an expensive idea. But not as expensive as video billboards are. And billboards make the city ugly, they are rough, they are not integrated into the architecture.

After working for a year, writing the business and finding foreign investors, they are now settled in office in town. They have two working projectors, a third one coming up soon, and are planning to expand to other cities as well.

But it is not just Tinantin and Giorgi who are part of the team. They have two designers, Sandro (Tete) Chinchaladze and Gio Mikhiashvili. And Shotiko Shatberashvili is responsible for IT. “For now we have few staff. But as you can see we don’t have a sales department, marketing. Because we are trying to cut this part out of the equation”.

Technically almost everything is done. Our goal is now to fill all the time-slots, at night, with advertisements. We are shooting our own advertisement to put on TV, a tutorial. To inform people how they can use our website and apps and put the advertisement on the projectors. It should be very easy. 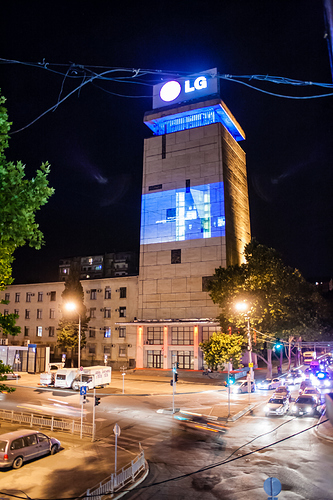 You know, when you go online and you order your own t-shirt? You can choose the color, design, graphics, text. We will offer this for advertisement, this idea. However, we will check adveristements before we put them on, because we don’t want people to write something vulgar. So we will need two days to review them. Right now we bought some videos from a hosting website and using them as background. We are making GIFS with them, making transitions. 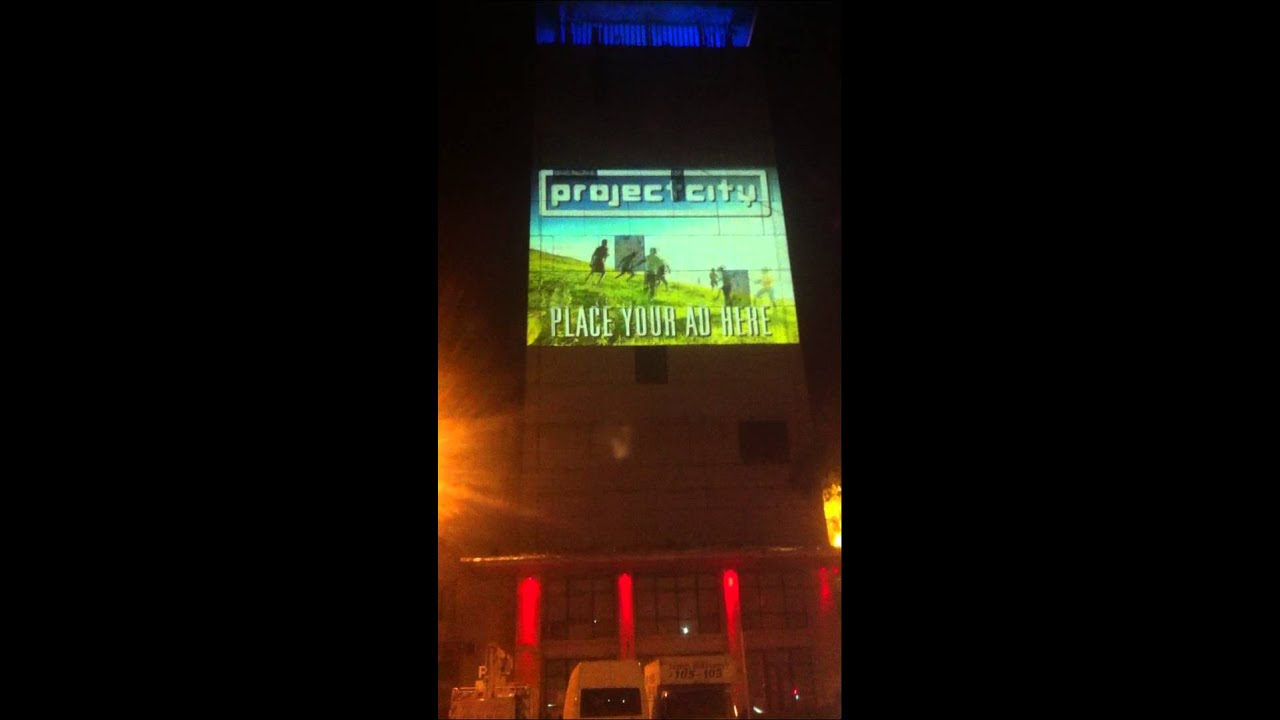 The one thing Tinatin really enjoys about her work is seeing the end result.

Unfortunately, Outdoor.ge has a monopoly on outdoor advertising. And Georgians are not very good in new things. When we meet with larger companies who are distributing products here, they don’t want to change. They receive a large budget for outside advertising. They don’t care. They don’t care what it looks like. They spend the money, and that’s it.

It’s hard to make companies understand that our project works esthetically much better.

We have to show them that it can be different. To change their mindset.

What they need besides money, is perhaps a better working municipality. As Tinatin explains me, the local government loves the idea, the ministry of culture loves the idea, but decisions take long times.

It was not very difficult to get permits from city hall. But right now we have some small problems with them. They are unable to make decisions, they say that they want to, but then they don’t.

We are waiting forever to communicate with them.

They like the idea a lot, we had a meeting with the mayor’s office. The ministry of culture as well. They all really like the idea. But when we need something, it takes a long time, too long, to make a decision. A lack of professionalism. Perhaps managerial problems.

And what does ProjectCity have to offer others?

We want to promote visual art. So, what we are planning to do is have an online competition. We put the work of visual artists on our website, and people can go and choose an artwork. They pay for it to be played, to give it a time-slot. The price for this will be cheaper.

Our staff, they make a lot of videos for our website.

But we want to involve visual artists, we want to give them an opportunity to have their work shown. We want to help visual art, support this field.

In general, we want people to see how the city influences them. How the city is disfigured because of the billboards and the advertisements. It seems like nobody cares, but no one actually likes it.

Giorgi, as architect, he knows public space. My background, I have worked with and around the arts for a long time, as journalist.

I want to say, the city looks really ugly, and I want to make it a better place. 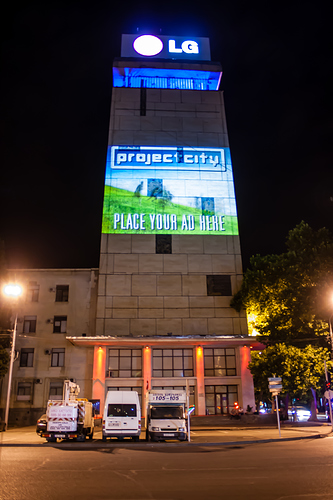 We are not disfiguring anything. During the day time there is no projection, the city looks like it is, but at night you can see the advertisements projected on walls and buildings.

As far as Tinatin knows, there aren't any similar initiatives locally or internationally.

I searched and there are no similar initiatives anywhere, I couldn’t find anything similar. As business project, that is. Because there are promotions of certain projects, for example Mitshubishi had a very good campaign, but they have a different approach.

Tbilisi is a city where the landscape is actually perfect for a project like this, you can project on many different surfaces. In cities with less interesting architecture, it will be a bit more difficult to do a project like this.

One of our investors is from Azerbaijan, the other is from the USA and one is from England.

What about the concepts of collaboration and mutual support?

Collaboration means to me, to share ideas, to work together.

We are not working with others right now.

We offered once the outside social media group, talked to them. I told them this is a new project, it did not exist before. And I wanted to share my knowledge with them. But they were not interested. I would like to work with them, it’s a pity.

But we are open to work with artists, designers, and anyone who has interesting ideas.