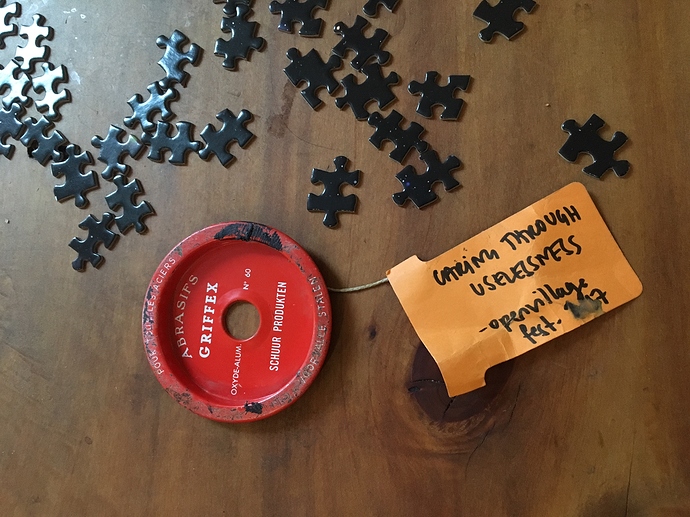 Preface: These are my general and personal reflections, as I have been processing in the last couple of weeks since our convergence in Brussels. I do intend on following-up this post with the efforts I’m joining as a result of meeting members of this community: @winnieponcelet, my deep gratitude for introducing me to Edgeryders and the festival.

One of the certain effects that my attending the Open Village Festival was that it brought me out of my bubble. My geopolitical/social bubble has been very specific in the last few months, even though I inherently knew that experiences of care were universal. However, in the day-to-day, even with intention, we have operational acts to carry out, to make rapid decisions, and maximize our lean resources. As a first timer to the festival, I went in with very few expectations, but with a salient sense of hope that we could all learn from each other on how to give and receive care (sometimes tactically, sometimes organically).

To learn-contribute to a myriad of projects under the umbrella of autonomous care, I understood, in a tangible way, that whether it is mutual first aid with migrants in Serbia, Calais; collaborative civic and maker design for universal access in Milan; biohacking femme/queer bodies in Spain and beyond; working with, in, and without institutions can be liberating. Fueled by creative interventions, we can freely imagine better futures at the margins, but actuate at the present core.

There is immense beauty in that. I witnessed in practice at the festival, parallel actors, movements deftly furthering a shared culture of care (I recommend reading Adrienne Maree Brown’s Emergent Strategy for my frame of reference). I expected some really bright moments where there would be aha’s and some other awed moments of commonalities among the attendees. In the past, these have been magical for me for co-creation with others. What I was equally, if not more, thankful for, however, were the moments of discomfort, where I was challenged, where I had to slow down, digest, and reframe. And I know that there were many moments in which I knew that was necessary.

The earnestness that I felt in any given room was palpable, underscored by the whole selves that we each brought to Brussels for those days, to the collective spaces, not just one aspect of our personae, a major strength, I found, in searching for resilient, multi-dimensional systems-based solutions. In a few short but intense days, I learned, we have the potential to advance and/or to expand our capacities, write new biopolitical narratives, imagine different cognitive maps, and restructure current extractive economic systems. And with that, I am impelled to action as an individual, and now someone who is part of the ER fabric.

Wow, @ramykim, this is a really nice vision! And thank you so much for your kind words.

I do not, however, agree 100%. I see very valuable action taking place at the margins, too. My favourite example is @matthias: some of his choices are, when viewed through mainstream lenses, completely counterintuitive. He can act at the center, and he will, if you manage to get him interested. But most of the times, he just walks away to do his own thing, which make sense according to his own vision. And yet, there is immense value in sitting with his work, and looking for ways to translate it back to us, and make it into something that can play a role closer to the center.

Back in the early days of Edgeryders, @hexayurt came up with a nice metaphor. He said that public policy, in our world, had to be like a fishing rod: thick and stiff at the handle, where institutions need accountability, process and measurability; and thin and flexible at the tip, where people at the edge of society need empathy, going the extra mile, and a healthy amount of weirdness. The “fishing rod model” stayed with me, though these days I am much further removed from public policy than I was in the late noughties and early teens.

I checked out Emergent strategy and it turned out it has been inspired by the work of Octavia Butler. I consider myself a bit of a SF buff, but – shame on me – I have never actually read anything by Butler. I decided to correct this. I imagine Emergent strategy was inspired by the Xenogenesis Trilogy, so I’ll start there. It’ll have to wait a few days, though, as I have two more books on my list before I get to Butler.

I do not, however, agree 100%. I see very valuable action taking place at the margins, too.

Thanks! This is in part due to my loose writing, if anything, my line would read better “…AND actuate at the present core” as to hint at the fact that the we can do both. Still, reading about how Matthias does things (sadly, we didn’t talk too much in person) is a great help. Also, the fishing rod metaphor is sure to stay with me too.

Yes, AMB is a huge Octavia Butler acolyte, from my reading, and I remember Lillith’s Brood being referenced. I too have put it in my queue.

Thanks @ramykim, heartwarming to read you.
Slowly but surely after the event, we’re working on a collective report to synthetize not just the encounters of ideas and people during the event, but what is emerging after. You mention co-creation and where your efforts are heading after meeting some of the projects - can you expand on that? it really helps assessing how gatherings like this can be effective in creating hands on collaborations.

If you would like to help with the report production, here is where all edits are welcome… and more, as everyone is quite swamped end of the year and all. So help is much appreciated <3

Yes Noemi, since Brussels, I’ve been thinking a lot about how to show what emerges after, aside from informal checkups, social media posts, etc. I feel like I’m close to articulating something in a drawing, with nodes, but not ready yet (!).

As for committed collaboration, it felt natural to apply myself to the @openinsulin project in a strategic capacity, though I wish I could help @anthony_di_franco in the lab here in Oakland. My wet lab skills are woefully deteriorated. This resolve came about after all of us speaking with each other: @chrisjcook @winnieponcelet @thomasmboa and Anthony over the course of the several days. The synthesis of how we could all work together became cohesive by the 2nd day.

There are multiple informal collaborations that I would love to get involved in, or at the least, help bridge/scale out/amplify, such as mycoremediation knowledge sharing with Maria in Ghent at the Laboratorium; @sabgaby’s critical work on DIYbio & makerspaces; @luciascopelliti & @matteo_uguzzoni’s engagement of makerspaces for participatory design; provide data & allies for @pin’s gynepunk & microfluidics work, and there are others, that I have kindly bumped into my longer-term memory stores to try to stay focused. With that, I have to say that the Open Village Festival was a dynamic physical platform for catalysis.

Oh, and super long-term goal, convince @johncoate & others that we need a Reef here in Oakland

If you would like to help with the report production, here is where all edits are welcome… and more, as everyone is quite swamped end of the year and all. So help is much appreciated <3

Excellent. Thanks for providing the link. Happy to do some edits!

Thanks for the warm words @ramykim . And thanks for bringing your energy and wisdom to us for those days in Brussels and after in Ghent.

It’s impressive how well you captured the spirit and were part of so many conversations. I’m looking forward to what comes next, how everyone will work together to make our shared visions become reality