Reimagining the future of internet tech through times of crises 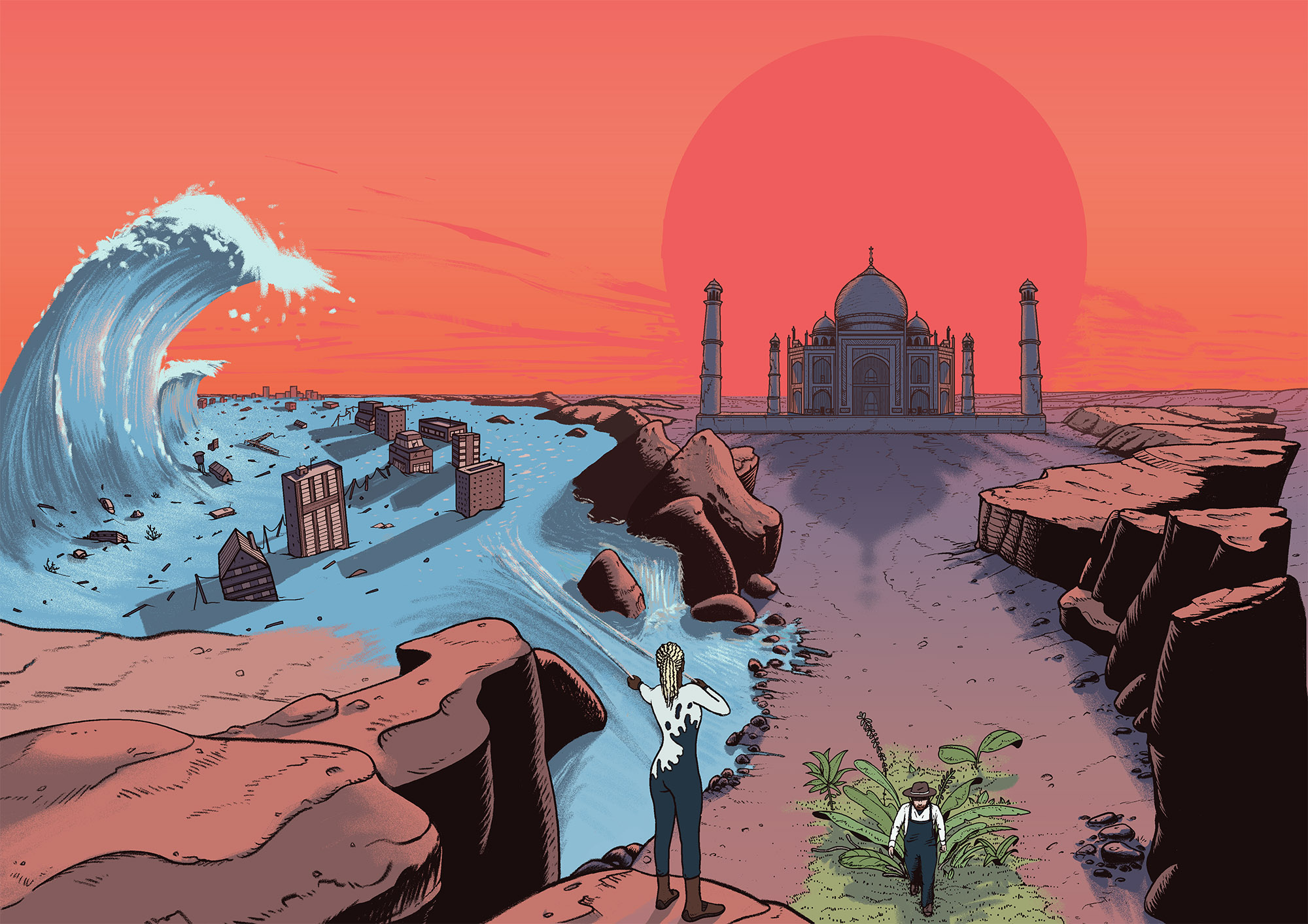 In a fictional city, home to many different economic systems in a post-climate change world we asked over 70 people how we could use Internet Technologies to make the world better.

Edgeryders is about to finalize its three-year European Commission supported project the Next Generation Internet (NGI). As a part of this Edgeryders brought together economists, designers, engineers and artists to explore climate change, technology and economics through an interactive online game-play event on Monday 29 November 2021.

During the event, participants acted as a city’s government: Witness “the most populous seasteading megacity on record” developed by Edgeryders SciFi Economics Lab crew. Participants faced its challenges, using its policies and observing how the evolution of technology influences their daily lives.

“Our job is going to be to figure out how we’re going to react when a crisis happens so that we undo the damage,” the host explained but added that there are three constraints: participants need to follow the philosophy and rules of different districts, the effects of the choices are unknown, and what role does technology have to play in the problem and in the solution.

There were three distrikts during this gameplay: The Assembly - a society that is decentralised and federated, Hygge - closely resembling a democratic socialist state, and The Covenant - a dual society of religious and secular institutions and economics.

Each district has some “superpowers” unique to each district that could be used when crises, from famine to a pandemic, hit the city.

Understanding the Problems that matter

When there’s a crisis, why did the crisis happen? Is “there something inconsistent or unsustainable about the city that we have built”? Is there a wealth distribution issue? Or something wrought in production?

“Figuring out what questions to ask first, is a big part of the challenge,” someone argued.

The discussions in all three distrikts initially started with proposing solutions, but quite quickly people realised that if you don’t know what’s at the core of the issue, it is impossible to propose solutions that may have a positive impact.

And that the language you use is very valuable: “the stories and the language we use to describe things are very powerful.”

In the Assembly, a distrik in the city where all voices were counted equally, participants wondered if people were hoarding food during the famine, If so, “we could implement a socialist crypto-currency to ensure equal distribution,” one participant said.

While in The Covenant, a distrikt that due to its religious background is able to easier make painful but more effective policy decisions, participants hypothesized whether food shortages were the result of climate fluctuations.

But for the participants in Hygge, with a strong social contract following modern monetary theory, they wondered how to balance harsh trade-offs and worried about “looking like a dictator.”

In all distrikts what became clear is that you need to be able to frame “the right questions when talking about the role of technologies, problems and solutions.”

Role of technology: Seeing through the hype

“It felt really hard to separate the discussions around technology when really, it’s about economics, it’s really about politics,” a participant noted.

Although recently it has become quite common to immediately think “there may be an app for that,” during Edgeryders’ event participants realised that you cannot separate to the political and economical system in which we operate from the solutions that could be offered to deter a crisis, whether technological, economical or a combination of both: “you really, really cannot separate it.”

The discussions in the three different distrikts revolved about trade-offs, choosing between short term and long term solutions, and how all would affect its societies.

“In the long term, restructuring society could make it more resilient and capable to rebound,” someone in the decentralised distrikt Hygge argued. Another person in the same districkt stressed that we should “make sure that in the short term, we can support a shock by directing the resources where needed and eventually redirecting private resources and companies to fill the gaps.”

But how do you create the conditions for change, to build a share and realistic understanding of how change can happen?

In the assembly, the discussion revolved around “less” about “the technology, and more about the solution” in terms of the “vision” of the distrikt. Leading to solutions centered around this. “I would focus on something that ensures the distribution of food rather than trading food. If someone is starving and they have nothing that other people necessarily value,” and people could starve.

Whereas in The Covenant, more rigid solutions were possible as opposed to non-religious and completely secular societies, as it has a fairly hierarchical society and has a “very deep-seated respect for authority because authority is very close to religious authority.”

Technologists and policymakers can make a big difference if we build a shared, realistic understanding of how social change actually could happen. But our ability to make different choices is constrained by a number of factors - many of which we are not aware of, do not consider to be part of our tech-related work or feel out of our control.

“It’s not so strange, that if you’re talking about technical solutions or economical solutions, the policies that are implemented are very much rooted in the core value system of a society.”

“I think if you want to have change,” a person in Hygge argued, you should work on the “basic morals of a society” as that could lead to actual “sustainable solutions.”