Riffer Bar: What happens when musicians start a bar?

If you ask anyone where you can see live bands in Tbilisi, they will all direct you to Riffer bar. But it is not an ordinary bar.

Two years ago, four musicians fed up with a lack of possibilities for alternative bands, started Riffer. And the idea all happened one drunken night.

I set down with Giorgi Marr, one of its founders.

So we are four guys who started Riffer: Nika Kocharov (Young Georgian Lolitaz), Sandro Salukveridze (Lady Heroine), my brother Vazhiko (Me And My Monkey), and me (The Black Marrows). We are musicians.

And one day we were sitting and talking about where you can play. And we just heard the news that Divan, the club, was shut down.

It was sad, because we had no idea where to play now. Because, you know, there are only two or three places you can perform as a band.

Nika said he has this place, a basement, which belongs to his father, like a cellar, and maybe we could ask him and use it and do something there. It was just a drunk conversation.

But the next day we were like, it’s actually a really good idea, maybe we should start it? And so we discovered that this place is still there and it belongs to Nika’s father. And he said you can have it, and do with it whatever you want. We were quite lucky.

So we started to build the place up. Clean it, and do everything.

So why is it different?

In Georgia you always have places, you don’t have concept bars, everything is always mixed somehow. So we decided to have a place where you only have rock, a more narrow way, such as the 90ies stuff. More alternative music, grunge, etc.

In the beginning we were a bit afraid, because in Tbilisi there are not a lot of people and if you specialize: will enough people come? But it actually turned out quite well.

At the start only our friends knew about the place, only they came. But after two months we decided to do alternative karaoke, hosted by a famous singers, or a guy from a band, and people really enjoyed that, it became really crowded.

Although Riffer started with the idea in mind that it should be a platform for young and new musicians, unfortunately they had to narrow it down.

We try to have nice bands. When you have bands that don’t know what to do, they don’t use the equipment well. The first year we let everyone play, but it was a disaster. We had to fix or replace equipment twice a week. So we changed it, and now we only have bands who already have some experience. I don’t mean that we don’t let anyone play, but we became a little bit more strict on who we accepted.

What about the team, who's involved? What are the roles and responsibilities?

So, we are four of us: me, Vazhiko my brother, Nika Kocharov, and Sandro. So, Sandro is more responsible for financial and equipment stuff. Nika is the main owner, because the place belongs to him. When we decide something, he is the boss. And my brother is the one booking the bands and responding on facebook to people who write to us. And I am doing design stuff, inside the club, but also posters, invites, anything visual.

Last year we took our bar to Tbilisi Open Air festival, that was kind of a collaboration, we had a small stage.

Tbilisi Open Air is the biggest open air festival in Georgia. A lot of international bands are coming. This year it’s really huge because Placebo is performing. And the festival is going to be five days, the ine-up is really nice. Already five or six years it exists. 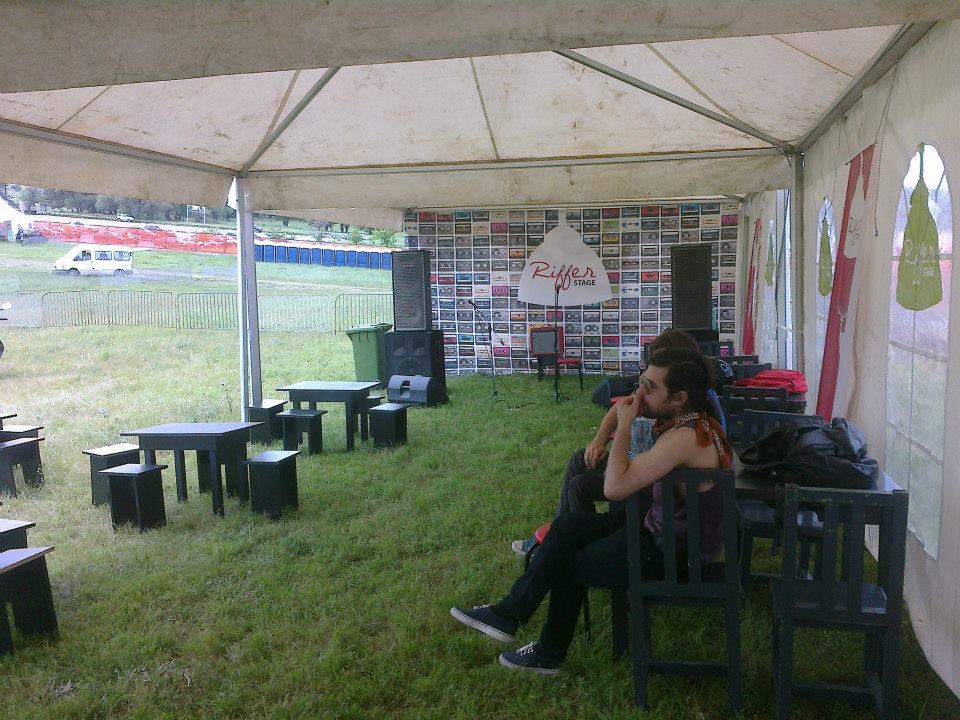 Last year we had the chance to bring our choice of bands. We had small stage and bar and it looked like our bar. We had acoustic bands playing during the day and we did Karaoke as well at night. This year we are not sure yet if we will be there.

Riffer does not have a long term perspective, but they would like to expand. However, you always encounter problems.

Riffer is quite small, but I would love it to be my main job. We still have to do things next to it to live. It would be nice to extend, to have another Riffer in another district, so we can live of it. Because it is really popular and crowded, so crowded that I don’t even want to go anymore because it is too crowded.

The problem is that when it is going well, like now, we sometimes just stay at home and think everything will be alright. We get lazy. But as soon as you are there, it will go better.

But we are learning from this, we don’t have any experience like this, we are musicians. But we hope that this can be sustainable business for us.

The problem is that you still need money to get what you want. So we have plans to renovate small things in September. There are somethings we want to change, for example air conditioning. We want to change the equipment, and yeah, I don’t know. I don’t really know what our longterm plan is. We have the option to get some sponsors to do some small renovations,.

What does Giorgi enjoy most about his work at Riffer? The one thing he is responsible for: the visuals.

I enjoy most doing things inside the place, like painting and reconstructing. Like, everything is handmade here, the bar, the stage, all the style things that you have. I like the design, it could be better, but what we had financially, we made it, and I like making it.

If you remember the tiles on the background of the stage? We put stickers there, and I change these every month. And at the entrance we have stencils. And now we decided to have a new stencil on the wall every year.

I also really enjoy doing the posters, because you always have new bands playing here, new things are happening, so all the time I am at home.

But I don’t like talking money, the bureaucratic stuff. And talking to the manager and the bartenders. If you don’t pay attention to them, they may do something wrong. You always have to be in control and it’s quite difficult.

The schedule, according to Giorgi, is quite chaotic now and then. But while he explains the tasks they do you do on a regular basis, it becomes clear they do have some structure.

Every week we have to book someone for Friday night. And so, my brother is booking, then Sandro is talking to them for what they need, so he can prepare, meanwhile I am preparing a poster and Nika is preparing the bar itself: how many people should fit and what should be done.

We do the same for Karaoke night. We have three nights a week Karaoke, and we usually know two weeks ahead who will host the night. We have a schedule for that. And I have my designing things for that ready, just need to change somethings, but every day I do work on it.

Lately we also have had jam session nights, where the musician comes with their equipment, and then people can join and play together whatever they want. It worked quite well.

But we don’t plan 3 months ahead, it’s Georgia, it is impossible.

Although Giorgi mentioned money is always an important factor, when I asked what support they could use besides money, it was clear that someone with the right kind of knowledge would be very appreciated.

It would be really nice if we could have a person who is experienced in this, because we are new to this and it takes a long time to learn. So someone who can give us advice.

Nobody works with us for 1000GEL if they are very experienced, so it’s really hard to find a manager who is experienced, but also very dedicated. You always get someone who is interested in the beginning, but then they get tired of it.

Another thing we would like is a new location, it would be great to have two locations. In other countries this also happens, and it’s always nice.

And what does Riffer offer?

When the bands come, they have a gig, we sell tickets. And the tickets go 50/50. In most places you go and no-one gives you anything,. You spend more money than you get out of it. But in Riffer you play, get free drinks and you get ticket money.

Other places, in Georgia: there used to be Divan, which was quite good. Then there is Magti club, but I don’t really like it. I know they have good equipment, but it’s not a nice place to sit and have a drink. I heard something about raven bar, where bands can also play, but I’ve never been there.

For future plans they are thinking of taking Riffer to the seaside for summer.

We really wanted to do something in Batumi (seaside town), because in summer there is absolutely no-one in Tbilisi. So we wanted to take riffer to the sea. But somehow we could not manage it for this year, it is quite expensive, so maybe next year we can try.

And a fun fact on a last note:

The four of us, we are all musicians, and we started an all-star band called Riffer. We started a promo band, and we became quite famous for a while. We had two videos and won an award at the caucasian rock awards. It was quite fun, you can imagine. And it also helped with the popularity of our bar. 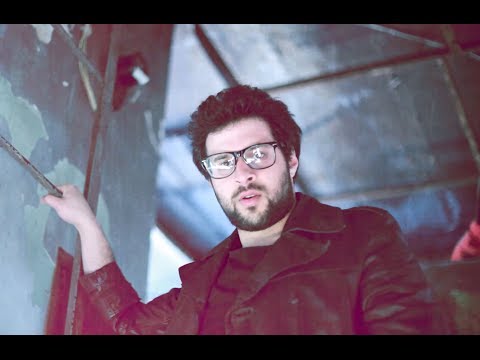 What a great initiative! I’m sure they are the right match for Yerevan’s own Zombies who want to create a musical school/recording studio with similar objectives and are now trying to find funding for it. Just had an interview with them last night and will be posting their story this week.

@Inge what do you think? Will these guys be open to host Zombies for a gig or two? I’m trying to tell these guys they need to have gigs outside of Armenia but because their songs are in Armenian with political context, they kind of feel there is no need to take it out, but I would love to prove them wrong.

I totally think Zombie should perform at Riffer!

Let’s get them in touch!

Sweet! How do we we go about this? Maybe you tell the boys about Zombies and give them some links to their music and if they agree then I will give their contacts to Tatul?