The business corporation as a symbiont to a community: Edgeryders crosses a watershed 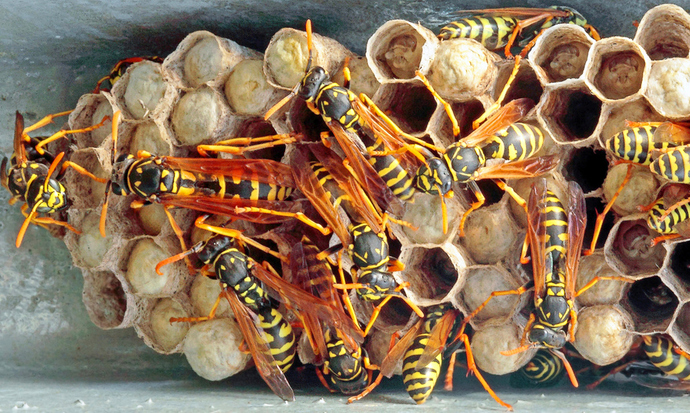 Last week Edgeryders LBG closed its first substantial deal. We are going to be working with the United Nations Development Programme, scanning the horizon in three countries (Armenia, Egypt and Georgia) in the hope to detect trends that will shape our common future as they start to unfold. We are very excited: this is exactly the kind of cutting-edge work we aspire to do, and Giulio Quaggiotto and his posse at UNDP-CIS are exactly the kind of people we aspire to work with.

This deal marks a watershed in the Edgeryders trajectory. We were a joint project of the Council of Europe and the European Commission from launch in late 2011 to sunset at the end of 2012. In January 2013 some of us, enamoured with what we had come to see as a uniquely valuable community, stepped in and spun it off onto a newly built online platform. In May 2013 we founded a non-profit social enterprise, Edgeryders LBG, to provide the infrastructure and the sense of direction we felt were needed to keep the community together.

We would do this by providing work opportunities to our community on the edge (many of us are close to uncontractable for various reasons: too young and unexperienced, too old, too minority, too anti-authoritarian, too propense to being self-taught rather than academic achievers…). And not just any work opportunities: meaningful ones, cutting-edge, high-risk, potentially world-changing, one-step-removed-from crazy work opportunities. We would be the skunkworks of the global society, the Foreign Legion of social innovation, the people that have little to lose, and so can afford to go to the ugliest places and take on the scariest work.

We would do this in part directly, by going out and pitching our community as a “distributed think tank” that swarms near-instantly around any interesting problem you throw at it; but the most innovative part of the model was that we would also help members of the community to provide those opportunities for themselves and each other. To secure this, we built our company so that it can serve as a vehicle for anyone in the community to use. This way, people would be able to quickly prototype their ideas without worrying about having to start a company: if they needed an incorporation they could simply use us as a “corporate shell”, an interface towards a world that understands corporations but not communities. Basically, anyone who wishes to do so (with minimal limitations) can put on an Edgeryders hat and talk to potential clients or funders as if representing the company – this makes us the first (to my knowledge) corporation without permission. On launching a successful project, we simply hire them to run them: this is a process we describe as hiring yourself. Of course, we also informally try and help people with ideas and the will to work hard, mostly by connecting with others in the community with relevant skills and experience.

We gave ourselves a year to find out whether this plan had a chance of working. We were not too worried – we had learnt our lesson from the tech industry so many of us gravitate around, and had made it really cheap to fail. Three months to go to that deadline. Here’s where we are:

My conclusion: our proof of concept is done. Edgeryders can indeed be a viable business. But we are well aware that proving a concept is not the same thing as making it work in practice. We may be fast and smart, but incumbent consulting are big, and scary. Can we really carve a niche for ourselves, expand it and keep the McKinseys, Accentures and Gartners of the world away from it?

Time will tell. But we do have one thing we have going for us: we are not a predator, we are a mutualistic symbiont to our community. We don’t just recruit the smartest people from the community; we hate digital sharecropping, and try very hard never to be the slightest bit exploitative. We invest in the community and serve it as best we can; we believe we can only be a viable business because we serve it. Investments in this community pay back tenfolds, because it is so smart and fast as to be almost frightening. New conventions and tools continue to be proposed: some are adopted and spread, like the community call, the “call a human” button, the Twitterstorm, the Task Manager.

Among the potentially most significant are the FormStorm and its Recycling Bin, dreamed up by Ksenia Serova and her crew: the idea is to socialize application writing, helping each other take part in contests and competitions. This was tested very successfully with the European Social Innovation Competition: the community got together (virtually) and produced 13 applications (about 1% of the total applications submitted throughout Europe). Two of them, Giacomo Neri’s Moove and Epelia’s Food Supply Unchained, were shortlisted for the semi-finals (@lois is prototyping the latter in unMonastery Matera, another sign that a whole ecosystem is emerging from what we do). More, much more is cooking.

While many edgeryders are individually very smart, we believe this kind of performance to be an emergent property of the whole community, with its tools and its values. It is, truly, collective intelligence. And if this is what happens with fewer than two thousands registered users, we can only imagine how fast this crowd can move as that number scales to a mere twenty thousands. We can’t wait to find out. A phrase from Chris Anderson’s famous article about the makers movement’s next industrial revolution comes to mind. In that article, he describes his own company, DIY Drones, as a typical small, family-run business, initially run by Anderson’s garage. Then he adds:

But the difference between this kind of small business and the dry cleaners and corner shops that make up the majority of micro-enterprise in the country is that we’re global and high tech. Two-thirds of our sales come from outside the US, and our products compete at the low end with defense contractors like Lockheed Martin and Boeing. Although we don’t employ many people or make much money, our basic model is to lower the cost of technology by a factor of 10 (mostly by not charging for intellectual property). [...] When you take an order of magnitude out of pricing in any market, you can radically reshape it, bringing in more and different customers.

This describes accurately what we are trying to do to consulting. We are tiny, barely starting to bootstrap from sweat equity, and yet we are already global – we are doing work in Armenia, Egypt, Georgia, Germany, Italy, the UK; we are negotiating deals in South Africa, Sweden, Uganda, the United Arab Emirates; we participate in conferences in places like Thailand and Montenegro (not to mention the fact that our community lives in 40 countries). We are resolutely open, both in content an in software, hence we don’t charge for intellectual property. And yes, we are cheap, and we aim to get people and orgs who do good work, but can’t afford to pay for standard consulting, to turn to us.

If you like this vision, you can help make it come true.

We scan the horizon for UNDP, to discern the shadow of the future. But the feeling is very strong that a warm, glowing piece of future is right here.

Edgeryders 2.0.1.6 : where we are and what's coming next
Let's collect a list of events where we can learn, present what we are doing and invite people to join the Stewardship conversation?
Write the kickoff post
noemi July 31, 2017, 6:38pm #2

Looks v good to me

Hi and thanks for doing the elegant writeups Alberto

FYI, [Matthias] and I have been working on the release for the community, a more informal tone and trying to drop some of the jargon. What do you think, should we go with both or yours would do?

First yours, then mine!

Yours is better for telling the community what’s up and what their role is in it. Mine is more client-facing.

[Noemi] please see my comments to your draft release.