Today at 5pm CET we played together with @nadia and @alberto a very short and modified and remote version of The Deep Forest a map drawing role play game by Avery Alder (Buried Without Ceremony) and Mark Diaz Truman.

In order to draw we used miro.com while to communicate we used google meet, other props were a deck of 52 cards divided by seeds (hearts, diamonds…) and two PDF (available here if you want to play).

here is our forest

We did a 1.15 hour long session, while usually the game takes up to 4 hours, we were able to play 9 rounds (weeks) while usually you play 52 of it.

I decided to take out two aspects of the original version of the game, the action “Agree on Something” and the token dynamic on Contempt, in past iterations this was useful to speed up the creation of prompts (good for short session), while losing the community aspect of the game (that it’s the core for a long game).

To go through the rules and prep part took almost 30 minutes (of our 75 together), the last 10 minutes were of debrief, so we played a total of 35 minutes.

Some of the images tells a little about the world, you can see some of the monster of the forest, a Teflon Rex and the Carnivorous Eels pond, while also some remnants of the civilization that was once occupying the forest, a WiFI eyed Tower that used to control a group of robotic DogCops and the Research Lab where humans were running experiment on the monsters of the forest. 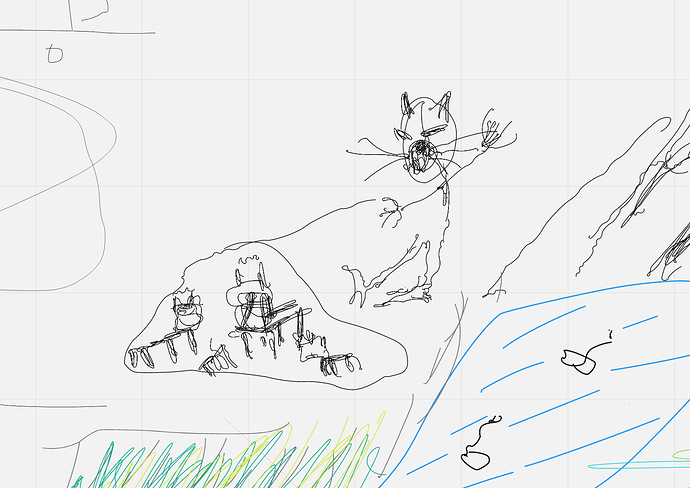 The Eels building up a natural swamp defense system 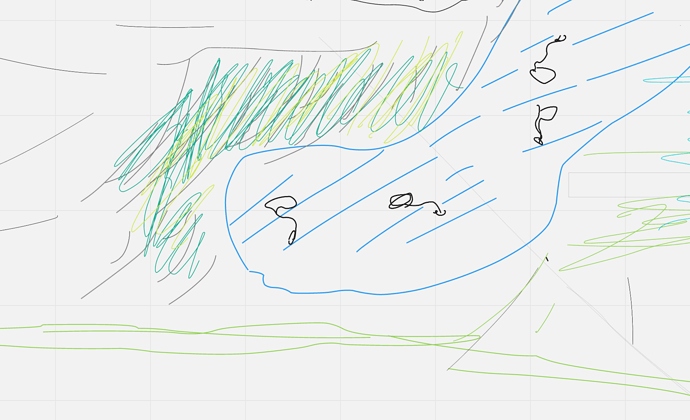 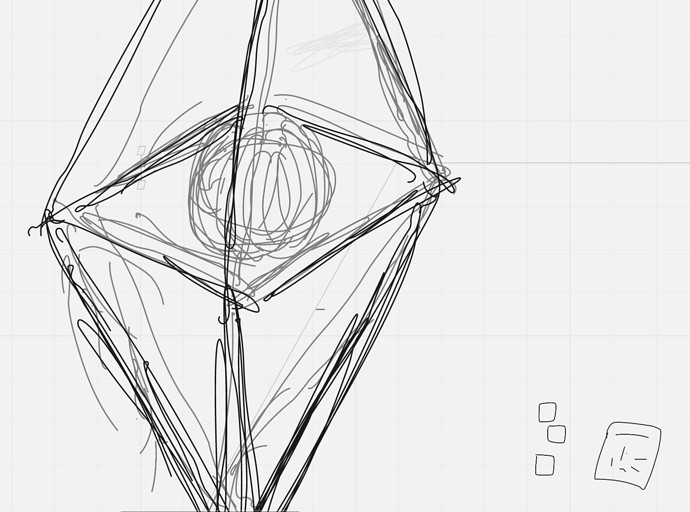 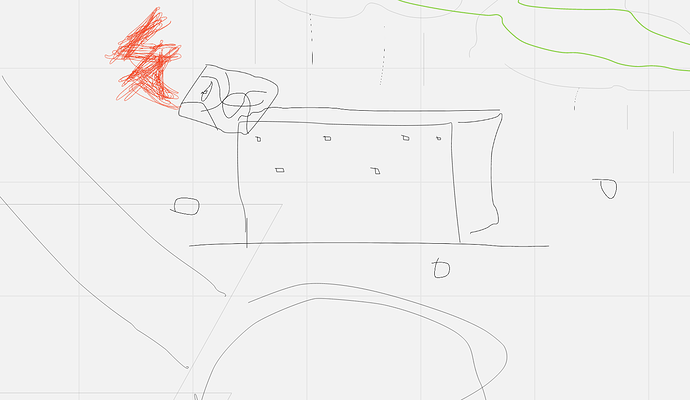 After the play we spent a 10 minutes talking about some of the highs and lows of the experience, Alberto and Nadia please chip in.

There was appreciation for the doodling part (although having a iPad with a pen helped with that) and how this make it accessible (everyone can doodle), also how this design was a great way to respond to external situations that allowed us to 1) talk about solutions 2) start a project/experiment to solve it.

On the struggle side it felt very open very fast, and this arised questions about what was the point of it. The fact that we focused a lot on the characters (monsters) of the world more then the artifacts or the Taboos and Adoptions (that part went pretty unnoticed) was also a downside.

For what concern Witness I think The Quiet Year / Deep Forest has various mechanics that can be really interesting to explore in a more “constrained/realistic” situation, and although the aesthetic result of the world building sketch is not beautiful, it can be in fact the beginning of something that is already connected with a story and characters, but again this session was more to experiment first hand (and in a short time) with some of the mechanics out there.

Next week (Jan 12th, 5pm CET) we are planning to play FIASCO a role playing game about a heist that goes bad (think about Fargo, the Snatch etc…), if you’re interested please let me know so I can send out the prep email on Monday.

Was it not The Quiet Year?

Anyway, my provisional takeaway is that the focus on storytelling of The Deep Forest is a much better fit for a Witness-based game than the hit points mechanics of the version developed in 2021. I would like to see in action a version focused on economics.

Was it not The Quiet Year?

Basically “The Deep Forest is a map game of post-colonial weird fantasy. It’s a re-imagining of The Quiet Year, one that centres upon monstrosity and decolonization” quoting from their website.

I really enjoyed, surprise!, the exploration through drawing. Found it easier to remember/ take in the information as well as meditative and fun. Especially in a remote setting you tend to catch a lot less info (25% of the information I think @iouxo mentioned).

One of the challenges you pointed out, the need for a tablet and pen might be addressed with this solution @federico_monaco came up: ViConnect Play&Culture Prototype Webinar Event

Another question is that of play group sizes in physical games vs remote games. And how they would interact with one another across groups/ have some kind of dialogue ~ @mrchrisadams pointed out this shortcoming in our first game play session with the existing witness card game that we tested on 29/11….

Also we started to get into how monsters related and interacted with other monsters but not much. It seems to me that for that to happen, the scenarios/ questions would need to be developed or different ?