The Two Cs: Coworking and Childcare

While our latest coworking session dived into some of the major challenges that are affecting the sector, one of the solutions that many raised throughout the entire event and one breakout session in particular, was the idea of making cowork somehow facilitate or support childcare. With many forced to work from home throughout the crisis, life and work became entwined. Coworking spaces could give parents a breather and one coworking facility put together a deal that focused on couples with children …

“… results investing in couples, because they’re going crazy with the kids inside of the house. You want to atttract the couple so that you can make plans that the father comes in the morning or the mother comes in the afternoon, or perhaps one day the mother one day the father. Because one of the parent’s going to sacrifice themselves to take care of the child, and the other one’s going to get some work done so they can make something like that.

"We’ve just started to do that and we’ve been getting really great results. But it’s really in the beginning. Those are desperate people, so they need it.”

“One of the most successful things in coworking (spaces) here in town is actually providing childcare instead of (just) the coworking. So basically taking care of the kids while the father or mother is actually working inside the co-working space with an expert on childcare on the specific room dedicated for this. This is super helpful at this moment.”

“Because if there’s anything we can all agree on, apart from not knowing what’s going on in the future, it’s also that the last three months or four months have been a great test of what happens when there’s no childcare in place.”

“I know that’s what most people are looking forward to in September. Not just shipping the kids off to school, but getting some routine back and going on, because I think every one of us has probably heard this to death, but in terms of having all of this imposed on us, as opposed to actually working the way we all want…”

“It doesn’t matter if you have been remote working for years. If you’re suddenly homeschooling in the mornings, your day has changed. But it’s just a question again, does anyone who’s running a co-working space looking to bring that on board as a service and potentially the all important one from a pure business point of view revenue line?”

“Here in Brazil, the legislation to bring a person to take care of other people’s child is going to be impossible for safety and things like that. So we cannot even… We’re not even going to touch that.”

“Being around other people’s offspring all day … it’s a question if that’s going to work for everyone. But what we are seeing is that there are solidarity networks that are popping up around businesses and with logistics and all of this stuff, so maybe they can work together with the spaces. Because one of the things they (the solidarity networks) are complaining about is lack of physical spaces to coordinate around. In Stockholm, one of my partners has a coworking space and they turned it into a factory for protective gear for nurses and doctors, frontline medical workers. And the other thing that happened is that they also have been focusing more on artists. The community of people who are renting spaces for studios that has gone up while the desk rental has gone down. This could be an opportunity to align interests and resources.”

If you have any ideas or examples of how coworking spaces can incorporate childcare into their facility, to help support families and increase revenue streams then please comment below.

4 Likes
Weekly community overview newsletter 21st - 28th September
Weekly Update: Please update this list of content to promote for the coming week
Crystal Ball: How we can we prepare for what the future may hold
LauraRoddy August 28, 2020, 4:05pm #2 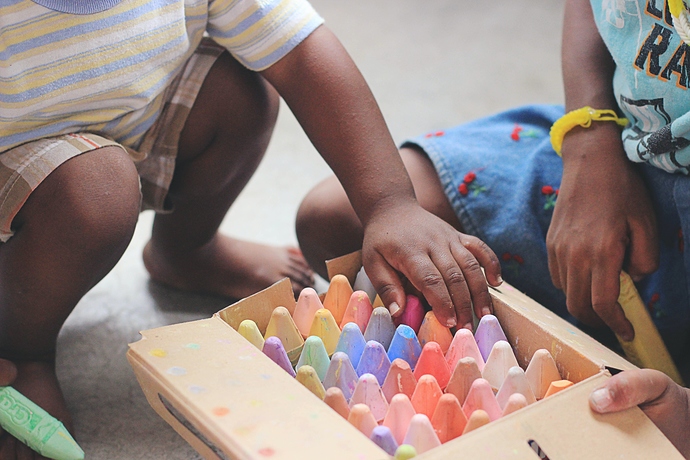 This may be of interest to you

One of the things that was also mentioned at the event is that the memberships to the co-working space would allow the mother/ father to switch spots in the same subscription - making the roles more flexible.
This flexibility that is now required in the family organisation would be mirrored by the ‘workplace’ organisation, which is pretty cool if you ask me!

Did I get this wrong?

ping @hugi and @hampus curious what you guys think about this wrt to Blivande?

Ping @katerinabc - may be of interest - as per our discussion on that GR slack channel, I have let Agata know.

I’ve talked with Agata about it and she told me that operating a child care in Ireland seems to be quite complicated thanks to the large number of certification, training and regulations. Licensing and regulation would explain the high costs of child care. It would be interesting to hear how child care is regulated in other countries and how the costs are kept affordable. For example, while living in Belgium, my monthly after school care for 4 kids were more or less exactly the same than my weekly child care (creche) cost for 1 kid in Ireland. Ok, food is included in Ireland, but that alone can’t explain the difference.

Hm, I am not a mother but I live in Belgium too. It’s encouraging to know that it’s less expensive than in other countries, but I do wonder how would it work if you’re freelancing or working from home.

Did you have any options to choose from during the lockdown? or now? With 4 kids, is it even conceivable that you would take them to work with you?

What if the coworking space had someone in charge of all the kids around, yours and other coworkers’? I haven’t heard of this yet, but perhaps you have @katerinabc?

or if the parents created a co-op/rota to swop the childcare amongst each other in the group? Not sure how insurance would be impacted with that approach. I am doing some research to find examples in my network and get contacts! watch this space

Okay, some info has come in: this location in Gran Canaria: https://cokids.es/ - with childcare offered on site. I am organising to speak to the Founder, Amparo!