We have Ideologies - which ones?

I find the presentation by Nadia at Ted Liege well done. 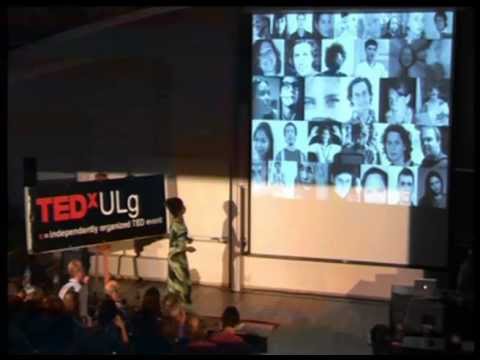 She introduces some people who interact via Edgeryders forum, and Edgeryders sponsored events.

At some point, Nadia says something like “These young people do not pursue / are not motivated by an Ideology”.

And this makes me question - is this really so ?

Personally, I can see a few overlapping ( or not ) objectives, strategies , ideas - in the projects and approaches taken by Edgeryders, including the examples given by Nadia in that presentation about some “Edgeryders”.

I also see overlap, for a number of people converging around the Edgeryders forum, iwhich can be put in relation to subcultural aspects of Indignado movements, especially the non hierarchical discourse. ( see article further below )

And yet, at the same time, I see Edgeryders developing itself, and more and more integrating other elements, including some kind of internet startup approach, with potential money making narratives, and involving also certain more hierarchical forms.   This in itself may be following a certain ideology, and one may then ask : What is, or are, the ideologies being pursued ? Is there anything like “Edgeryders”, or is Edgeryders just a forum ?    If different groups interacting on the Edgeryders forum have opposing ideologies, strategies, goals,

and if one group or set of individuals uses a panel of individuals and projects to promote projects with opposing ideologies, how can we defend ourselves from such political recuperation ?

Or can we create a diversity of approaches, specifically defined as to not create mis identification or appropriation, leave each specific “space” take its own approach, and all contribute to a commons which can serve as infrastructure to overlapping objectives ?  If this is such, do we have such clear differentiations ?  And can we, for example using a Value Network approach, clearly understand how contributions can flow in such networked form of economy ?

I am in favor of a multiplicity of approaches, as long as they are individually branded ( eventually with Edgeryders added to the individual brand, to contextualize some of the origins or relations )

I wrote about some of the approaches I could see, including how the different approaches could interact and interface with each other, here :

Alberto put forward some of his suggestions around business models in a networked approach :

I personally very much see us as experimenting , together with other “aggregators” for like minded peers, non hierarchical memetic engineering.  ( other aggregators and information points being for example http://p2pfoundation.net )

I believe that holoptism, and even more specifically anoptism, are important core aspects, as to at all times understand power underlining power stuctures

I also believe that equipotentiality is a core principle ( and hence a commons of open information that can easily be forked and built on - in terms of knowledge , but also from which to contextualize from, to enable choices and decision making )

It gives an interesting perspective in the evolution of enclosure at different levels of abstraction , and its relation to power

and Jeff Vail, a Theory of Power :

To go back to some of the roots as I see them :

In my own current perception,

I see the set up of Edgeryders , initially through the financial, infrastructural, and image support

of the Council of Europe,

as one which can be seen in the broader context of the Indignado / Occupy movements.

One may question : would Edgeryders exist without it ? Would they have received attention and support from the Council of Europe for such project ? What have been some of the initial motivations for some institutions to support and become clients of a Edgeryders project ?

I remember one of the initial approaches of Edgeryders was to study the youth, and their dynamics:

I also see the potential of a public relations / tokenism ( taking a minority ? ) approach by certain institutions, as to show they are actively adressing certain issues.   All this may have contributed to the financing of a small group of organizers.

Now that some institutions have taken away their financing - what are some of the organizers turning to, to get funding ? How are the people who converge and interact through Edgeryders being used ?   Are we becoming the product that is being sold ? By whom ? And for what interests ?

I find the following article of interest :

Robert Reich took the opportunity more recently to note that:

Occupy eschewed political organization, discipline, and strategy. It wanted to remain outside politics, and outside any hierarchical structure that might begin to replicate the hierarchies of American society it was opposing.

So when mayors, other public officials, and university administrators cleared the Occupy encampments by force — encampments that had become the symbol of the movement — nothing seemed to remain behind. Some Occupiers made plans for further actions, but a movement without structure, discipline, and strategy proved incapable of sustaining itself.

the stirring success of Occupy was not only how it energised people to speak out against a deeply unjust society or brought to national attention the inequalities that presently exist beneath the facade of the ‘American Dream’.

For me, the success of Occupy was precisely in its refusal to buckle to the pressures of coercive society and replicate the ideology of hierarchy and domination that invariably manifest ‘objectively’ through one-sided (recognitively speaking) circuits of power. Occupy’s emphasis on establishing a social dynamic that fosters mutual recognition and subject-subject relations should be commended as both courageous and truly radical, not blamed as the source of its inability to sustain itself in the midst of a coercive social circumstance that will attack and attempt to institutionally undermine anything that does not fit within its (ideological) coordinates. "
noemi September 19, 2017, 10:02am #2

Community survey:tool to see what other community members think?

I think it’s up to you to make a case for ER being ideological or not, I am not so interested in refuting that (although i don’t think a lot of people here claim to know how the society should be organized!). I think the diversity of individual approaches is what makes us unique. Don’t know if you’ve seen this community survey, learning where each of us wants to see Edgeryders going could help answer some of your many questions. As with most things, i don’t think it helps to keep what we want at theory level, including governance systems, unless we’re ready to put in the work to make it happen. Anyway here are my views on the many questions you ask. If they are rhetorical, simply ignore the below

You ask: Is there anything like “Edgeryders”, or is Edgeryders just a forum ?

Who should answer that? I don’t know. For me it’s a community and I build narratives around it, and the results show me that it’s in fact a community (good, healthy relationships and collaboration around common goals being key). This doesn’t impede you from relating to is as with any other forum.

Example of narrative: “A community of like minded people experimenting with radical solutions to environmental, social, economic, political crises. ER the social enterprise was founded to keep the community going & growing and collaborating, and support community members in their endeavors”

Example of work that proves it: Organising & pulling off a great LOTE3 with no money and all of us volunteering, except 2 Dutch ppl who got funded because of the social enterprise which was fundraising with minimum resources.

“what are the ideologies being pursued?” , “how can we defend ourselves”

–> so far when there was opposition to something it was solved through arguments (see Eimhin opposing funding from Rockefeller-> more than 1 person wanted to apply for that, so it just happened: https://edgeryders.eu/comment/5832#comment-5832

I remember one of the initial approaches of Edgeryders was to study the youth, and their dynamics:

I also see the potential of a public relations / tokenism ( taking a minority ? ) approach by certain institutions, as to show they are actively adressing certain issues. All this may have contributed to the financing of a small group of organizers.

-> the number of words like “potential”, “certain”, “may have” is making me miss your point entirely, I’m sorry.

what are some of the organizers turning to, to get funding ? How are the people who converge and interact through Edgeryders being used ? Are we becoming the product that is being sold ? By whom ? And for what interests ?

–> who’s we? well it turns out many of us - enterprise founders, members, users etc are chasing funding because we think we can make a living out of being part of Edgeryders community and collaborating. And that’s become clear with the Hire Yourself session at Lote. As for the Edgeryders company selling something without your permission, please refer to the Legals page … hope it helps.