Edgeryders as social enterprise: what you can do with it 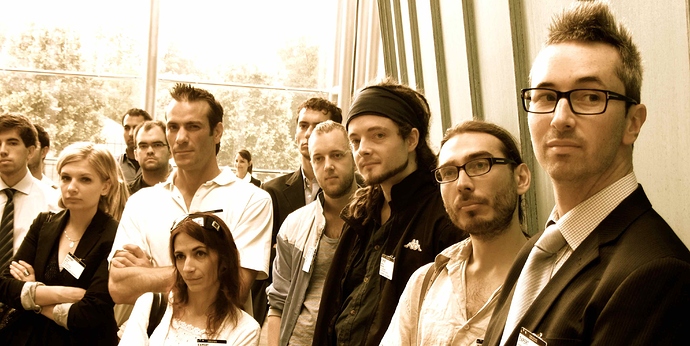 Making Edgeryders into a social enterprise means closing successfully two very different deals at the same time. One – the client-side deal – entails making a convincing case that we, the Edgeryders community, have the means of harvesting and conveying in a unique way valuable knowledge. You can find it here; based on the interest we generated in the last few months, I think it is not too unrealistic.

The other deal is the one I and others have been thinking about hardest in the latest couple of weeks: let’s call it the community-side deal. It entails making a convincing case that we, as individuals, would benefit from joining the Edgeryders community (or staying, for those already involved) revenue-raising social enterprise. Internet culture, as we know, is vulnerable to exploitative types that encourage you to “express yourselves”, then sequester your input and use it to get rich (Huffington Post, anybody?). In what follows I try to outline what I consider to be a fair and realistic deal which is advantageous to all.

The structure of Edgeryders-the-social enterprise would be characterized by:

With those design principles in mind, I am seeing the following structure. It is layered, like an onion.

The first two layers are the people that generate revenue, and drive Edgeryders as a social enterprise. The kernel focuses on keeping the community going, and this is critical because without the community none of this can happen. The operatives focus on projects, and the projects will be as diverse as they themselves are. The two outer layers provide content and discussion; the domain experts also act as relays to specialized communities that we might need to reach out to. The kernel people work for Edgeryders. Everyone else does not, but is eligible for packets of paid work. Critically, everyone in all layers donates a little bit of time too – hopefully that’s not too bad, because they get to interact with smart people and the kernel makes LOTE events happen for them. Also critically, we build in ways for layers to interact: for example, recruiting the board by picking some Edgeryders registered users at random. Everyone gets a chance to serve in the board.

3. Team and Advisory Board

This is not theoretical anymore, people. It’s been discussed for months. Let me proudly present the great people that have taken it upon themselves to kickstart Edgeryders-the-social-enterprise:

The kernel consists initially of the people that have put in the legwork (and, in some cases, their own money) into spinning off Edgeryders from the Council of Europe.

That makes for a nice, diverse (five people from five countries!), cutting-edge team, with strong continuity with Edgeryders-the-CoE-project. The kernel has access to a board of non-executive directors recruited among the community members who have been influential on the debate. The board should have a lot of independence (for example, recruiting its own members, with one member drawn at random from the registered users of Edgeryders – look for the “Would you accept to serve on the board?” button in your user profile). We are already in discussion with: Eric Osiakwan and our very own >@hexayurt.

4. So, who makes decisions?

You do. That is, if you are prepared to do the work. It works like this: you can kickstart an Edgeryders project by positioning yourself as what I above called an operative. And anybody can be an operative – this is why that layer is open. As an operative, you can mobilize the community towards your project even if you are not part of the incorporated kernel: you will be collaborating with it. I am not sure how to frame the legal status of the cooperation, but from an operational point of view this should follow three rules.

Operatives don’t work for Edgeryders: rather, Edgeryders works for them. Each of them gets to legitimately speak for the community and make the calls within the project he or she is leading. People in the kernel can initiate projects too. In fact, they must – they need to generate revenue to maintain community resources!

Openness is our best safeguard against opportunistic or misguided behavior. People vote with their feet: if the kernel abuses the community, the community will evaporate, and the kernel will be left without a viable company. They definitely don’t want that! But what happens if they don’t notice something is wrong? Or if there is a major disagreement? If somebody else does something stupid that threatens your project as it unfolds? Our second safeguard is the board of directors. We are giving it statutory powers to overrun management and act as benevolent dictator when it perceives a threat.

Let me finish with a couple of use cases.

What do you think?

Special thanks to @dougald.

Decentralized management in practice: The Edgeryders experience and what it means for social enterprises in general
Tired of hearing that we can`t
Principles for collaboration and operations in Edgeryders
Stewarding Ourselves: Two Non-Executive Directors wanted for Edgeryders LbG (call closed)
How EdgeRyders has Changed
Apollo-NG --- Mobile Hackerspace and Research, Development and Fab Lab
A game of resource tag in Bucharest. You’re it!
:green_book: Capacity Building Manual
About the Edgeryders South Africa category
Edgeryders South Africa: Gooi!
Edgeryders: thoughts on possible business models
Some new tools and skills worth exploring for the curious
Edgeryders in Johannesburg: Mid trip reflections and steps for moving forward
We have Ideologies - which ones?
Edgeryders LBG: one year checkpoint
How EdgeRyders has Changed
A list of recent acts of resources sharing and transparency from Edgeryders LBG to the community
noemi March 4, 2018, 8:56am #2

For me Edgeryders has been from the start a dream project that I was fortunate enough to turn into a dream "job", with on-and-off financial reward. I didn't really stop to think about it, but my parents would argue I could have tried to continue to work in a more formal, institutionalized, even safe environment instead of remaining in this wild cutting-egge space. For them it's quite a big deal, for me it's Edgeryders wise because it's passion.
So with everybody's guidance and especially Nadia's, I'm going to keep on working to support this complex thing we have here - community and organisation, by
I would add that us in the kernel are not just geographically diverse, we're almost each born in different decades!
1 Like
ilariadauria July 31, 2017, 6:39pm #3

Witness from the outer layer

Awesome. I hopped on only recently (at the #LOTE2 in Brussels) and am impressed on how fast things went since then. Take the unMonastery, for example: from Brussels to Matera in a handful of months and although it was a rush it came out dense with content and opened up even more concrete perspectives. From the outer layer I can assure you that Edgeryders becoming a social entreprise seems like a linear - although not automatic - evolution. If “it only takes a successful post to establish oneself as respected member of the community”, it also takes one post to attract people to the ER community: a few minutes listening to the unMonastery talk in Brussels got me hooked and operational, happy to contibute with my knowledge to the spilling offline of the project. And the reality-check went over expectations: sharing resources with ER has been encouragnig, enriching and empowering. To be repeated with no fear

p.s. one point remains unclear to me: the funding part. If one would want to involve ER in a European project it is not possible because it is not incorporated. Will this evolution towards a social entreprise allow ER to be an eligible partner or not?

It would with some fundraising help

Hey Ilaria so lovely to hear from you and thank you for the warm encouragement. I think that we should aim to become eligible to run on behalf of members in European projects. We do need a strategy for getting there as well as fundraising to cover the co-funding requirements. Any ideas or suggestions?

That is an important component of becoming a social enterprise. We are receiving many proposals to collaborate, participate in joint projects etc., and most require we are incorporating. We think the community can be better served by incorporating than by not doing so, so we will. Details (as: what kind of organization we will be, and in which country we want to incorporate) are still being worked out. More on this post and the related comments.

What we all are building together is the kind of thing that connects radical ideas like the unMonastery, with clients like the City of Matera. A platform that makes it possible to do good work by acting as an interface that gives more legibility to good people, knowledge and projects. And already has a track record of being able to build bridges inside institutions with the first iteration of Edgeryders, the unMonastery, the Policy Hero challenge at the European Parliament etc… Dougald Hine frames it as supporting viscerality (I really like this project and people behind it) by increasing defensibility (I will not get fired from my job for supporting this).

Our official aims for the organisation over next years should be something that uncontroversially contributes towards community members ability to pursue their aims individually, or together. I think we can keep it simple:

My pledge is to:

A big congratulations to everyone thats worked on this here & there behind the scenes.

I think the principles laid out above and structure of this enterprise very much points towards the vision for this community and what we networked cyborgs can get behind. As it has become clear that we ‘have’ to do something like this to be able to interface with institutions that we want to talk to, and those that want to talk to us.

Thanks a lot, Jay: small gestures of “thumbs up” from the community mean a lot to me and our small pirate ship. And you are right: that interface is needed, and it is time to accept long-term engagement with our institutions and build it. I have a feeling we might help; and anyway, if you don’t try to fix things you lose a lot of credibility in complaining about them not working.

Edgeryders as the Corporation and Brand Owner - Its Contract ? -

there seems to be Edgeryders as Limited Corporation, based in the UK,

which also owns the trademark on the brand.

This means in my current understanding that it makes anyone relying their communication and activities on Edgeryders as brand dependent on such corporation, and on those who control and own the corporation, even if such owners are benevolent.

What are the specific aims of the Edgeryders Corporation ? It may have been discussed in other places on the Edgeryder forums.

The Corporation may serve as structure to limit individual responsabilities ?

It may also be there as a legal interface to facilitate invoices ?

What is the specific contract in which this happens ?

Is it like , what in Belgium we call “Cooperative d’activite” ?

Or another precisely defined model for making invoices ?

Protected and guaranteed by the structure ?