I took a stab at trying to weave together some of the different conversations going on about climate on the platform and molded it into a blog post which we could disseminate beyond edgeryders, to share with those who don’t know us, what we’re working on. But it needs your input, so please share your thoughts!: 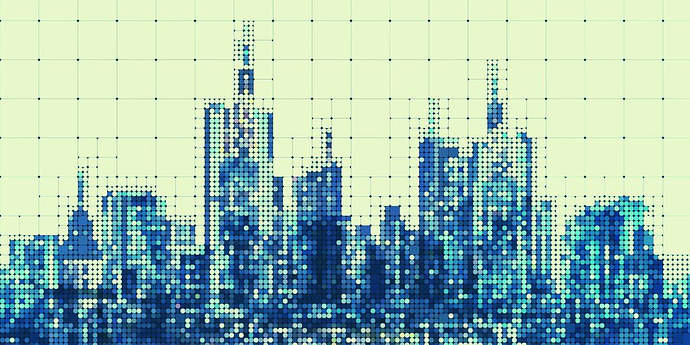 This summer a heatwave set all-time high temperature records in Belgium, Germany, Luxembourg, the Netherlands, and the United Kingdom. And in January this year an extreme heatwave in Australia caused wildlife deaths, bushfires and a rise in hospital admissions; while at the same time a polar vortex rolled over the US, disrupting life across an entire region with decades-old records falling. With the air and water around the tropical Atlantic rising quickly, hurricanes like Dorian which hit the Bahamas just last week, will develop and grow stronger more quickly and carry more rain as they move.

We don’t have the luxury to sit around any longer and hope it’ll be ok: climate change is here.

What this means: we have different layers that all affect our climate, and tech is one of these layers.

To move away from the path that we are on, and move towards a stable and resilient planet, we need to reduce our carbon emissions significantly and find a way how we can live happy, healthy, and fulfilling lives.

We can only make this happen if we tackle the following all-together: technology, policy and behavioral change. Cutting carbon emissions needs businesses, governments, and people to make significant investments and coordinated efforts.

A lot of different things affect each other, known and unknown. That is why we need to make substantial changes on all three fronts at the same time, and in such a way that progress in one reinforces/is aligned with progress in the other two.

At the very least, the world needs to cut half of the carbon emissions by 2030. Although banning plastic straws is doing very little on its own, there are several interlinked solutions to reduce carbon emissions.

“Another potentially effective tool is “slowing down.” For example, you can slow down carbon emissions by 20% in the shipping industry if you slow down the speed of boats by 12 Knots. And there are many more examples”.

But not only our immediate actions matter, as Bendell writes. It is also about changing our value systems, cultural identities and routines that have changed during our carbon emission dependent capitalist society. These are a few ideas on how to make that change: “re-wilding landscapes, so they provide more ecological benefits and require less management, changing diets back to match the seasons, rediscovering non-electronically powered forms of play, and increased community-level productivity and support.”

But what about the tech side of it, in terms of green products — what technological development we invest in and how — or a human-centered internet which “doesn’t make the situation worse.” Right now, the internet is a net contributor to climate change: can the development of the Net even be considered outside of this reality?

In terms of products startups and tech companies produce, we should work on the environmental impact on both the materials side, as well as on the energy side of (digital) products.

How do we know if something has had impact?

Knowing if what we do has impact is extremely difficult, as explained here. Especially governments are extremely eager to measure anything with so-called scalar indicators which they control, such as GDP and ROI. And this form of “administrative ordering” could even lead to violently changing reality, as we saw with Stalin’s collectivization of agriculture.

“Stalin’s collectivisation programme was terrible at growing crops. But it worked very well in appropriating crops to feed industrial cities, the base of Soviet power, and in keeping the peasantry in check. In other words, these schemes are successful parasites. Once they take hold, they are hard to kill,” as Edgeryders Founder Alberto Cottica writes here.

So, what can be done so governments really appreciate what is going on in complex systems such as the economy or the global environment?

Two researchers, George Cowan and Brian Arthur at the Santa Fe Institute, believe that governments should mostly observe, monitor and experiment, a wise government recognises that it is part of the environment it seeks to influence.

What Edgeryders does and how you can be part of it

This is how we, at Edgeryders, are working towards it: we bring different solutions for societal problems together, through people, social science methods and open source technologies. We work with institutions to implement these solutions and we’re in the middle of creating new places to live and work together, where everyone can develop the skills, behaviors and social norms needed for thriving in a decarbonised future.

And this is where you come in:

Join this conversation here. And to discuss the perils of having a human-centered internet which contributes to a more sustainable world, instead of eating up insane amounts of electricity, join this discussion to come up with a solution how “tech doesn’t need to make it worse.”

You should also join the international Edgeryders Festival taking place all over Europe between November 19th and 29th, where will discuss — among other topics — how we can build a deep green, ecologically sustainable and regenerative society. Tickets can’t be bought by money, but through helping organize it. Share how you can contribute here, and we’ll help you connect to the right people and projects.

Our next festival community call is Tuesday, October 1st about Deep Green Tech. You can join it here.

Thanks for this Inge, this topic can and does feel overwhelming. It is helpful to those of us that want to dive in to prepare ahead of the festival but are unsure where to start. <3

From the paragraph below I would reframe “We need to change our value system: from consumption…”

All the text above this section for me is too much, and many things are quite well known.
If this is a text on ER work, than 80% of it being exposition and only 20% about ER work is not ideal. But that’s just me.

All this maybe can be summarized as:
Around 10% of the world’s total electricity is consumed by the internet, and the trend is to push many hidden costs in it because they are not transparent i.e. deep learning algorhythm produces the equivalent of 626,000 pounds of carbon dioxide.

A question to ask is who is this post for and what is its purpose?

While having been immersed in snippets of information, data etc and a general awareness of the issues for over 10 years - I would find seeing them connected in one place is helpful as a shared foundation for a community conversation. What I am looking for is something that connects the dots starting from the climate science pointing to the bad stuff, and where good things are happening (complete with charts and stats) - followed by a birds eye description of what is happening in tech ending with linking the tech, money and politics around would be super helpful. But without having to do a PHD around this topic

This is something I found really powerful from a presentation and fishbowl I attended during techfestival (notes here). The missing part for me there was the “where can my small self get in and contribute meaningfully/make the transition in my own life, to contribute to the transition to decarbonisation of economy, society”. As in - a place, a group of people whom I can do this with, resources to support me while I learn skills needed. And some way of figuring out how I am doing while on that journey. Often it can feel like fully internalising all this stuff means throwing yourself off a cliff with no parachute and no landing pad - terrifying.

Yes, we do the extinction rebellion marches - but then? This is what @julyandavey were pointing to in the workshop proposal for deep green and tech.

And it is this space/navigation and dense network of enabling relationships I am hoping we can draw forth/ build together through our conversations on the platform and their analysis through the collective intelligence methods and tools at our disposal.

If you were to collect the full range of arguments/discussions it is super easy to get lost in all of this. So finding a shared framework/foundation to depart from in the midst of all this obfuscation is vital imo.