Care for the neighborhood: ‘don’t complain and do it yourself’?

Emily Thomey is my name, I was born in Dülmen in North-West Germany. I work as a freelance journalist in Berlin, and in the last 2-3 years I started cooperating with a network called The Dive (thedive.com), just around the corner from where I live. What they do is development of organisations. The keyword is ‘new work’, where you can find new methods of working together, or of organising oneself. I did a lot of PR work for them, but left last year in June. One of the colleagues there, Benedikt is now leaving, and that’s why the project is ending… 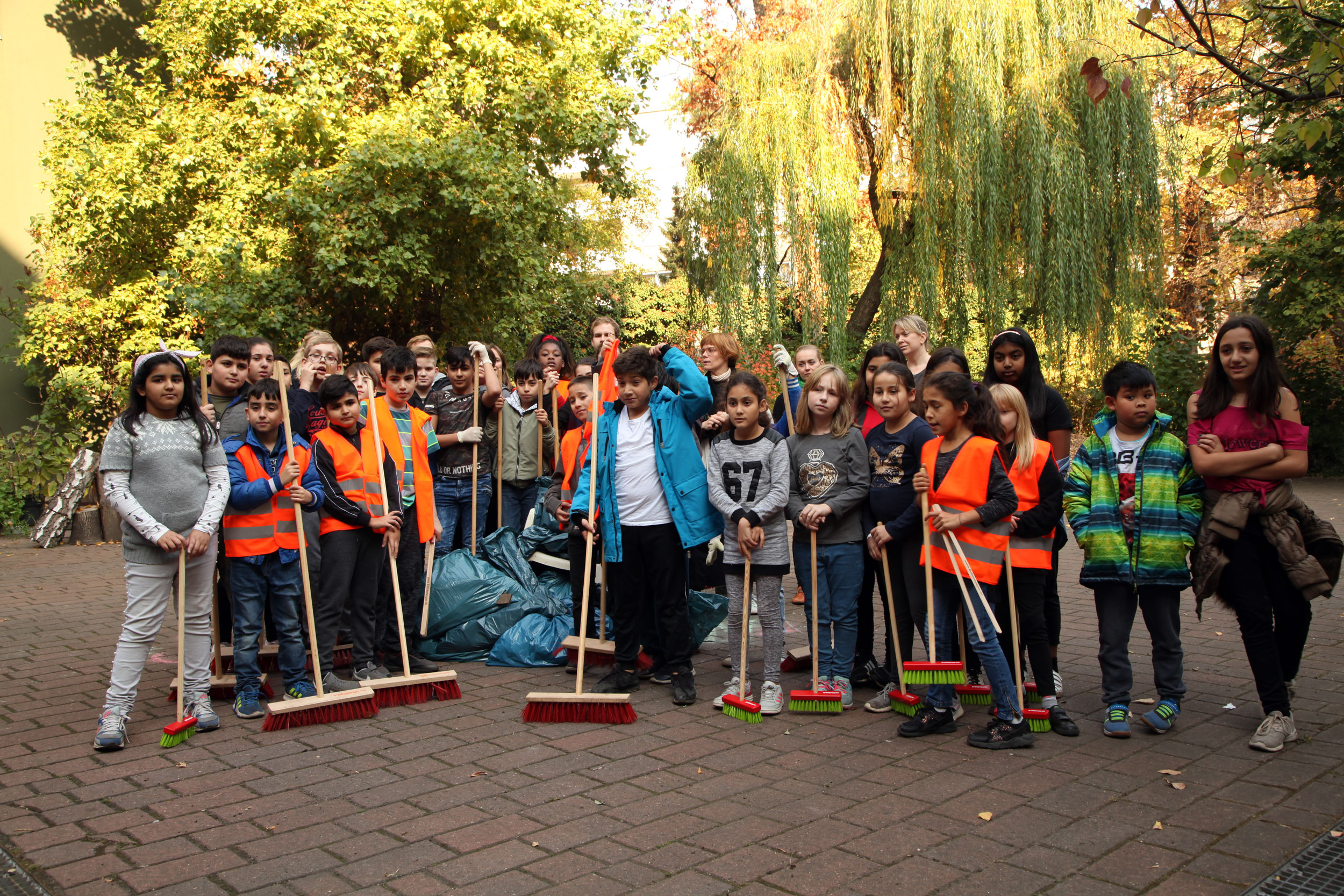 He and I had this conversation about how beautiful our neighborhood is, were it not for the waste in the streets. We have decided we are going to clean up once a week. To make it realistic, we said we take 30mins. We did it for quite some time, before lunch, Mondays and Tuesdays, and always had quite some bags of waste, but also people joining us.

We talked to the cafes in the street, with a dance event place for contemporary dance workshops, and with neighborhood management.

You have a lot of unemployed, junkies around in our neighborhood. You only notice it some of the streets, with so much waste lying around. We realised what was necessary was deeper work. It’s about education, going into the schools and the homes of people, involving them in getting a feeling for their own environment, and not stopping at their doorstep.

We also realised they have other problems and it’s hard to have this particular awareness.

What we did next was to talk to an elementary school with a lot of Capri-Sun bags around it (famous lemonade drink in small plastic bags). We thought maybe it’s also the kids we should be talking to. We got in contact with teachers, who were very open to cooperate with us.

There was this local waste organisation in Berlin who is responsible from the City, they have a small initiative where people say ‘I want to clean up’ and they give you the tools to work with. It’s a mini facebook for your neighborhood and you log in and ask for help, ask for tools etc. A digital form of community management.

We announced cleanups in whatsapp and slack, for The Dive and in the end where quite a big group:.

That was our last big cleaning action. After that, Benedikt and I had a talk. We had really enjoyed the work with everybody who got involved, but the network that we were coming from wasn’t as involved as we would have needed them to be. There was little response, and a not equal situation because Benedikt was fully employed there and I did the whole project pro bono. It didn’t work for me: either we do it both for free, or both get paid. We said we take a rest and get together after winter.

When I realised that we weren’t gonna continue (we both ended up leaving the company meanwhile), I was thinking of who can I continue the work - but there isn’t anyone in the neighborhood that I know who has the time or is on eye level with me, whom I can work with.

The waste project was solving different issues: on one side, the City is responsible for cleanup in a different way, not so efficiently, and on the other hand, the people living here don’t know about the spaces where they can leave that trash or they just don’t give a shit. Those are the two poles, don’t know or don’t feel responsible. I think that if we had done it longer and kept going, we would have gotten to the point to say okay, we need change on a broader level. For example, for the Quartiersmanagement a clean neighborhood is top concern this year, they have subsidies and you can get money if you apply.

I learned about how much work it is, this community work. Finding the motivation again and again is the most difficult part. That work is Sisyphus. You have to do it every couple of days. I have great respect for those who do this all the time, you need to have a lot of intrinsic motivation. You’re either not paid at all, or paid very badly. It’s not about the money though. I really enjoyed getting in contact with the people, now I feel more connected with where I live. I hardly knew the school, the cafe before.

That’s great @Emily! Thank you very much for sharing your story.

Maybe you would like to have a look at this speculative future project and apply your insights to it?:

Welcome to Retirement! Internet of Humans

Congratulations, you’ve made it to retirement age, and without a pension or investment plan, you’ll have to hack your way through your golden years like you did your youth. Have no fear, with a little bit of innovative thinking and peer collaboration, you can seamlessly cruise through your elder dementia in style! [hqdefault.jpg] Many precarious workers do manage to make it to retirement, and it just might happen to you. Some Americans have turned to “outsourcing eldercare” by shipping t…

Great initiative!
Sometimes municipalities support such plans by providing grabs, garbage bags and so on. In my small village near Stuttgart (Baden-Württemberg), there is a “Kreisputzete” at least once in a year. It’s announced publicly and people meet an run hicking trails or along streams to collect rubbish. The material is provided and when the work is finished they all have supper together. So it’s not just cleaning up but also connecting people.

That sounds quite nice @Ulrike. Have you been able to participate there?

Not yet, due to some problems with my hip @MariaEuler. But I will offer my help preparing supper. Hope they need help. Maybe this can be my contribution to a lively community.

Meanwhile I called the organizers. Supper will be arranged by the volunteer fire brigade in town. No help needed. But nevertheless, a very good initiative and I’m not quite sure, if I had had this call without “Care for the neighborhood”.

@Ulrike, I am happy you had a good call with them and were inspired to take the initiative.

Have a wonderful day!