[Discussion: Egypt] Things we don’t like in our culture and are trying to change 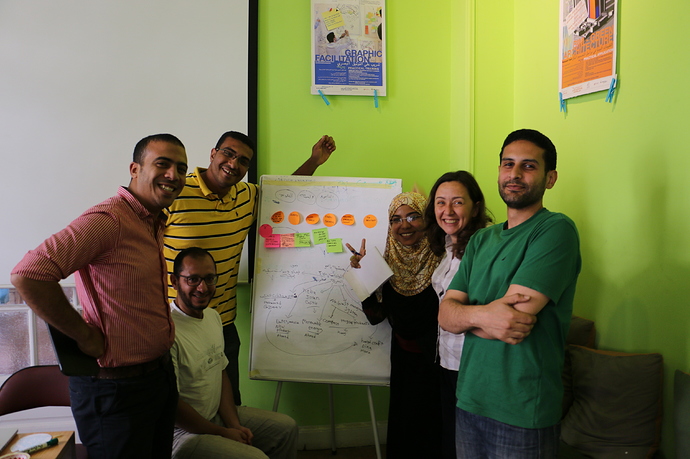 This Backcasting article came out of a conversation below between @monarezk @matrikation @ericzoetmulder @Abdo @amiridina [am I missing someone? Please add names here] about the things we don’t like in our culture and would like to change as part of Spot The Future.

The behavior they want to change is individualism, the belief that the outcomes on your own life are dependent on your behavior as an individual and not on collective behaviors.  As well as ignoring the consequences of one’s behavior on others.

Some in the group suggest the root cause is a lack of collective national pride in order for people to start working together.

@ericzoetmulder, a foreigner, said they doesn’t see symbols of national Egyptian pride, do people buy tickets to go see the national football team play outside the country? On the contrary said @amiridina and others - the sense of national pride is there, the root of the issue is a sense that the country “does not belong to us”. Another issue is that Egyptians don’t invest their money in the country. But Dina pointed out again how it was tied not even to stability but to this sense of ownership…she mentioned how when the revolution was kicking off her friends who were living abroad would call and discuss how they could invest in Egypt.

There was a discussion around the need for a big unifying national project:

@matrikation mentioned that when Egypt was building the high dam everyone was proud to work on this project, (not everyone agrees the high dam is a good exampl or that people were really united). But someone in the group pointed out that large projects are hard and slow to get off the ground and have a high risk of failure- It is better to start with something small that can be done without having to interact slow, big machinery. Well maybe something more like the Kibbutzes? We have so much unused resources  @matrikation pointed out.

The suggested approach towards affecting change is:

1. Get the ball rolling on some kind of action that people can build collectively, bottom up.

2. Achievement lis followed by celebrations that tells people who are important and maybe undervalued, like farmers or teachers, that their work is important to the nation.

3. Getting Egyptians to invest in Egypt.

Do you know anyone who has any experience of Fifa coins having tried to do any of this in Egypt? Know of any people or projects in Egypt that should be included in this discussion?

Tell us and help your peers learn from your experiences and vice versa!

I have some thing to say

I want to add a reason for individualism in Egypt , the Frustration after all what happened and what is still happening . so the first step at our project was Motivating people specially the youth, they need to recall their passion to achieve their dreams for our beloved Egypt .

so as @Nadia asked support our project by sharing your experiences of same projects & your ideas with us . Also It’s an honor if you wanted to join us

Guys I think we can compare notes, at the workshop in Armenia it turned out that solving any challenge or burning question people had meant going further back and addressing mentality and values first… Which is not easy, because our cultures are deeply embedded with them and in narrowing down any issue we come down to: where should we look at which provides some clues to moving forward?

With respect to individualism, the issue was framed by @Lili @lurglomond & others as a lack of agency: the idea that problem-solving is someone else’s responsibility. Could we perhaps build on this together ahead of June? Should it be a collection of statements from people who have overcome this in their initiatives, or an open letter? [thinking out loud]. what would be a shared outcome that is of use for all?

Building on this together

@Noemi We have most probably used the wrong term to define the problem in Egypt. It’s not individualism. It’s maybe egocentrism and disrespect of public spaces, example to this is the street harassment, people cleaning their houses and throwing the garbage from their windows, etc. We were also not trained to work in team, there is always - and especially in Cairo - a competition. We lack ethics and disrespect of other as it was said by someone during the workshop. This behavior grow - up after the revolution…

Is it the same problem in Armenia?

What is one initiative that you know of and admire?

Ok, whether it’s individualism or egocentrism it’s clearly a values issue. So far I’m seeing you guys identifying a lot of bad habits Egyptians have, how about moving on and bringing the allies? We can’t “simply reprogramme everyone over night” as one of your facebook friends was saying, it happens organically. The hardest part can be starting off, figuring out what to do about it. I would go back to the question of this post asking: what initiatives are out there to learn from? Hooking up with people already doing something and joining a cause could prove more effective than shooting in the dark.

If you were to nominate 1 project that is building trust among people, what would it be? Can we invite them in the conversation?

Same goes for Armenia - pinging @Lili again who seems to be preoccupied with values.

@Hazem I do not believe that individualism is an issue in Egypt. Do you? If not maybe we need to dig further the root causes of disrespect of public spaces. For instance why would people accept bad quality of service in Guezira Club, dirty bathrooms, dirty gym, etc. Why those who spoke decided to keep their mouth shut and leave in peace? Why do people throw their garbage from the windows? Why can’t we work in teams?

That is really hard

@amiridina, let me make a small point and a very modest proposal here.

The point: working in teams is hard. Everywhere. Many people find it relatively easy to give orders or receive them, but working together, in autonomy and mutual respect towards some goal is really really difficult. Many never learn. Others spend their time trying to get good at it. You might think this is an Egyptian issue, because you live in Egypt and you see a lot of projects fail as people waste their time fighting and being jealous of each other. You never hear about Italian projects doing that. When you hear about an Italian project, it’s always a project that gets it together, and whose main people manage to function as a team. This is because Italian projects which sink because of infighting never get to the ears of people in Egypt. But if you were in Italy, you would see this exactly in reverse: you would see plenty of Italians failing, but you would only ever hear about successful foreigners. And in fact the Georgians made exactly the same point “We compete instead of collaborating!”

The proposal: with the Georgians, we are thinking to do a small project together. It is a project on teaching people to use open source software, but its real goal is to try to work together. Maybe some of you guys in Egypt would be interested in joining? We have already discussed it, and would love to have you guys (even though we may fail in making it happen).

This is the initial discussion (there are many comments, read at least the first one). This is the one-page document with which @Inge and others wil get in touch with the European Union delegation to Georgia. Egypt, too, is eligible for Horizon 2020 funding (source), so an NGO in Egypt could also join in. @Hazem, @Ahmed M Rabie, feel free to invite others to the conversation.

lots of contradicting thoughts about that root cause

@amiridina digging deep  into the root cause is very hard to define . I have -and I think that was clear in the discussion- lots of contradictory thoughts about that .

like when talking about the garbage issue - apparently its a matter of values but when we think about it from a different view “when u know that it doesn’t matter the streets will still be dirty as the cleaning system is unefficient  so u get used to it and just clean ur space” .

so I don’t have a clue about the "root cause " may be as u said in the discussion is leaning more to the egocentricity .

and when I think about @Noemi 's question !! I find it wiered - may be because of the pessimism political situation we are having now -not to discuss the collective actions we had in the last 3 years .from political demonstrations organized on facebook where theoretically there should be no trust in this online sphere but it works to collect people who never knew each other . to the other actions who started right after 2011 like cleaning ur block or collecting money to help some refugees or something like this .

The culture problems in Armenia

Hello guys. Thanks @Noemi for pinging me here. It is interesting to know that there are such cultural and in my point of view maybe mental problems in Egypt as well. It is a topic which requires much time to consider and solve. And I am curious what kind of solutions you have? What is done in your country?

@Alberto I am definitely in. My friends promoted open source in El Sawi Cultural Wheel in Cairo, years ago. They distributed free CDs and offered advice. (…) There is a recent success story involving the ministry of information technology here. (…) I am interested and might be able to connect you with the people here. I worked with Italians in a transnational company: French & Italians and worked for a couple of months in the Italian Cooperation in Cairo. I think I know what you are talking about. It’s not the same everywhere Alberto!

@Hazem maybe it’s the lack of trust. We do not trust our capabilities, each others, or the government. Patriarchy could be another reason. I observed people in few communities, christian communities have more tendency to organise and work together. It’s either to put people to work together in villages than in bigger cities, where people are coming from all over the country and do not know each other. We need a sociologist / anthropologist / psychologist help here

@Noemi @Lili If we ever meet let play Oasis Game and see if it could help in improving the situation.

@amiridina just sharing with u my opinion on the trust issue but I think we need a professional  opinion indeed , I agree that trust and collaboration is better in villages or small towns when people know each other and have mutual trust than cities , but on the other hand in big cities and on the digital medium  collaboration with total strangers -on the personal level- is actually accepted and welcomed by many because when it comes to Y u r collaborating its always the CAUSE or IDEA that matters not the person

and on the other hand what is the oasis game