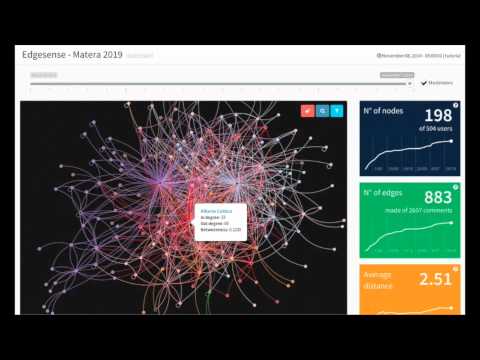 This project was initiated by Alberto and various collaborators – some of them Edgeryders. It has since morphed in a component of a EU project called CATALYST, to which I participate under the aegis of Wikitalia.

Update January 2015: Edgeryders officially partner up with Catalyst to test two of their tools, Edgesense and Assembl. Learn more

Bucharest's bid for European Capital of Culture 2021 is in
Anyone here heard of JMG and the Green Wizards?
:green_book: Community Management Manual
Compile first set of questions we want to answer with Edgesense
Edgeryders LBG: one year checkpoint
Edgeryders partners up with CATALYST to test tools for network intelligence!