Freedom Writ Large: A conference on attacks on freedom in Europe and what we can do about it 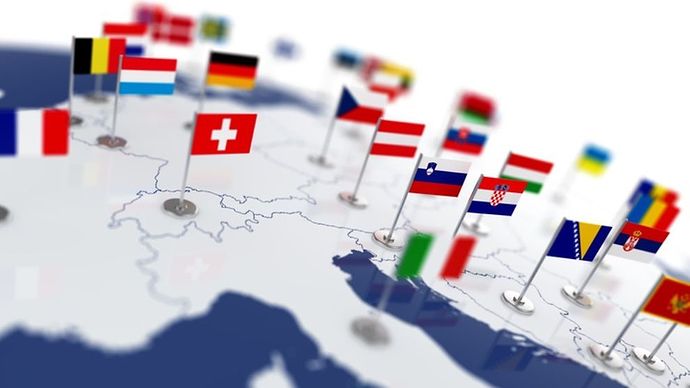 On September 28 we will open the doors to a 2-day conference on Attacks on Freedom in Europe and what we can do about it. The event is organised by Edgeryders in partnership with UCL , Tartu University (Estonia), Jagiellonian University (Poland), Charles University ( Czech Republic), and Corvinus University of Budapest (Hungary).The event is the final conference of PopRebel, a European research project on neo-feudalism and neo-traditionalism. It has received funding from the European Union’s Horizon 2020 research and innovation programme under grant agreement No 822682.

NB: Under development and will continue to be updated till the day of the event.


THEME: Attacks on freedom in Europe, and what to do about it.

Keynote + reflections on the keynote

Civil society actors are ideologically diverse, ranging from authoritarian to libertarian. Their take on the issues of security and defence will vary dramatically. Some “territorial defence” groups in Europe are like supremacist militias in the US. Very ideological. On the other hand we have groups that are genuinely interested in the security their societies, families, neighbourhoods, etc. In this panel we bring together leaders from civil society and defence experts for sense-making around preparedness, response and recovery from armed conflict.

How to win an election when the economy is struggling?
Voting behaviour in a situation of economic decline

CUB to choose between:

From the ethnographer’s pov:

How to dress like an authoritarian: populist characters in search of an author
Populist solutions in different situations
tbc

From the ethnographer’s pov:

How to run a business in a politically challenging environment?
Neofeudalism: the invisible yoke on the economic freedom

How to build an anti-authoritarian culture?
Resistance through art

Mind your own business: how to defend personal space in a repressive environment?
Society : personal freedoms

The event is free of charge. You register by sending email expressing your interest to ivan@edgeryders.eu

10 posts were split to a new topic: The ecology of Witness, and ecology as an inspiration for economic syste,s

@Jan @Richard as discussed, find the concept idea for our strand of the final impact conference here. Let us know your thoughts and if anything related to the event format should be included in the amendment.

Track 1: How would X work/look like in Distrikt Y (that economic model)

Do you want to discuss this further? Not only in terms of what the conference will look like, but also in terms of the steps we need to take, starting early 2022, in order to make it happen.

“A final impact conference, targeting not only academics, but also – and especially – activists, politicians, journalists. Comparing notes, learning from each other, with POPREBEL functioning as a way to find and systematize the existing experiences.”

Format of the event

Paolo Cirio has agreed to lead one of the panels on the impact conference. Possible dates between 22 May and 3 June.

In a wide array of topics he has covered through his artistic work, things like:

There is a project on the importance of the information control - disinformation before the fake news phenomenon. Is a participatory fact-checking mechanism in a system of a truely democratic control of the data possible?

Information, disinformation, misinformation in the times of crises - a line from the antiNATO campaign to today’s disasters.
I have selected those that may be the best fit for POPREBEL, but his work is very rich and perhaps the best thing would be a panel on the points of view of the engaged artist.

Something like Paolo Cirio, art and engagement - Information, disinformation, misinformation, where we introduce his work - videos, an interview, etc. and open a debate on the unsaid about the populism in the media.

To contextualise/ find the theme for the event - Let’s get back to the mission of the poprebel project as described on the european commission website: CORDIS | European Commission

My hunches for tracks/ themes around which we cluster the points in the program:

POPREBEL is an inter-disciplinary consortium of researchers focused on explaining and contextualising the recent rise of populism in Central and Eastern Europe (CEE). While populism is a phenomenon that has by now emerged in almost every democracy, we believe that regional and cultural-historical dimensions need to be considered in order to improve not only scholarly knowledge, but also policy recommendations. It is urgent for Western Europeans to look into the CEE mirror, just as it is urgent for the CEE region to understand itself.

To this end, we will create a typology of populism’s various manifestations, reconstruct trajectories of its growth and decline, investigate its causes, interpret its meanings, diagnose its consequences, and propose policy solutions.

Our focus is on CEE, but we engage in comparisons with populisms elsewhere, particularly Western Europe. While scholars from different disciplines have looked at populism, we argue that the full potential of interdisciplinary research has not been achieved yet. We draw on data and models from various disciplines and combine them into a rich study of forces at play. In addition to established methods of economics, sociology, and cultural studies, at the heart of our approach is a novel methodology whose essence is a large-scale, Europe-wide, multi-lingual online conversation. This is a listening exercise; its aim is a deep understanding of everyday life in Europe challenged by the rise of populism. The method to process this unique ethnographic material is semantic social network analysis.

POPREBEL relies on foresight/future studies, deep involvement with activists, policy makers, and civil society actors to boost the immune system of European democracy. We develop scenarios and share them with all interested parties to reflect, in public debate, on how well they fit both in the CEE region and the rest of Europe. Our focus is not just scholarly; the project serves as a platform for mutual learning.

The task of the work package was the development of the foresight dimension for the POPREBEL programme. The major load was done by the Tartu University with minor contributions from the Budapest University.

We agreed with Vello on two possible options:

Vello will evaluate if it is possible for him to organise the engagement seminars before the conference in which case the outcomes could be presented during the WP6 session.

The WP’s main objective was to define and theorise neo-feudalism and neo-traditionalism, studying the reasons of their emergence and functions in Central and Eastern Europe and posing a general theoretical framework within which other cases can be interpreted. The key
source was examined from two perspectives – the economic and the socio-cultural.

Uniwersytet Jagiellonski coordinated the WP (still need to hear from them).
Istvan Kollai (CUB) worked on conceptualising the neo-feudalism and will present his work. Waiting to see the possible framing which could provide an impact (inspirational) dimension.

The CUB will prepare 3-4 reflections on the effects of the unemployment, inflation immigration in southeastern Europe to be presented in a panel with enough time for discussion.
Guests - politicians, journalists etc.
Goal - deliver the guidelines/orientational framework for a practical, policy making impact.

Timeline: title and themes by 18 March, then the formatting of the panel, possible guests and discussion
To define - live floor, prerecorded presentations, which guests

@jitka.kralova and I had our chat already. We agreed that by 30/3 she (and ideally all other ethnographers) would send us

After a meeting with @Jan and @Richard this Monday, we have added some more structure to the shape of the impact conference.
The general frame of the project aims to be more than an academic exercise.
The key thing behind the engagement withe the activists and the policymakers is that the whole project looks at the populist phenomenon in a more comprehensive way (as indeed it does).

The MVP is the impact conference as a mosaic picture: a multifaceted body of work (which is the major difference from the other projects), should be presented not as a sum but as a collection.

By the beginning of April, Jan and Richard will prepare a set of possible topics and combinations as well as a list of requests.

Focus on the political parties
possibilites:

The original things that might come out of this one - example: how the populist economic policies develop over time when the right wing populist parties come to power

The CUB 3-4 reflections on unemployment, inflation, immigration in E/Sn Europe
format: round table with politicians, journalists etc. as guests
Goal: deliver the guidelines/orientational framework for a practical, policy making impact

CONCLUSIONS of the conference

Thanks for the update @ivan… does this mean we should send over the 7 min presentation and burning questions based on our fieldwork data or would it be something else now ?

Hi Jitka, no change there for now - the idea is to embed your presentations in the WP2 part. I’ll give you more details (or other possible requrements) as soon as I have them.

I was quoting Jan

, but that is the idea

Ok, following up on today’s meeting with @nadia and @ivan:

Date: We reschedule to September, nail a date and write it in stone.

Concept: The Great Pushback: the ground reality of European populism. Or something that:

Sessions are: moderated panel discussions + Q&A. Each panel consists of at least one POPREBEL academic + at least one representative of “the ground” (activist, business person, artist, etc.).

In general, the process to design sessions is like this:

THEME: Attacks on freedom in Europe, and what to do about it.

Keynote + reflections on the keynote

Paolo Cirio, @Jan - to be scheduled and organised

How to win an election when the economy is struggling?
Voting behaviour in a situation of economic decline

Jitka Kralova - the effects of the COVID pandemic bringing on stage marginal voices and anti-liberal discourses, intertwined with populist rhetoric

How to dress like an authoritarian: populist characters in search of an author
Populist solutions in different situations
tbc
Sean Hanley and Piret Ehin: Left wing populism vs right wing populism

Magdalena Goralska - Poland and the role of social media in shaping polarizing narratives online - are the debates still possible?

How to run a business in a politically challenging environment?
Neofeudalism: the invisible yoke on the economic freedom

Istvan Kollai on the concept of neo-feudalism
possible contributors:

How to build an anti-authoritarian culture?
Resistance through art

Maria Asavei, @Jirka_Kocian - [Theatre as resistance to right-wing populism in Estonia, the Czech Republic and Hungary]

Mind your own business: how to defend personal space in a repressive environment?
Society : personal freedoms

Many thanks. Looks terrific. The new Panel 7 may serve as an opener for the event. Let’s talk more about it. The first idea I have is this: civil society actors are ideologically diverse, ranging from the far left to the far right. Their take on the issues of security and defense will vary dramatically. Some “territorial defense” groups in Europe are like far right militias in the US. Very ideological. On the other hand we have groups that are genuinely interested in security of their societies, families, neighborhoods, etc. I would also pay attention to the gender dimension of this mobilization.

ping @trythis - up for speaking/inviting people we know to this?