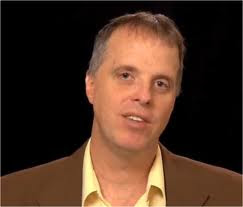 His drive for making society better and doing something worthwhile is bigger than his fear of failure. He has the courage to refuse to play small. Courage is contagious! One brave innovator sparks the pilot light that encourages others to think big and act bold. It takes guts to get out of the lunatic fringe where new breakthroughs are found, encourage people to write about dumb processes and bad systems that limit potential.

Meet John F Moore, founder and CEO of Government in the Lab ― http://govinthelab.com, the online magazine for government and politicis across the world. He preaches that open government creates jobs. He embraces change without batting an eyelash, deals with turmoil with serene calmness. Through chaos, he always sees opportunities for action and for business. Throughout his career, it became increasingly clear to John that open communication, honest dialog, is a key component for success for all individuals, organizations, and governments.

John’s vision of open government is a worldwide collaboration. He invites all to participate in making his online magazine better, by constantly requesting input and encouraging action. He has the ability to increase optimism, raise energy, and momentum: he creates movement. John enhances and disseminates knowledge created through collaborative and productive relationships locally, nationally and worldwide.

If you take the time to know John, you will find out it is time to start dreaming again, test new ideas, try new things and challenge the status quo. And even be wrong.

― A vision for open government  http://edgeryders.ppa.coe.int/bootcamp/mission_case/vision-open-government-worldwide-collaboration

―  Hacking for change ― Mapping our way to a global vision of positive change (January 29, 2012) http://edgeryders.ppa.coe.int/bootcamp/mission_case/mapping-our-way-global-vision-positive-change

The uncle from America

In Italy, a nation of migrants, every family had an “uncle from America”, some adventurous relative that at some point had moved to the New World and made his fortune there. They were talked about in mysterious, awestruck tones to the children, born after they had left: and would occasionally show up at the village with gifts and tales of a different life.

I think of John as Edgeryders’ uncle from America. Although not an European, he sees value in the European project; he has been supportive of Edgeryders attempt to start a natively international conversation about how young people are building their world (and ours); and he has gently but firmly steered it into being not only a continental, but a truly global project - using his considerable online traction and credibility to this end. John’s and his network’s footprint stare at me every day from the Google analytics: the USA is the fourth country by overall visits; Canada is the fifth. So…

Ha ha! ‘Uncle John’ will be delighted to be seen as a close member of the family!

He represents for me an unshakeable pillar, a solid anchor in the sea.

I am glad that Google analytics numbers are showing a strong interest in Edgeryders from North American countries. After all, we are all in the same boat. What happens here has an impact there. Also, alternatives solutions proposed by the Council of Europe could be repeated by other countries.

From my very small local and humble mound, I have a hard time seeing the bigger picture. Even when tweeting as much as possible, it is difficult to imagine and see the ramifications and real influence, to calculate the ROI. Canada No.5 top visits! Wow! I take this as good news, as we are a country of 34 278 400 people, For the vast expanse of our territory, we are practically unpopulated, compared to many European countries. There are definitely more trees than people around here… All the better if many of these people have their eyes on innovation.

Also, I was happy and proud to see a Quebecker as moderator of the roundatable (@monsieurgustave) between the Edgeryders participants and representatives of the Council of Europe. How curious! Sometimes, you have to go to Strasbourg to meet someone that puts you in contact with Trois-Rivières business owners…

When I read John’s story it just came to my mind this exact image… The uncle from America who comes back to the village and the whole community gathers around him to see the “exotic” presents and listen to exciting, strange stories of success!!

So, Thank you John for being our good, exciting Uncle from America and put all this effort for Edgeryders! I would be happy to meet you in person in June

That would be an honor

Thank you for the kind words, Luna, I hope to meet in person in the near future.

I think you’ve become so much of an Edgeryders figure and warm presence that I accidentally overlooked this, I’m sorry! Thank you for your always readiness to offer support, I can see why Lyne takes so much pride in having you as a role model.

Can’t wait to see what new exciting things our collaboration will bring!

I like it.  My wife’s family is Sicilian, with some also living in Milan.  I know about the Uncles they refer to and consider it an honor.

However, and with that said, Edgeryders is making it’s own name known through the effort of all of you, of this entire community.  Great work is taking place on a daily basis and people are noticing.

Continue to shine light on all that is right in the world, my friends, it matters.

I don’t know what to add to your cheers for John Moore.

He is a brilliant mind, it takes his action for egovernment and open government as a passionate.

He shares his entousiasm around us like someone sharing all his life with energy, faith and positive attitude.

I look forward to meeting you in person one day in the near future as well.

I thank you, and everyone, for their kind words.