Hello y’all here the update about the last two weeks of work on Playful Futures.

With these two weeks we basically are concluding the design phase of the prototypes and are picking one that will be our final one, we run 4 play-test in total, 2 for each of the two prototypes that we had and between me @vidityavoleti and @awhitney we were all orienting toward A Town by the Sea.

While Latest Edition was more direct in asking players to dig into the Witness world, in the last iteration was a little confusing because it was asking players both to defend and to criticize a Distrikt.
It was fun, and it was easy for play-tester to enter the world but it felt a little strict.

A Town by the Sea on the other hand was able to deliver a very personal experience to play-tester, with a good balance between character creation and relations with the Distrikts, we feel that between the two is the more promising and it was also the one that had better re-playability.

In the last play-test we added a lot of things that needs refinement, so before hosting other play-test we will work a little on that, but the structure of the game is 85% ready.

On the communication side I had a meeting with @marina and @LucijaKla where we decided some interesting things to do for that, you can read more here.

This week we will conclude the amazing collaboration with Ally and Vid and I’ll finalize the prototype so that we can start the conversation with @johanIrvingSolfoft and TANTlab.

Here some screenshot of the playtests of A Town by the Sea in which you can see the maps (the game is a map-making game) at the end of the play-test, with notes, landmarks and doodle on it. 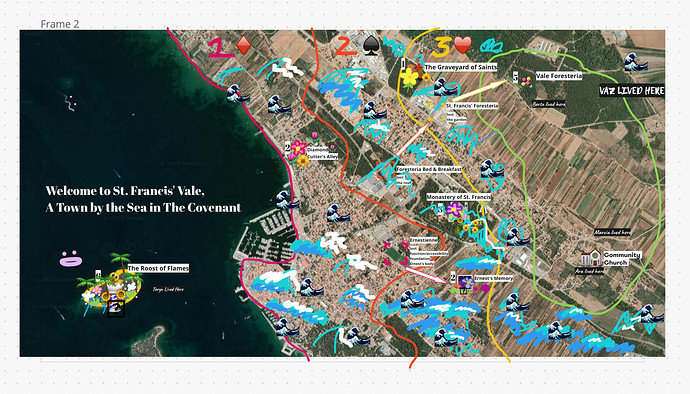 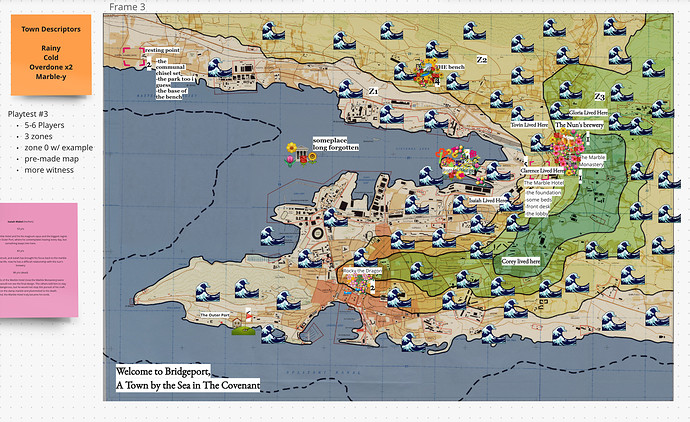 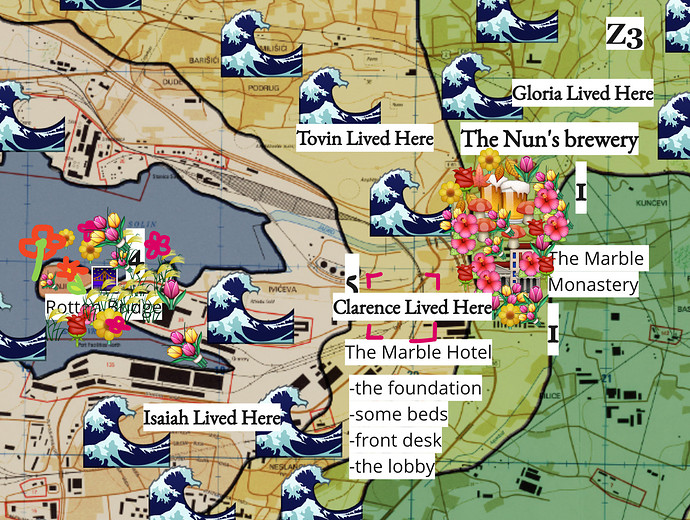 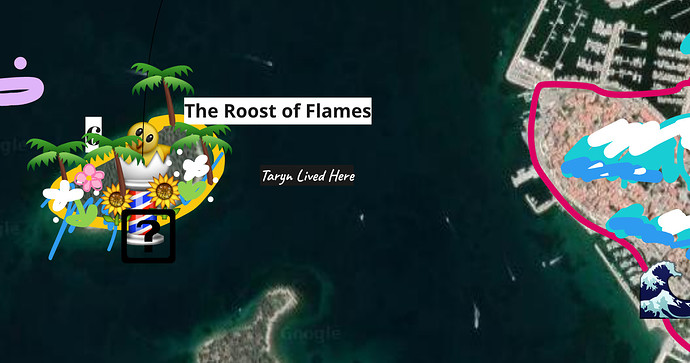 Oh this looks interesting. Haven’t been able to keep up, but would love to have a catch up call soon?