-The popularity of his Instagram account further highlighted the government’s inability to put together a comprehensive communication strategy which would ensure citizens’ awareness of what rules they should follow. 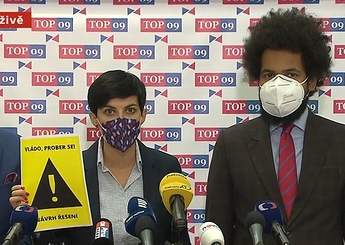 Looking forward to do the comparison.

Resonates with the discourses of ‘transitology’ scholarship, which compares the emerging postsocialist macrostructures of state and economy with ‘desired’ western models, accounting any shortcomings of the transition process to “socialist legacies” or “culture” (Burawoy and Verdery 1999).

-Studies have shown, that only 1/3 of people who are in risk will get tested (CR).

The lack of trust in the state and its institutions has been commonly observed across the CEE region.
-This also applies to a lack of interpersonal trust - according to a research by European Social Survey and ISSP, respondents from across postsocialist Europe experience a general lack of trust among citizens, stating that ‘the majority of people would try to trick you, if they got the chance.’
-This is then reflected in the institutional approach to social welfare politics - in Czech, as well as in other CEE countries, social welfare constitutes a lower % of the GDP, in comparison to western Europe. Recipients of state welfare are also subjected to more rigorous controls and checks (source).
-Moreover as Trlifajova, an anthropologist studying precarious labour in the CR argues, receiving state support is highly stigmatised. This revealed itself even more dramatically during the pandemic, as many people who suddenly became eligible for state support, did not receive it, either because they were ashamed to apply for it or because they struggled to navigate the extremely complicated and bureaucratic process.
-Explanations of this trend are several, but the historical experience of socialism has certainly played an important role:

As Hirt observes in her ethnographic work on postsocialist privatism, “Socialism did not obliterate the private; it obliterated the public – not as an institution, but as an ideal” (2012: 22).

The discourse of nemakačenko - ‘lazy workers’ and ‘welfare abuser’ is extremely pervasive in the Czech context, and is part of the dominant neoliberal ideology, which has been strongly cultivated since the era of privatisation in the 90s.
-However, as the latest sociological research Život během pandemie reveals, people have been in fact attending work, even when they should have stayed at home. The study found that:

Over 50% kept attending their workplace, while suffering from mixed covid symptoms.

Over 80% kept attending their workplace, after being exposed to someone who tested positive.

-This is clearly an outcome of the government’s failure to provide a sufficient financial compensation for those staying at home while ill.
-And one of the explanations for government’s unwillingness to increase the compensation is that
the people would ‘abuse it’ and stop going to work.

Perspective of a recently recruited nurse, working at the covid intensive unit in a town, 60km away from Prague.

A perspective of a roma gypsy male from Czech, who moved to a German town (in East Germnay).

1st of March, Czech – the government restrictions tightened as a result of an alarmingly worsening situation in the hospitals. Since then, people across the web have been sharing series of videos (from across the country), capturing a disproportionately violent police interventions, targeting citizens not wearing or refusing to wear a mask. This has angered large section of the web users and have been circulated widely by several anti-lockdown/anti-gov. groups.


One of the widely circulated videos, showing a man in Uherské Hradiště, being thrown on the floor by police for refusing to wear a mask. The whole scene is witnessed by his crying son. Source: https://www.facebook.com/thomasgeorg.poehlmann/videos/3961628607232500/?t=5

This supports the point I mentioned elsewhere, regarding the hostile nature of the Czech social welfare system and welfare politics in general.

I got a contact for L. through another person. I was interested to interview her because she lives in the Chebsko region, which was for several months, the worst covid-affected region in Czechia. Its close proximity to the border with Germany provoked a series of debates on cross-border (in)solidarity, which I described in more detail here.

Perspective of a regional manager working for an international firm, who lives in a smaller Czech town. Has been working from home since the beginning of 2020.

The first phase of my ethnographic fieldwork consisted primarily of in-depth and semi-structured interviews, focused on the socioeconomic impacts of the covid crisis in the spheres of labour and care. I aimed at getting a snapshot into the nature and diversity of the lived circumstances and experiences of the pandemic and its effects. Developing from these insights, I set out to capture the participants’ changing political attitudes, beliefs and behaviours and establish a broader connection between the covid crisis and the new emerging forms of populist politics. My participants have been sampled through a snowballing method, which targeted primarily non-city dwelling and non-university educated demographics.

The covid crisis has deeply impacted all spheres of life. Alongside the material changes at work and household levels, participants commonly expressed its negative psychological effects→ feelings of isolation, anxiety and hopelessness, digitalisation of all their social interactions, loss of their futures and opportunities (particularly among the younger generation). 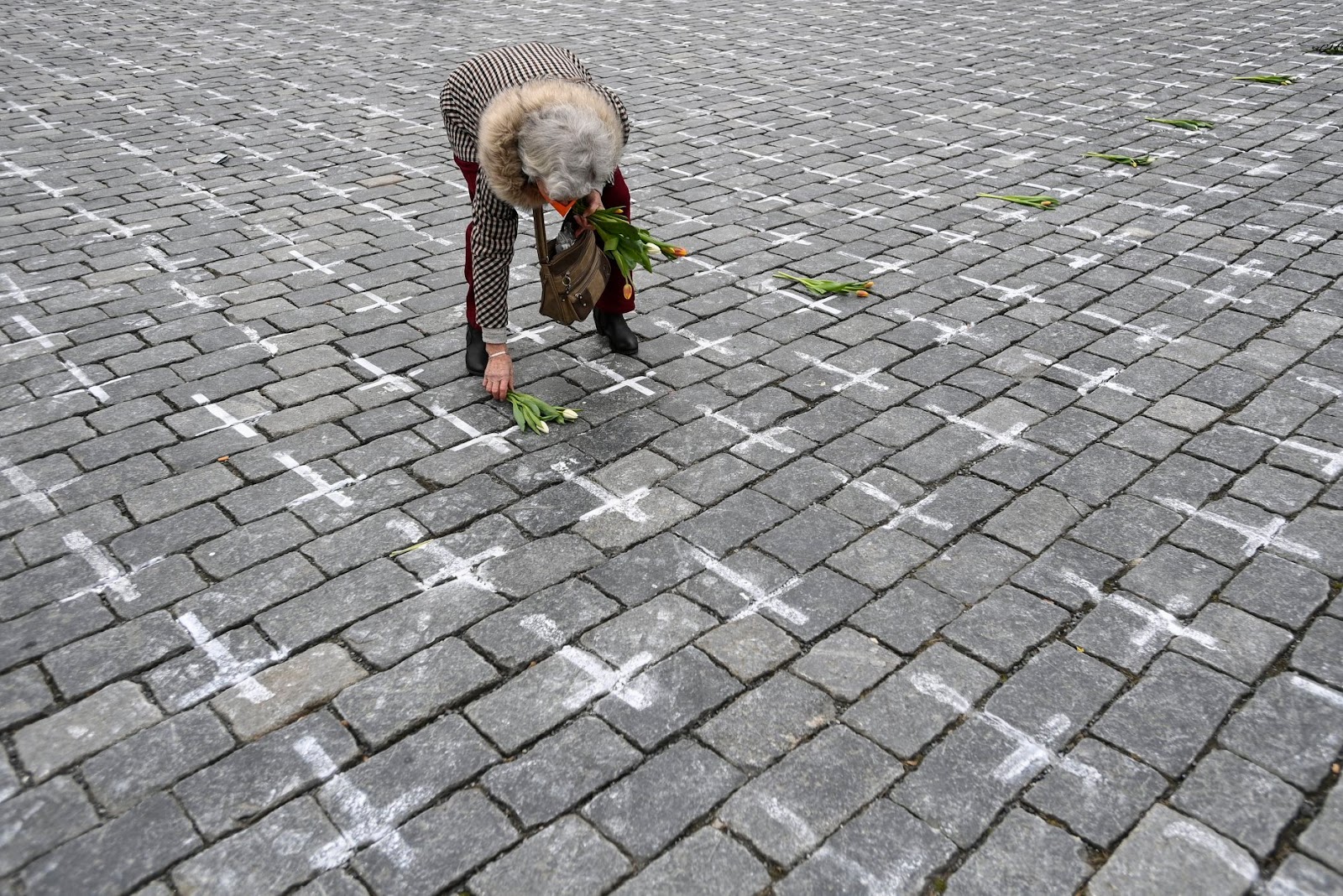 In the second phase of my fieldwork, I intend to focus explicitly on online spaces where, to put it more broadly, Czech netizens express their views re: the covid crisis and its political handling. While during the first phase of my fieldwork, I approached the research questions via the problematic of covid and its socioeconomic impacts, I now intend to shift the focus on their political expressions in the online spaces. In doing so, I will use the outcomes of my initial research to better contextualise the multiple interactions/discussions taking place on the web.

1. COVID and state responses to it, focus on the spheres of labour and care.

2. Upcoming elections in the Czech Republic.

3. The changing features of populism in Czech / Czech populism

For the sake of a methodologically strong comparison with the Polish and German contexts, I decided to shift my research area to solely Czech online spaces. I will focus on topics which are trending re: the above outlined research themes, and follow their threads and discussions taking place on a diverse range of online spaces. I aim to engage with participants broadly defined as:

-choosing two or three groups to get embedded in

-entering into discussions with participants.

Hei @jitka.kralova, thanks for publishing documentation, I enjoy reading it from time to time,
I’m sure you’ve thought about this: but is there a way to gauge, during your online chats, who is a paid party supporter/ writer/ troll on the forums, and who is a person with real views of their own not writing based on a script?

You have a very good point! So far, I haven’t had any suspicions, since the conversations often take place over an extended period and go into quite a lot of depth and detail. I am thinking, that if I were to talk to a ‘troll’ I would probably be able to work it out based on the nature of our conversation, but maybe not. @Maniamana are there is there any general advice on this re: digital ethnography?

Also FYI, we started moving majority of our stuff to the new protected categories https://edgeryders.eu/c/wellbeing/v-cesku-protected/392, due to the changes in the coding practice and the new UCL ethics.

The only advice is that you have to rely on your institution, the same you would offline - there is no way to verify whether your responder in a survey or an interviewee is being honest with you. And the same goes for online conversations/meeting people online. The chance is very very small to be fooled, especially if one is experienced in ethnography. Being in touch long-term is a way to build trust that goes both ways. Plus, online, you can see how someone is in the online public sphere, whether in discussions in a FB open group or seeing their IG profile, it public, and if someone has a fake profile it is pretty obvious (f.e. Twitter bots/trolls have impersonal accounts and a high number of tweets, plus sometimes are spikes in activity mixed with long periods of posting absolutely nothing).
Generally, not considered an issue in digital social science, both qual, and quant.

The chance is very very small to be fooled, especially if one is experienced in ethnography. Being in touch long-term is a way to build trust that goes both ways. Plus, online, you can see how someone is in the online public sphere, whether in discussions in a FB open group or seeing their IG profile, it public, and if someone has a fake profile it is pretty obvious (f.e. Twitter bots/trolls have impersonal accounts and a high number of tweets, plus sometimes are spikes in activity mixed with long periods of posting absolutely nothing).

Thanks for clarifying Mania, and also @jitka.kralova’s mention of repeated interactions and going in depth really makes sense. It is surely interesting to watch you guys at work… and looking forward to read the analyses and reports,
Let me know if I can help with anything!