Projects in 2019: Software for participatory organisations

In 2019, we will run a project to develop open source software tools and methods for participatory and decentralised organisations. Our focus will especially be on organisations and projects related to arts and culture. This project is funded by the Swedish Arts Grants Committee fund Kulturbryggan and marks the first year of development for the Edgeryders Particip.io development lab.

Existing projects that will be part of Particip.io

Some ongoing projects will be included in Particip.io and the goal is to develop these to a state where they can be readily deployed with ease. Dreams, a platform to plan and distribute funds to projects at co-created events, will be developed to a state where it will be possible to use it for events without having access to a developer for setup and maintenance, and hosted as a service. It’s currently at a reasonably mature stage of development and has been used in production at multiple events over the last few years. Much of the development has been done by @Forestblessing , who is a founding partner of the Particip.io project who will also work on Dreams and coordinate development with the existing community tied to that platform. Realities, a platform to manage and visualise needs and responsibilities in a decentralised organisation, will be developed to state where it can be deployed in production for the Borderland, a participatory event and collaborative community in Scandinavia. Two developers who have worked on Realities before will join the Particip.io project – Erik Frisk and @lowlandjuju

Many tools exist that could fit into the frame, and other tools that have not traditionally been used for organisations in culture and arts could be used in new ways. One example is to see how the Edgeryders SSNA software could be used in a creative process or as a dynamic project management tool for very open ended projects. Other software that can be explored are projects like Autopo, Loomio and Discourse.

In addition to working on existing projects, the Particip.io community will dream up, prototype and perhaps develop and deploy other platforms and tools for participatory art and culture. Our primary goal with these explorations is to push the boundaries of how we collaborate and dream together, and a secondary goal is to bring ideas to life that could spinn off into projects that could secure additional funding for the Particip.io community. @nadia will be involved in this part of the project, focusing on exploring what directions it could take.

Once we’re up and running, and have a community of people with experience and intelligence about what exists and how it can be implemented, organisations can post in this workspace to get in touch with people who could help them implement these solutions for their projects.

A deliverable for the funders is that we need to present the results on a website, which will outline our findings and direct people to the workspace to learn more.

How to get involved

Work on Particip.io will be done in four different forms:

You are more than welcome to contribute to the codebase and start working on an issue whenever you want to. You’ll be joining the Particip.io community, and developers who make consistent contributions may be invited to join for a hackathon or a focused development week or allotted paid hours to do more focused long term work.

A total of three hackathons will be held in 2019. These will be 4 days long, with 8-12 participants. Travel, food and accommodation will be paid for by the project. Each of these hackathons will focus on exploring and prototyping solutions to specific problems collected from participants on the ER platform. Participants in the hackathons are developers, designers, artists and visionaries. Hackathon participants do not need to be professionals, and it’s preferable to have a mix of people from different background. One hackathon will be hosted by Matt Parsons outside of Malmö, another will be held at Tivedstorp outside of Laxå and the location of the third hackathon is yet to be decided.

Much of the hands on development of the projects will happen during focused work weeks, where 2-4 developers and designers meet somewhere to design and code functional prototypes or new releases of some Particip.io project. Travel and accommodation is provided by the project, and each participant is also payed 1000 EUR for the week. In 2019, we will host at least 5 of these development weeks in locations decided on by the participants. Participants in these development weeks should be skilled developers or designers.

In cases where clear specifications and deliverables have already been decided upon for a project, work can be done in team sprints, where 2-4 developers work together remotely for a few weeks while working on the project for some of their available time. These are different from focused development weeks in that they happen remotely and can be mixed with other work. Payment model can vary based on scope, but a rule of thumb is that the scope and pay is similar to a sprint week on site, but done over a month. Participants should be skilled developers or designer with experience of the code base being worked on.

We have a total of 240 hours of freelance developer hours available. These hours will only be used by developers have participated in active development, have already contributed quality controlled additions to the code base of a project and want to spend freelance time on developing features or fixing bugs and issues.

When does work start?

We start gearing up in October, and most of the work will be done in 2019. However, one project is already rolling, which is to get the Realities project to a place where it’s understandable and stable enough to be able to bring a new community of developers in to work on the project. Erik Frisk, who has worked on that project before, has been given two initial weeks of remote work to do this.

That’s intresting to take part in this project

That’s intresting to take part in this project

Great to hear that you’re interested! What are you interested in working on? It’s easier for us to tag you and rope you in if I know what you like doing and what experience you have.

I’m intrested in participating in one of the three hackathons since I’m studying Computer Science, more precisely web, mobile and software development. So I’m not a professional developer, but I’ve worked on it well during my free time, and I’m a member of a technology club where we practice and learn from each other.

Hi @hugi We had not been introduced yet. I am Anu and I have been involved in platform development of edgeryders as moderator for a year now with guidance of @matthias

Is there anyway I can be involved in freelancing.

Hey Anu! Ok so let me know, what sort of things do you like and what do you have experience with? Are you thinking about joining the project as a coder?
Also, hi! We should talk properly at some point.

Yes I am willing to join project as coder and developing features. From edgeryders over a year, I learnt many things related to platform development but I have diverse experience which I would be happy to share you in brief

@hugi I really liked the idea for the Dreams project from our discussion back in June and it would be great to contribute to these projects in terms of front end design and UX if you don’t already have someone working on this… working on the presentation with a front facing page in some similar manner to OpenVillage or the Academy site would also be nice.

I’ve just finished a prototype of a dashboard for a group of refugee organisations here in Greece, and have some additional experience with data presentation and graph visualisations using graph.js if you’re looking for that too.

Let me know your thoughts, and I will check out the repo and see what contributions I can make in the short term.

Great job @hugi. Looking forward to this! I can commit to a full weekend anytime in November. Ideally I’d like to be part of the Paid freelance development, but that depends entirely on what else I have going on at the time.

Great, I’m sure that there will be work to be done on this. We’ll probably start development on Dreams in in December or January. I’ll definitely include you then! Keep an eye on this space, and you’re free to start looking into the code and start thinking about design improvements.

working on the presentation with a front facing page in some similar manner to OpenVillage or the Academy site would also be nice.

Absolutely, this will absolutely be needed and is probably also in happening early 2019.

Hi @hugi, I’ve seen the description of the hackathon here. I’m not sure I’ll be able to travel during that period (it may overlap with another travel I’ll have) but I’m wondering if it is possible to collaborate with you remotely or it will not be efficient? I’ve not done any contribution to the project yet so I’ll need some time to dive in.

Remote participation during the Hackathon for those who’ve not already contributed, will probably not be very efficient. But there will be other opportunities for hackathons in the future.

This looks very interesting! Looking forward to interact and collaborate.

4 posts were split to a new topic: Grand visions: Uniform platforms or echosystems?

Hi, I’m a full time web developer, mostly backend orientated and on the .net stack, but also have experience with java and some JavaScript frameworks. I would like to get my fingers dirty with an open source side project and yours sounds very interesting. I would like to contribute where I can, be it active development, consulting, software design, etc.

Hi! I think this sounds very interesting, and I’d be happy to contribute. I work mostly on programming systems things, and it would be good for me to get to work on web. Is there an IRC channel or part of the forum where I can ask questions?

Is there an IRC channel or part of the forum where I can ask questions?

Since you’re likely to ask the same questions as other people, you’re free and encouraged to simply create a new thread and ask away. Once the forum gets cluttered, I will simply reorganize it into a few subcategories.

I’ve also created a channel on Matrix for more chatty stuff, but the platform is preferred as questions can be referenced. Our Matrix channel is currently completely empty, but I’ll answer if you ask there too. Find it on #participio:matrix.org

Looks like this Guardian columnist wants Particip.io and doesn’t know it yet. 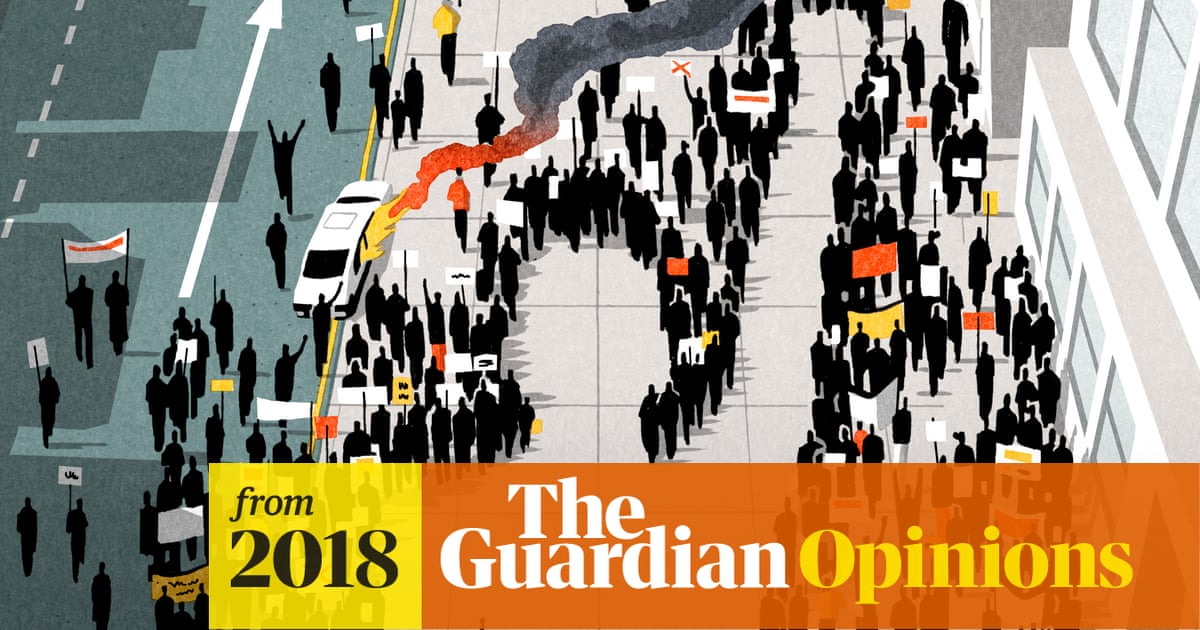 How to create a leaderless revolution and win lasting political change |...

In an age of insurgency, legitimacy is crucial to harnessing the energy of protest, says author Carne Ross