Towards radical green communal living in Brussels. Reflections from the Reef 2nd workshop

Key insight: We need to have communities where people are willing to learn together, not be all the same. 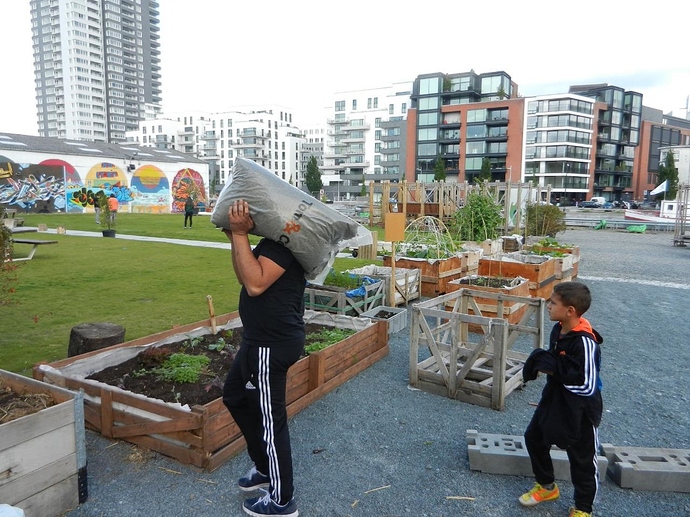 The discussion goes towards green living as a core value to implement in the Reef social lifestyle and building reconversion.

‘Do you think of yourself as someone who lives green?’, ‘Do you consider yourself to be a practical worker more than a brain worker?’, ‘Are you involved in growing plants or gardening?’

We asked such questions in the social introductions and most participants were fairly conservative in asserting themselves as ‘living green’, and most think of themselves as brain workers|. However, at least half responded that they grow plants or do a little gardening. This only goes to say that work around the household falls usually under hobbies, and that in the city people like to have a little green corner on the balcony, or improvised terrace.

Group work where everyone is a designer: We departed from individual experiences, but very quickly discussions arrived at the ‘HOW’: how those in The Reef would live together, how would trust be built, and which values, principles and processes could support healthy behaviors at the collective level.

The consensus was, like in the first workshop, that you need minimal principles on which people would agree from the start. We decided not to call them rules, because not abiding by rules involves punishment, which goes against the idea of acceptance of the other. But we need principles because ‘if you don’t set the base, you can’t change things’, said Ilaria.

Living green is not about the technology as much as one would think. @matthias pointed out that you can have

the best tech and people could still waste energy or viceversa: you can save 80% energy through behavior, even if you don’t have the green building. 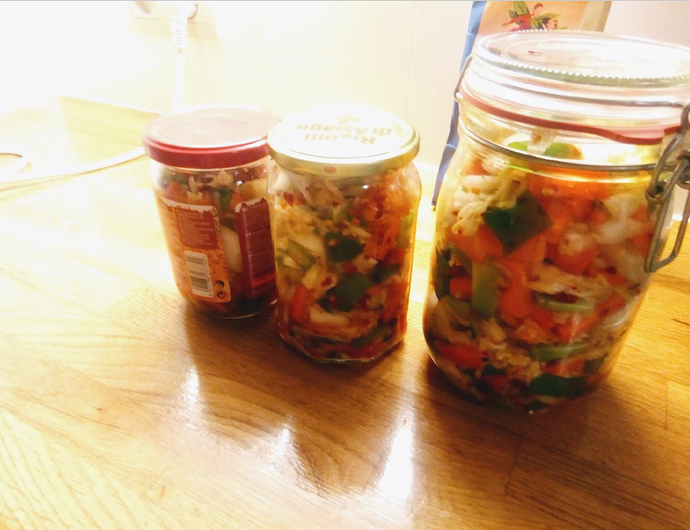 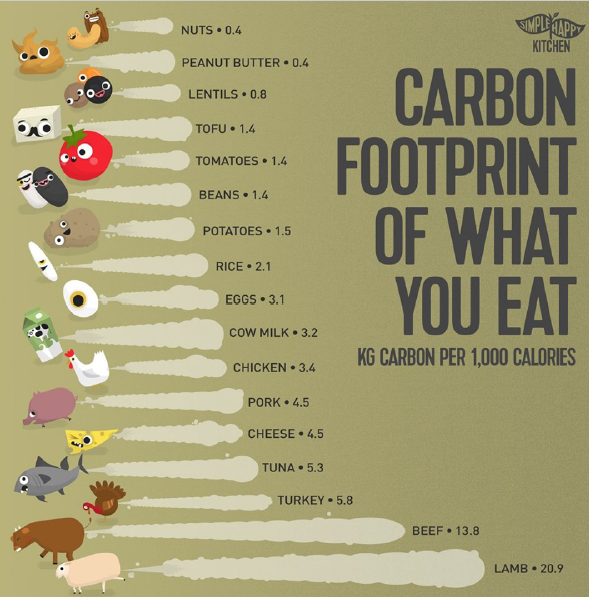 Living green as a social experiment

The idea of The Reef would be that it would be a fluid space for experimentation, where you can make mistakes and learn from them (anyone’s mistakes!).

The Reef already exists in its first small version since 3 years ago: social interactions, housing, zero waste habits…all the seeds are already here in Brussels and led by the Edgeryders community 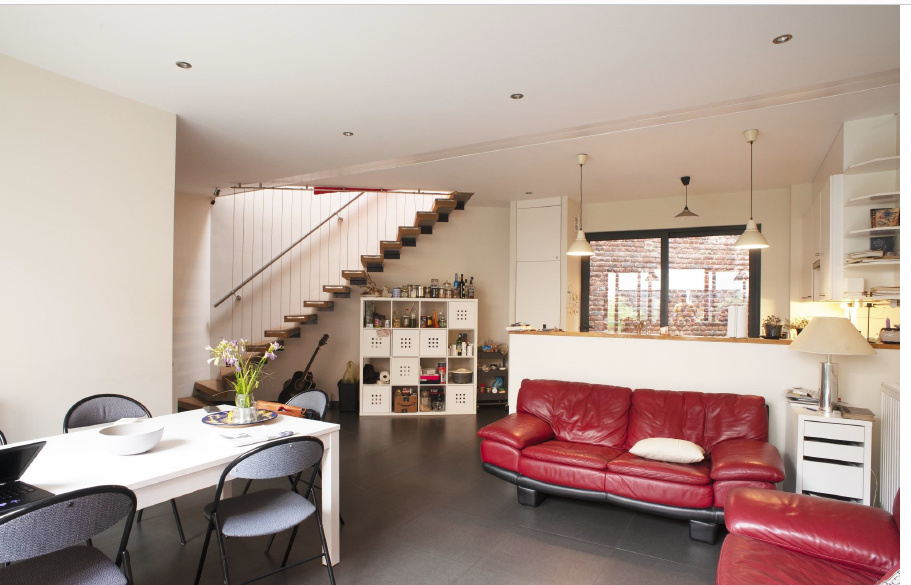 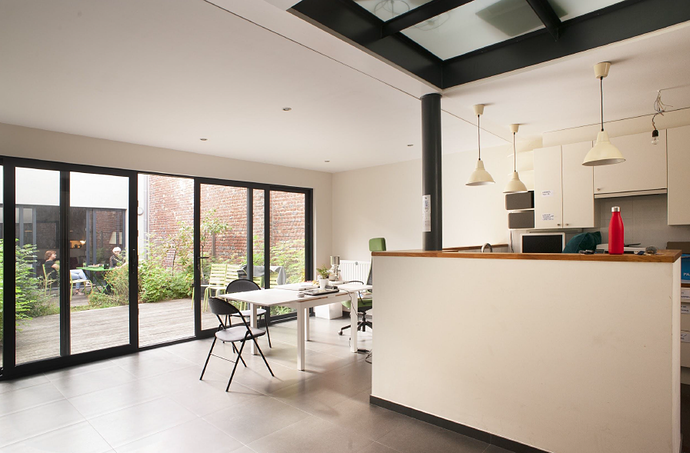 The bigger Reef which we are co-designing would be:

A place for sustainable relationships (Gilles)
A place for learning
A place where transmission of knowledge happens, and a place that builds legacy (@BaobabUrbain / Isabelle, strongly endorsed by @Ugne)

Each commitment needs values to implement collectively on a daily basis. Values that are important to begin with, as emphasized by the group:

How can we make buildings more sustainable? Reflections on the “Autonomous house”

Special Thanks to @matthias @malcolm @ilaria and Vincent <3
This was a hard topic to dive into. Framing the technical aspect of living green. The discussion was related to building materials, household appliances, the inhabitants’ “behavior of living” etc…

Malcolm shared views Influenced by Brent and Robert Vale’s book “The Autonomous House”, an influential book in the 1970s. They approached a house as an input / output device. An “earthbound spacecraft” that should be self-sufficient. They thought about the flows going in and out: air, water, sewage etc… And then how to minimize the flows.

The capital consumption (embodied energy etc.) to build a perfect building has to be considered when thinking if a building is ecological or not. (Comment by Ilaria: That’s the basic idea of circular economy.)

Insulation: Usually you’d first insulate, then heat (as much as still needed). But there are challenges: Adding wall insulation on the outside of existing buildings is a problem. Because it may inhibit windows from working. And if you add insulation on the inside, the thermal mass of the building is of not much use for keeping the room temperature constant.

The Reef as a vehicle for social inclusion and ecological relationships 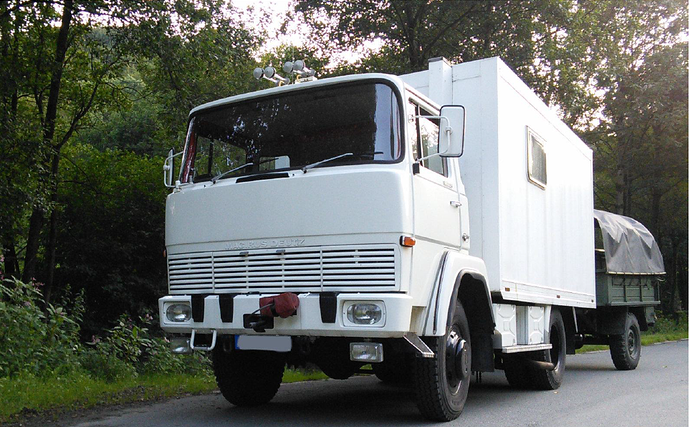 Caring for the environment (the culture) is a closed, bourgeois club these days. It costs energy to choose ecological behavior. It has to open up. Changing behavior only happens when you see the value.

Not everyone has the passion for the environment. People need to see the value for their own lives to engage in ecological behavior.
Not to mention: with open source tech, ecology becomes affordable and accessible to anyone.

It happens that ecological shift might be refrained by cultural ties such as is rural Italy areas where wood burning is a common way of heating while remaining one of the most polluting. Advocacy was done to call for a change at first in public policy regarding heating system and then in household behaviours.

Vincent also pointed out how necessary it is to define to what degree or extremeness you want to be ecological with your building.

It’s easy to be extreme, in a way. But when it means that the comfort level drops too low, you have to warn people before they join, or visit.

Behavior setting theory is a nice framework for effecting behavior change by incentives in the physical environment. @matthias underlined that it could be well integrated into green buildings, as it deals with the connection between behavior and things that we found to be important for low-resource-use living.

This 2nd workshop was a momentum on seizing collectively the green approach we’d like to implement in the Reef. Thank you all for your various, savvy and complementary insights <3 <3

What next? Coming to the CoDesign Sprint on 28 November?

Proposal: we assume that The Reef will happen in 2-3 years, and we put ourselves in the shoes of to-be inhabitants. We will ask practically: How do we design our living together life? What are the issues most important for you to clear out with others?

Metrolab Brussels (MLB) is a trans-disciplinary and inter-university laboratory for applied and critical urban research, funded by the Brussels Capital Region through its ERDF program (2014-2020).

This activity is supported by

My takeaway point is:

To what degree of extremeness do you want to be ecological? You can have a green building and bad behaviors. Or you can save 80% energy just by having healthy behaviors and less tech, like Matt said.
One thing we’re learning is that the transition to more sustainable lifestyles needs to be a shared commitment. Our RELATIONSHIPS need to be ecological. Each person is unique and their readiness levels are different, but the commitment to go forward is what’s important, to learn from each other and from mistakes. 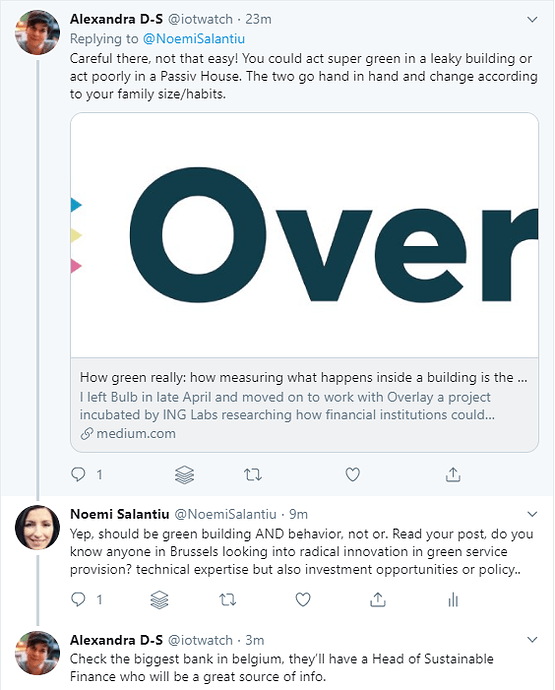 Great that you’re having this conversation early, because your preferences about sustainability can make a big impact on the amount of investment required for the building, and the behaviours encouraged (and tolerated) in your community. Important stuff!