We all play into the dynamics of a broken world. We can and should fix this 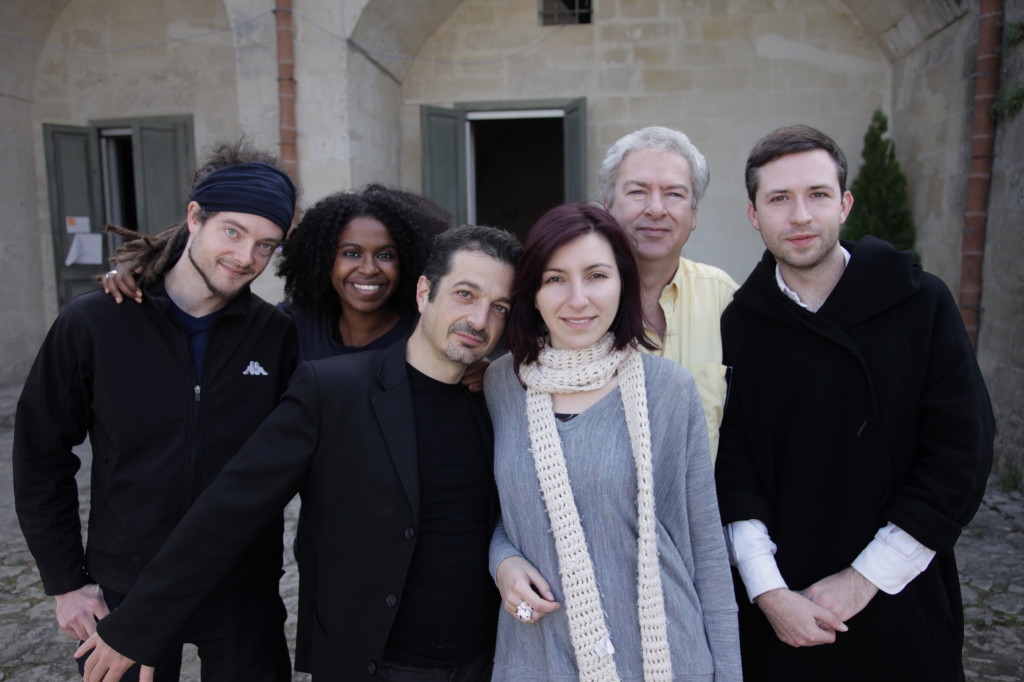 Two years ago I was working in advertising in Sweden as well as in the US, Italy, Germany, The Netherlands etc. A cushy position I skidded into after having set up a PR agency for my university degree. It was very well paid and I had an unusual amount of professional freedom for someone so young. One day I just decided I was not going to do this work anymore. So I quit. Both the job and the sector as it turns out. At the time I didn’t understand it…nor could I explain to friends and family. What had happened?

Looking back from where we are now, you and I interacting through Edgeryders, engulfed in the one social-ecological, economic and political crisis after the other… it’s clear what happened. I just realised my work was elsewhere.

I had started asking myself and others how it is that our global society seems unable to tackle them when there are so many good people working so hard to improve things for their communities and themselves. Why are people like James, Grace Christina and Peter and many others having to struggle so hard to just keep their initiatives afloat even though they are making valuable contributions towards tackling serious problems? And why is it, as Hazem points out, that so many of us end up replicating rather than pooling our efforts and limited resources around shared initiatives?

At first I thought it made sense to try to go head to head with the problem. That it was the fault of people with resources just refusing to play nice. They were lazy or stupid or just plain evil. Maybe even all three?

As I discovered while working at the Council of Europe and through interactions with peers in large NGOs, development organisations, funding bodies, government administrations, municipalities etc It’s not that simple. People aware of the problems and trying to do something about them are themselves fighting enormous inertia within the organisations that employ them. Organisational boundaries, rules that do a good job of stopping people from doing the work they were hired to do, competition for resources, branding, ego. As my friend Nathaniel James points out, the situation for people trying to affect change within philanthropy isn’t much better.

Everybody says they want innovation but this is clearly not true.

Everyone knows you need collaboration. Why isn’t it happening?

I don’t know. And at some point I realised it is the sum of many small decisions and obstacles that together create the status quo. If you try to take on wicked problems top down, you’re bound to fail.

So why not just start small?

A safe space where we meet, as individuals and just support one another. We share our experiences, identify obstacles and come up with creative ways to work around them. Everyone willing to step in and try to contribute is made to feel welcome and connected with others they could learn from or work together with. And the sum of our experiences, knowledge and social interactions on the platform is collected analysed and boiled down to evidence to support decision makers who are accountable by a set of standards that do not allow them to just go for something when they can see it works. They need evidence legible by insitutions in order to make credible arguments. It’s such a simple idea. Small and cheap infrastructure for p2p collaboration on a massive scale.

I was hired together with Alberto and later Noemi to build a research project for the Council of Europe. We prototyped a new methodology based on an open platform where citizens are treated as experts and where anyone can participate in shaping policy based on lived experience. The project was successfull in the sense that matters the most to me. People were having honest conversations and thinking together about how to move forward based on our experiences. New ideas popped up, they were acted upon. People started building hugely ambitious projects like the unMonastery with very little resources at our disposal. We were actually collaborating. Across countries, age differences, different backgrounds. Outside, inside and around all kinds of organisations and projects.

So of course we couldn’t let this go when the research project ended. I asked Matthias, Arthur, Alberto and Noemi if they would consider setting up a social enterprise with me. Or maybe someone else asked. I cannot remember. It just happened.

I quit my job, and for a year we just worked like mad with no money to get a new platform off the ground and build some kind of revenue model to keep Edgeryders free and independent. And to start generating paid work for members of this community so that we are contributing to one another’s ability to continue doing the work that matters to us. There are so many people without whom we just wouldn’t be here. Who have contributed vital pieces of what we are building together. Ben, Vinay, Dorotea, Auli, Rita…it’s a long list.

It has been very hard, we, I have made many mistakes. With people, with my time, its a long list. Half the time I feel I don’t know what Im doing or that someone else could probably do this much better than me. And yes I worry about whether we are generating enough value for the community and the world.

Yes it is really hard. And I often want to throw my machine out the window or just give up. But I am not going to. Because I can see we are getting stronger, and more capable and more diverse by the day. That there is value in building the home you use even though it is a lot of work and frustrating knowing that you are up against the commercial cloud. It’s slow, and frustrating and really beautiful.

I have made up my mind. I am in this for the long haul, and hope you will consider joining me on this journey.

Inspiring stuff Nadia, thanks for sharing!  I very much subscribe to the idea of experimenting with lots of approaches to a problem - creating trojan mice - monitoring for results and scaling what works.  But the last part of this reassuringly neat equation has troubled me recently.  Anna Davies and Julie Simon capture an element of this challenge effectively in their recent paper on the growth of social innovation - that we sometimes neglect the inherently political nature of much social innovation.  Small and niche is digestible; big is disruptive and difficult.  So what to do?  I don’t know, but I am reading around systems thinking at the moment for insights.  I think I have much to learn from you and other edgeryders as well.  Any thoughts on helping trojan mice to become trojan horses?

This passage stood out:

“It is therefor hardly surprising that the rise in social innovation seems to coincide with both a drop of membership and participation in structured political processes and organisations as well as a rise in protest movements. They are the citizenry’s response to deep structural and ideological ruptures between how political institutions and new generations envision change.  The more institutions are receptive to this, the better for everyone. Because it builds in activists a story of “we can do this together”. And government can channel intellectual support in solving hard problems. If, however, institutions fail to read these changes or resist them, is is unlikely young people will simply go back to using traditional participation channels. It is much more likely that they will defect to hacking society directly or just exit. In order to facilitate the work of shaping the collective future in a more sustainable direction, bottom up, we have to build our own support systems, as the existing power structures are failing to generate credible responses to the trio of crises threatening our future. The reason being that we can’t really use the ones that are there.”

Thank you for your comments @Lurglomond. I have been thinking about this in bits and pieces, as have other community members both here and offplatform. I also need to think about what it is prudent to state as facts, and what other things are more evidence backed intuitions. And where this distinction doesn’t really matter. Give me a few hours to let my thoughts wander then settle, or perhaps I’ll just post the fragments here and we can try to see what they make together.

I agree, we need new infrastructures… but we also need to access the resources of the old order.  How to connect the two?  Through a crisis? - “the politics of global carbon reduction is stuck, it will require a major climate shock in rich countries to unblock it”.  As you rightly point out, we are in a trio of crisis threatenening our future - are we missing opportunities to reshape the system?

A passage from a blog I read recently stands out… although a little abstract, I think there is something in this:

“Individual social innovators are making enormous strides in building valuable innovations that generate meaningful social change. However, in order for those individual initiatives to scale up to achieve deep, broad and durable impact, we need to shift gears to collaborate with others operating in the related system. In most cases individual social innovators begin their changemaker careers focused on specific symptoms of systemic malaise. As they engage their system, they deepen their knowledge of it and often shift, as Pathways to Education’s David Hughes would say, from an-organizationally-centred strategy of ameliorating symptoms to an issue-centred strategy of altering systems.”