On 20th June, we organized Writers’ Workshop: Narratives of the Quake 2015 because we wanted to provide a space for writers/bloggers to pen down their thoughts regarding the earthquake. This space would not only be a physical one, but a space where they could learn (through sessions), share (through group activities and feedback), write (in their own little corners or in groups and share it on the platform), eat (some really tasty food by Sharmila didi), and have fun (watch documentaries, get a journalism kit to play around with, and meet some like-minded people). 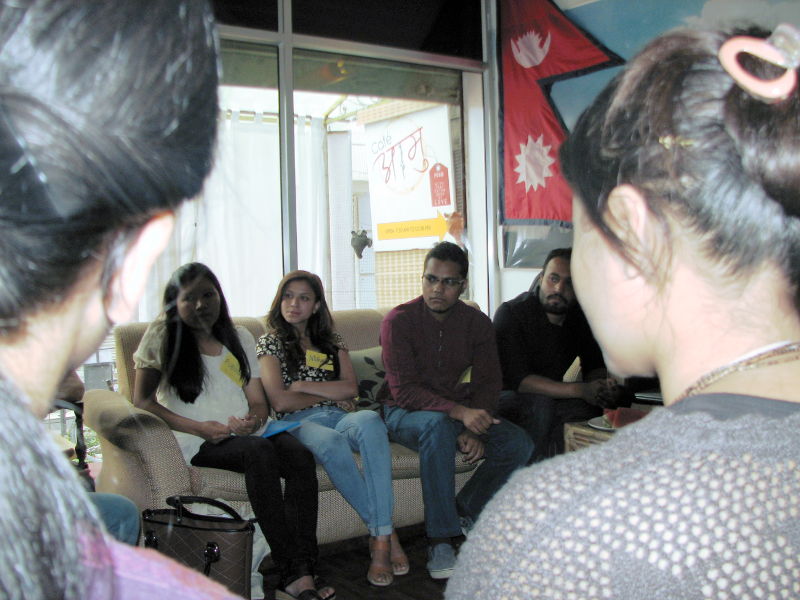 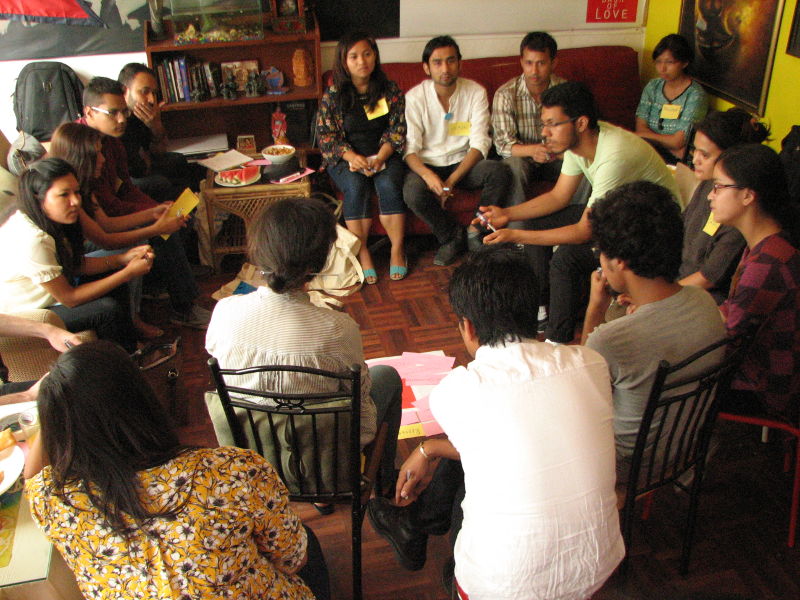 I think I was really nervous if people would find the format of the workshop useful and productive. That was my first concern. When participants started to pour in, and I saw a lot of “young” people it was really exciting to see that so many people are interested in writing and in building this community. I will put down my thoughts into the positives and then some negatives:

Now on to some workable negatives:

Overall I think we were able to “meet the goals” and more. We are already starting to get posts on the platform and people are asking what is in the future for Future Makers Nepal 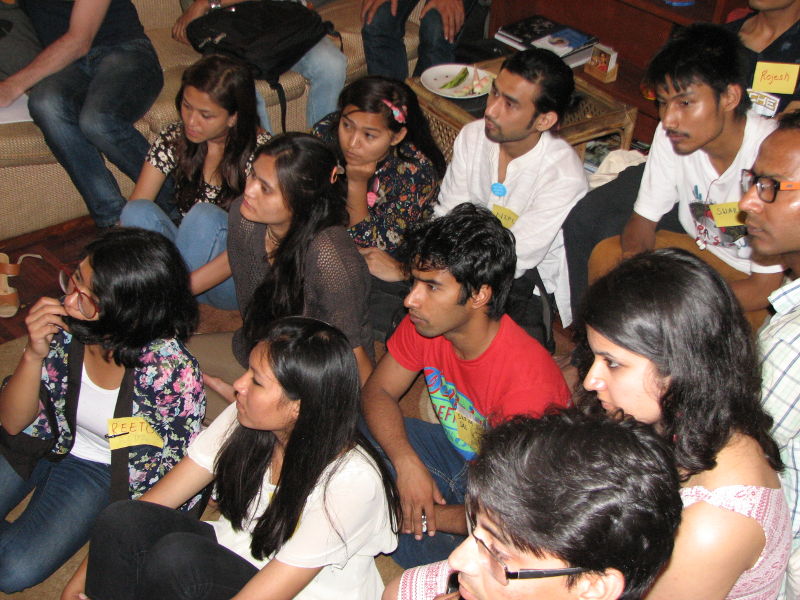 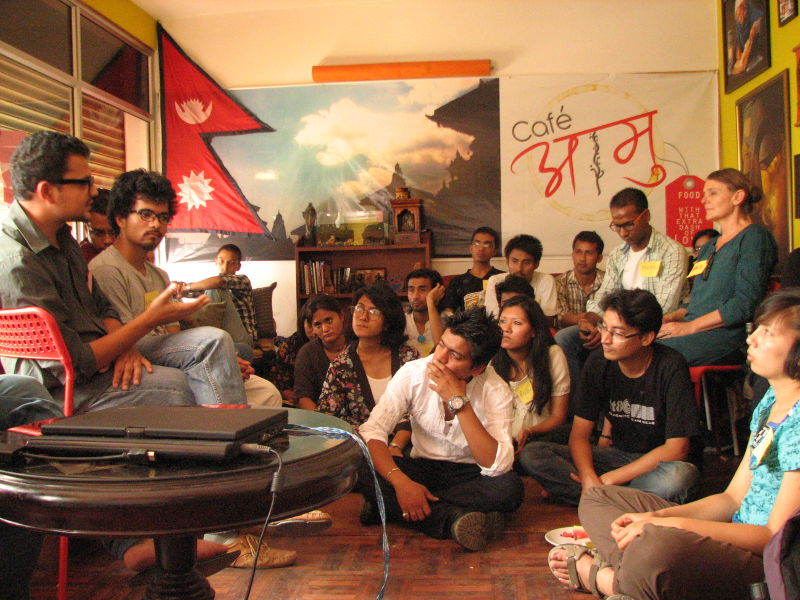 I will not repeat Dipti – I agree with her points and will just add others:

Overall: I think writers’ workshops have the potential to become a regular thing in Kathmandu, strengthening blogging culture and citizen journalism here. They are basically a form of P2P support with well-aligned incentives, so with some organizational streamlining I think they are efficient and cheap for organizing them on a regular basis. Some ideas for future topics that come to mind: 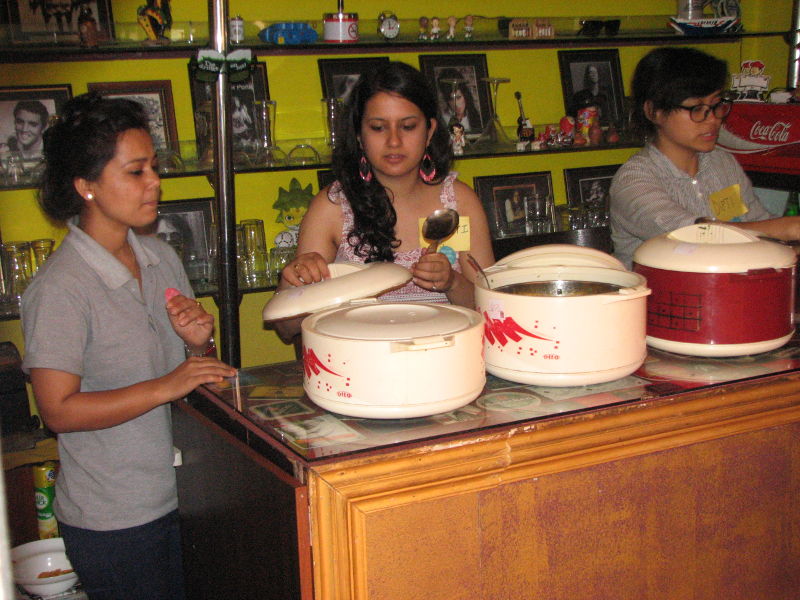 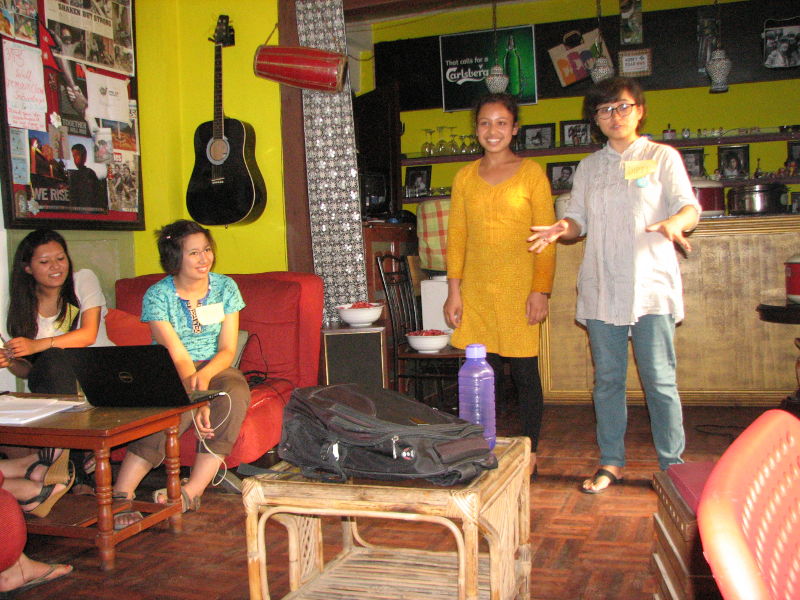 Not much left to add. I do agree a smaller group would be good - but at the same time I think we did the right thing to bring all these people at once, as they had a chance to meet. The following events could be based on smaller groups with which we could actually sit and discuss things, and do some writing with them ourselves. Participants can spread the word, and bring new folks around.

I like the running around and doing things – but it would be great if we had a space where cooking and preparing, would happen in a more symbiotic way, and people could easily just shift from one place to another. The setting of Aamu wasn’t exactly good for it, the kitchen had a limited capacity and access to it. But anyway, Sharmila didn’t seem to need a lot of help

My session was partly ruined by the internet connection, but at the same time it was a great lesson on how to interact with Nepali people. I was so surprised by how it went. At first, I gave instructions and started the novel with the first sentence. Then cracked a few jokes and encouraged them to continue. And I would expect participants to engage in a conversation while waiting for the page to refresh, but they were rather silent. And I was expecting that nothing will happen – but the story was being silently crafted by them. It’s a different dynamic, but it went very well. 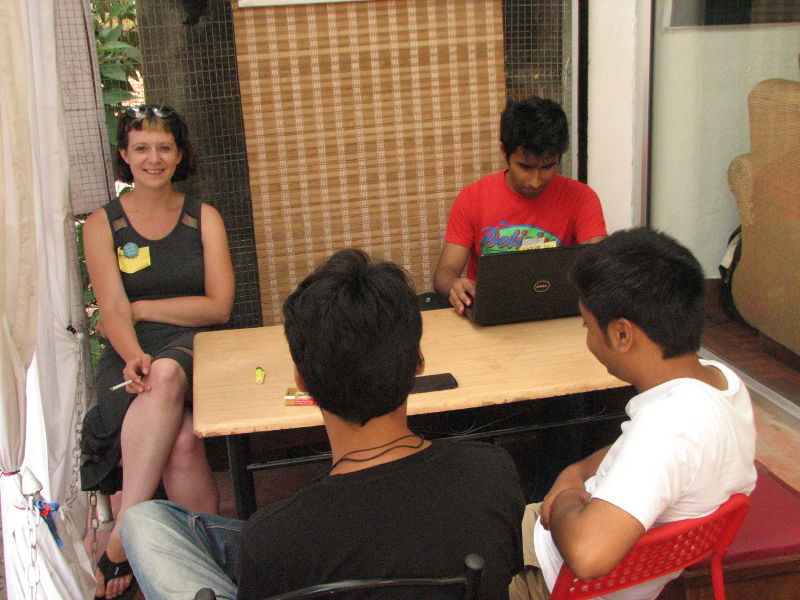 Great work guys! I had fun reading your comments. Like Natalia said, much of it is already covered. Here are my thoughts about the day: 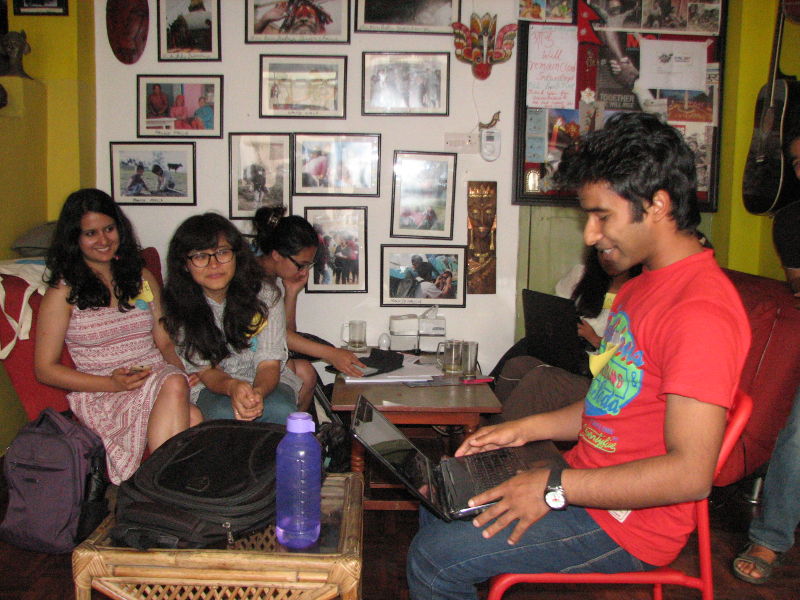 Well first , toast to the wonderful team and great work!!

I joined in only in the later part of the event, (wish I was able to make for the entire day) but i had a wonderful experience listening to Gyanu Adhikari on citizen journalism. However I had expected a bit more on that topic from him. Sometimes I felt that he was talking about the same thing over and again, may be I was expecting something on future prospect of citizen journalism in Nepal from him as well as the challenges of it.  But, given that we had to make participants write as well may be his allotment of time was perfect.

The rest of us have a lot to learn from you guys and this debriefing is very helpful. thank you for taking the time to share this.

I have some off the cuff recommendations

But first I want to congratulate you on a (too) full house. When excess of success becomes a problem - you’re on to something good! Keep it up!

I would recommend that you find a format that let’s you devolve the process a little. Perhaps so that some of the work can be done in a couple of flexible “satellite events” on a smaller an more intimate scale. If these are happening for example a week or two days before - then two of the “core team” could do some satellite hopping (A-Z and Z-A respectively). That leaves time for the core team to organize ahead of the main event.

During the satellite time they would be going around making notes (to answer some difficult questions at the main event), and answer some easier ones on the spot. That way you already get a better overview what kind of crowd you will get at the main event, but you don’t throw out a lot of time organizing and confirming. You just do a satellite, and twitter the time and place - and try to cluster them a little in space, but stretch them out over time.

This would have the benefit for the participants that they can already sleep over some of the initial responses (if you do the satellites before the main event), and it uncramps the event on several levels.

I was happy to hear that the food was good. This is routinely underestimated! If I were to give career advice for getting rich, it would probably be: Remember to put cookies on the table.

A decent blood sugar level does wonders for my mental performance. I found that out while fasting for ten days, while working at a synchrotron (it is expensive, so when you get a block of time - you work day and night). Do yourself a favor and don’t try that, unless you want to go there.

Lastly, I used to have a folder where I kept useful info on writing in. This however was mostly intended for student theses and research articles published together with students/others. Some of it will still apply/help though, especially if you are more tending to write for Wikipedia or want to translate scientific articles into plain writing. I am unfortunately pretty weak on general journalism or creative writing where the emphasis is quite different sometimes.

I found “The Craft of Research” by Booth really good in terms of comprehensiveness. Of course it is pre-networked age (well most of academic science still is) and thus does not cover what we’ll try to address as we go along. The EU also has some good resources available as it does loads of writing and translation at a very professional level. But very often you will also need a couple of short cheat sheets that address specific issues that you deal with (or you have to explain) on a regular basis.

If someone wants my collection you should message me, and we can do this based on “fair use”. I think actually most of my thing in the collection were freely available from some publisher - even though it may say something else in the document itself still…

But I’d want you to make an effort an give/point me to some resource that is clearly better than one I use (not too hard to do I think), or is a really worthwhile addition (we’re going for quality, not quantity). Ah, yes before I forget: I have to mention Strunk & White before someone knocks it over my head.

Why, you did it again!

Ok, we are all really impressed, guys. I love this way of documenting as well – I am learning from your work, though I did not participate.

We are very close to an instructable for citizen journalisms workshops. While you are focusing on narrating the quake, it’s hard to think of any substantial social change that does not require a change of narrative; so, we (or others) might replicate your work in some other situation in the future. If you have planning documentation, I would be grateful if you could share that too.

Just tidied up and published the requested planning document for the Writers’ Workshop. @Nadia, you also wanted to have this for the Future Makers Global project. Good luck