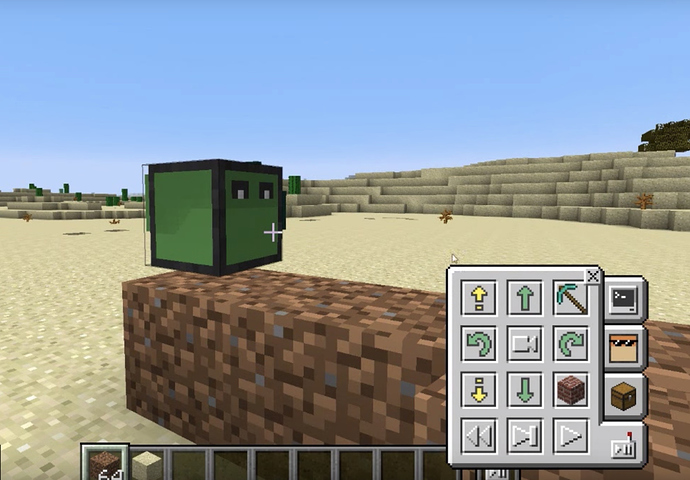 In the context of the Teaching Teachers Open Source, I had a friend with the dream to author a children’s book on IT. Below are the thoughts I contributed to her:

When I searched for Curly Bracket I found a fun series from Swedish Radio P1.

Currently I am reading Kevin Kelly’s “What technology wants”, and while it is true all technology and science is “building on the shoulders of giants” it becomes devastatingly clear to be the case with code. Increasingly, the features, the size of your lego blocks so to say, grow. Especially since the rise of Github, Pastebin and Stackoverflow (each of these merit their own essays you may read if you want to, but here’s a tweet), open collaboration is always too big to ignore. Incidentally, intense communication through tools various tools is also essential. Unless you’re one of the best coders in the world, writing any substantial amount of code yourself is usually the wrong solution.

Anyway, I’ve thought about technology development a lot, combined with the nature of work. Most colleagues study outside of work hours to be able to do the work. I have some productivity addiction, which gets weird when it’s some sort of knowledge you’re producing, not chairs or other physical items. If I could just replicate work I’ve done over and over, or even teach it, it would be so efficient. But I’m forced to learn new things to keep up with development, reaching higher and higher levels of abstraction. Because this discrepancy - doing dishes will always take effort, teaching a team Git gets easier but learning new always take great mental effort, I’ve sketched a way of thinking of effort using different currencies, like time, money cost, experience required and mental effort (mana). So I’m a pretty high level IT wizard who can do a lot at even no cost, but it will cost time and mana. Also I get a specialization penalty for low mana tasks (find reference on how Richard Stallman describe hackers as the wizards of the future?).

One concept important to systems and software development is the ability to assemble (and to take apart again). Many systems are like dolls, ready assembled and you won’t open or change them. Open software however at most comes partially assembled (legs, hands, whatever, parts always being reused for other models) but you will have the source code available and there are distributions that are made to be automatically assembled only on your computer. Back around 2000 getting a Linux system to work could take several days or weeks, but now I spawn new computers several times per day. It has led to the expression “treat your servers like cattle, not pets”, because if one misbehave you should be able to put it down and reproduce it from source. This beautiful process of bootstrapping never seize to amaze me and tools like autoconf, automake, gcc and yum make it happen.

Finally, I feel like I have studied too much. The accreditation of a masters degree (imagine a lengthy list of impressive courses and grades) is a terribly inefficient way to weed out who is fit for the job, especially since there are now MOOC trainings for most thinkable subjects, not rarely for free. I believe that while excellent in parts, for many jobs, the significance of university education will diminish in favor of more efficient qualifiers. However, while I have all this knowledge and experience, I have a passion to make the best use of it and enable others. Any way you can think of to take part in that would be pretty awesome.

Great post, @unclecj. I like the idea of “different currencies” instead of a scalar effort! It’s true that your “currencies” are imperfect substitutes, sometimes throwing money (or time) at a problem just won’t do it.

Thanks! On one hand, the amazing indian meal served during the workshop (thanks to Lars the forestry worker and foodtruck owner) reminded me different currencies, different ways of being wealthy, is a key enabler for a mindset of abundance.

On the other hand, “throwing money at the problem by buying custom gadgets” is a legitimate solution

Back around 2000 getting a Linux system to work could take several days or weeks, but now I spawn new computers several times per day. …

I am purely using Linux since 2000 and while some things got easier, a basic install is similarly simple and getting specialized hardware to work is similarly tricky. My Wacom digitizer / touchscreen combo for example stopped working with the upgrade to Ubuntu 19.10 …

… It has led to the expression “treat your servers like cattle, not pets”

I’m sorry for the cynical remark already, but we also got all the horrible side effects of factory farming together with this approach. In my view, servers rather need love, just like pets

Minimalism is a strong trend for dealing with the physical world already (Marie Kondo etc.). In the software world, we still see the total opposite: needlessly going for more stuff and more complexity even though it’s already unmanageable (yesterday’s example). I hereby declare that software minimalism is a thing from now on!

Non-LTS-versions? Living on the edge?

I am purely using Linux since 2000 and while some things got easier, a basic install is similarly simple and getting specialized hardware to work is similarly tricky

Yes, also core hardware gets trickier to use with free only software (wifi-cards, bios-stuff, graphics chips, etc.pp. for a podcast with some stories see/hear also: http://faif.us/cast/2019/mar/20/0x63/).

Just thought I would leave this here: Hypothetically, Marie Kondo Would Be A Great Murderer

The most efficient way to declutter is murder?

Jumping back to the main topic, let this be my retort

(“Jeff Bezos” OR “Bill Gates” OR “Elon Musk” OR “Steve Jobs” OR “Fred Brooks” OR “Joel Spolsky” OR “Carol Dweck” OR “Martin Fowler” OR “Kent Beck” OR “Edwards Deming” OR “Linus Torvalds” OR “Robert C. Martin”) (site:quotefancy.com OR site:wallpapervortex.com OR site:quotes.pub OR site:wisefamousquotes.com)