City of Milan to "reforest": 3 million new trees will lower city temperatures by 2-3°

Putting this here, but it should probably go into the EarthOS cat when we get around to making one. 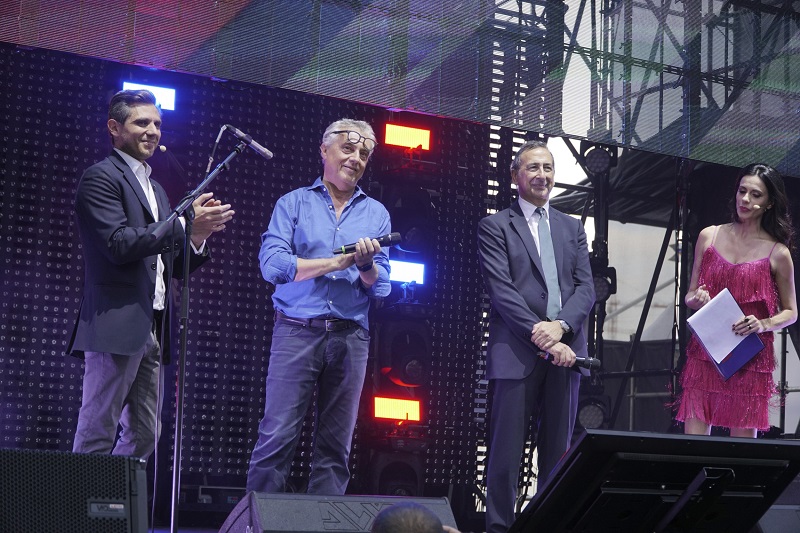 The city estimates they should reduce net emissions in the city by 80%.

While planting trees is great for a multitude of reasons, two trees per inhabitant of the city does not offset 80% of per capita emissions. It would require two trees to add 1.5 tons of carbon each, per year, or more than 3 tons of wood mass.

Maybe they tried to say that the 3 million trees will offset 80% of the municipality’s emissions? So, of the public organization including city administration, utilities companies, schools etc…

Of course, you must be right. They were speaking of 1.2 trillion trees to offset most of global emission, We are about 10 billion, so that means you need over 100 extra trees to offset one person.

But maybe they are talking about net emissions. Some of our emissions are already offset by carbon sinks somewhere, so you can offset net emissions with a smaller effort than that needed to offset gross emissions.

I think it’s always a great idea to plant trees and I’m happy that Milan planned to do it massively.

(In that way contributing, Boeri explained, to reduce of 4/5 the produced CO2, finally clean Milan’s air (absorbing tons of particulates) and lowering the temperature of the city in the summer of 2-3 °C).

Anyway, trees actually absorb CO2 emissions and that can affect the temperatures, lowering the medium temperature of the city in the upcoming years. But trees can’t absorb particulates, which are are microscopic solid or liquid matter suspended in the atmosphere of Earth, coming from natural sources (i.e. volcanos) or anthropogenic (i.e. cars emissions). Instead, “Particulate matter can clog stomatal openings of plants and interfere with photosynthesis functions. In this manner, high particulate matter concentrations in the atmosphere can lead to growth stunting or mortality in some plant species” (from Wikipedia). So what Stefano Boeri declares in the article isn’t very accurate, that doesn’t solve pollution problems affecting people’s health and if they don’t reduce the pollution at the source, planting trees won’t have any real effect on air quality.

But trees can’t absorb particulates, which are are microscopic solid or liquid matter suspended in the atmosphere of Earth, coming from natural sources (i.e. volcanos) or anthropogenic (i.e. cars emissions). Instead, “Particulate matter can clog stomatal openings of plants and interfere with photosynthesis functions.

Mmh but if the PM particles clog the stomata, then in principle leaves get them out of the air, right? If the PM pollution is not overwhelming the leaves, then the PMs will be eventually washed off by rain from them.

I just became interested in the effect of trees on PM pollution, and I found that indeed they can remove PM particles because they collide in some way or another (impaction, interception and turbulence ­­– see) with the tree and become stuck.

But the effect is moderate:

“In urban areas with 100% tree cover (i.e., contiguous forest stands), average air quality improvements […] of the inleaf season were around two percent for particulate matter […]. In some cities, shortterm air quality improvements (one hour) in areas with 100% tree cover are estimated to be as high as […] 8% for particulate matter.” (source, p. 117 / p. 3 in the PDF)

So 2% PM reduction with 100% forest cover. And much less for the 3 million trees Milan wants to plant. It’s not zero, but also certainly not “finally cleaning Milan’s air”. Like you put it, “what Stefano Boeri declares in the article isn’t very accurate”.

And there are additional complications and risks:

“These estimates of air quality improvement due to pollution removal likely underestimate the total effect […] [because] forest canopies can limit the mixing of upper air with groundlevel air, leading to significant below-canopy air quality improvements. However, where there are numerous pollutant sources below the canopy (e.g., automobiles), the forest canopy could have the inverse effect by minimizing the dispersion of the pollutants away at ground level.” (source, pp. 121 / pp. 7 in the PDF)

And now some anecdotal evidence: I stayed for a lengthy time with my truck home in a small German village with an average of 6 km of forest in each direction (rough guess). That village was known for its clean air for many years and used as a climatic health resort while that trend was all the hype.

In other words, forests are great air filters for all kinds of air pollutants, but they need much more space for cleaning than the typical urban pollution-emitting area. That space is just not available in cities, because cities are for some reason always made very dense.

If, however, we’d go from 100% of forest cover (relative to the pollutant emitting urban area) to 5,000%, trees would clean 100% of PM air pollution. (I know I can’t just extrapolate like that, but it should show the order of magnitude at least.) That would not be a city anymore but a forest with villages (to fulfill the requirement that we need 50 times more forest than settlements). Certainly it’s simpler to ban cars than to make that transition

cities are for some reason always made very dense.

“For some reason”? Come on. Density is a feature of cities, not a bug. You could even say it is city-ness.

Regarding density and cities, that’s true for population density. I rather had “built-up area ratio” in mind (I should have been more precise). And when it comes to cities with a low built-up ratio, there are quite some solarpunk things to do. How’d you like a lush green untouched forest with high-rise buildings every 1000 m or so, only connected with bridges and tunnels.

How’d you like a lush green untouched forest with high-rise buildings every 1000 m or so, only connected with bridges and tunnels

No! That’s Le Corbusier’s Plan Voisin. It leads to dystopia.

A lot of my thinking around cities comes from “Seeing like a state”. If you have not read it, you would enjoy it a lot.

Mmh but if the PM particles clog the stomata, then in principle leaves get them out of the air, right? If the PM pollution is not overwhelming the leaves, then the PMs will be eventually washed off by rain from them.

Yes but, as you say, the amount of trees needed to compensate PM should be far higher. If not, the trees will just “die for intoxication” (forgive my very non rigourous scientific language).

And then: what kind of trees? Plants are not objects. “Plant a tree” sounds good, but are we planting trees in order to fight pollution? So we should pick those less affected by particulate. Let’s say it’s oaks (I’m inventing). Are oaks adaptable to every soil? Every climate? Are they predatory towards other species? Do we want to have a monoculture of pollution absorbing trees? What about biodiversity? How the fauna could react to this? How about the ecosystem? Which are the long term risks? And last but not least: is this ethical?

My point is: if we look at this from a closer perspective, we see how complex things are. And we saw which kind of damages we can do by playing gods with the planet. Wouldn’t it be, at the end, as you said, soooo much easier to change the way we travel or produce things or basically consume energy?

PS: btw, if you want to plant trees, please, do it. And take care of them!

Plants are not objects. “Plant a tree” sounds good, but are we planting trees in order to fight pollution? […] is this ethical?

This is such a wild thought, I like it a lot

I’m much more on the engineering side of things, but it certainly does not hurt to think about forestry ethics as well.

I’m just trying to wrap my head around it for a bit:

With such a kind of “ecosystem ethics” approach, there is probably a lot to discover about “ethical” design of cities, as part of natural ecosystems. For example: How would a city look like that gives equal opportunities to all species that can thrive in this climate? Instead of giving all the opportunities to humans (and there, the best to wealthy humans).

But, actually, trees don’t need us, we need them. It’s just that we delude ourselves believing that we control the environment: we don’t. And the Anthropocene, which is a concept I do care about, doesn’t mean we became too powerful and changed the climate. It means we thought we could control things and turned out we don’t.
So, my point of view is that geoengineering belongs to a hierarchical (and capitalist) perspective, even if it’s for the good (not mentioning that richer people won’t suffer climate change consequencies as the poorer people). The ideas behind this mentality are the same as the following: 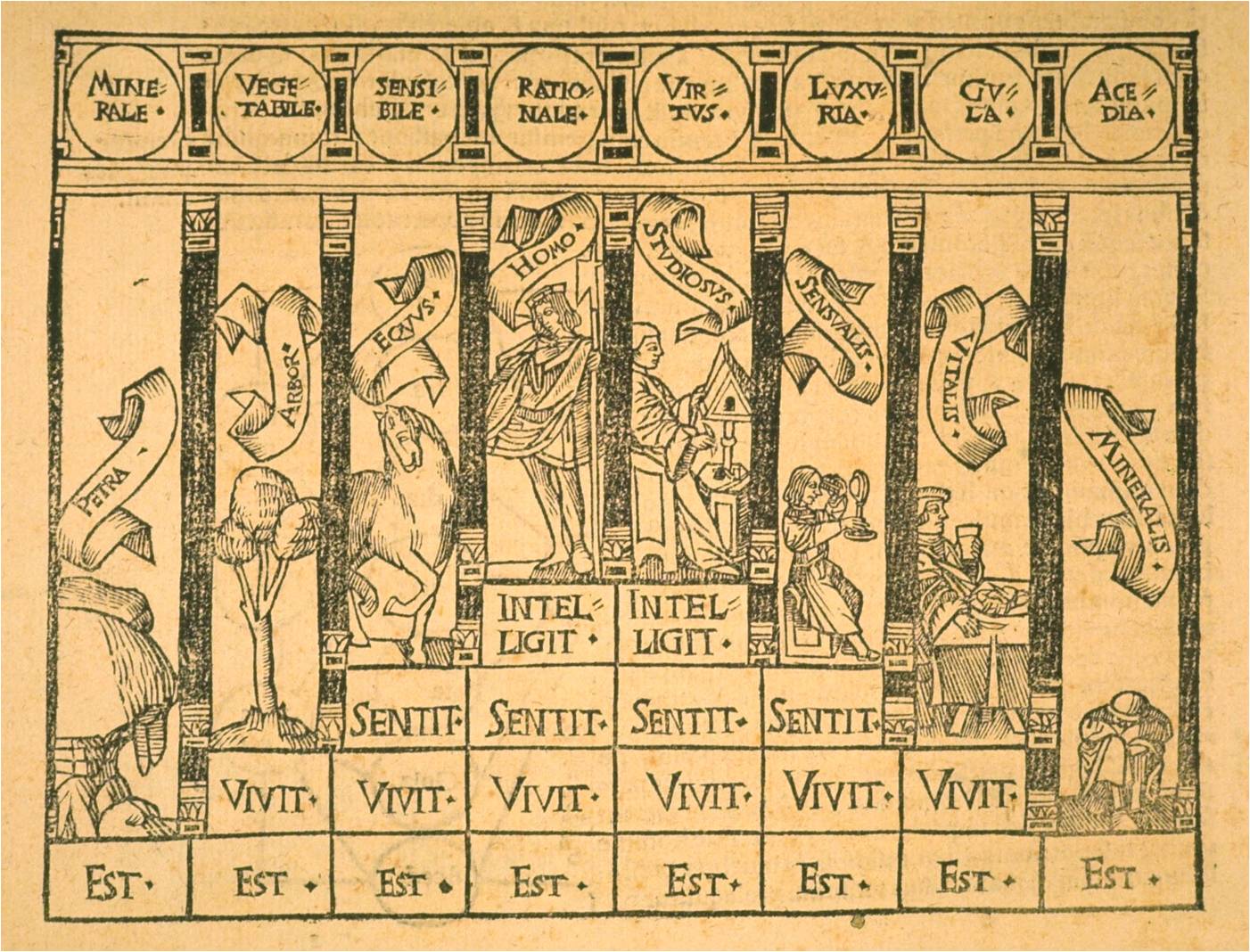 This is called Bovillo scale (based on “Scala naturae”) and it’s dated 1509. As you can see, on the left half, there is the representation of the world as we still see it: rocks just are (“est”), plants are and live (“est” and “vivit”), animals are, live and feel, humans are, live, feel and think. I don’t talk about the right side of the table, because is off topic, but if you’re curious and need a translation, feel free to ask

Plants represent the majority of living beings on Earth, by far. They will probably survive us. So, planting trees, from these perspectives, looks to me both inefficient and misleading. I would reconsider the sources of pollution, instead of using trees as a sponge to continue behave as usual. 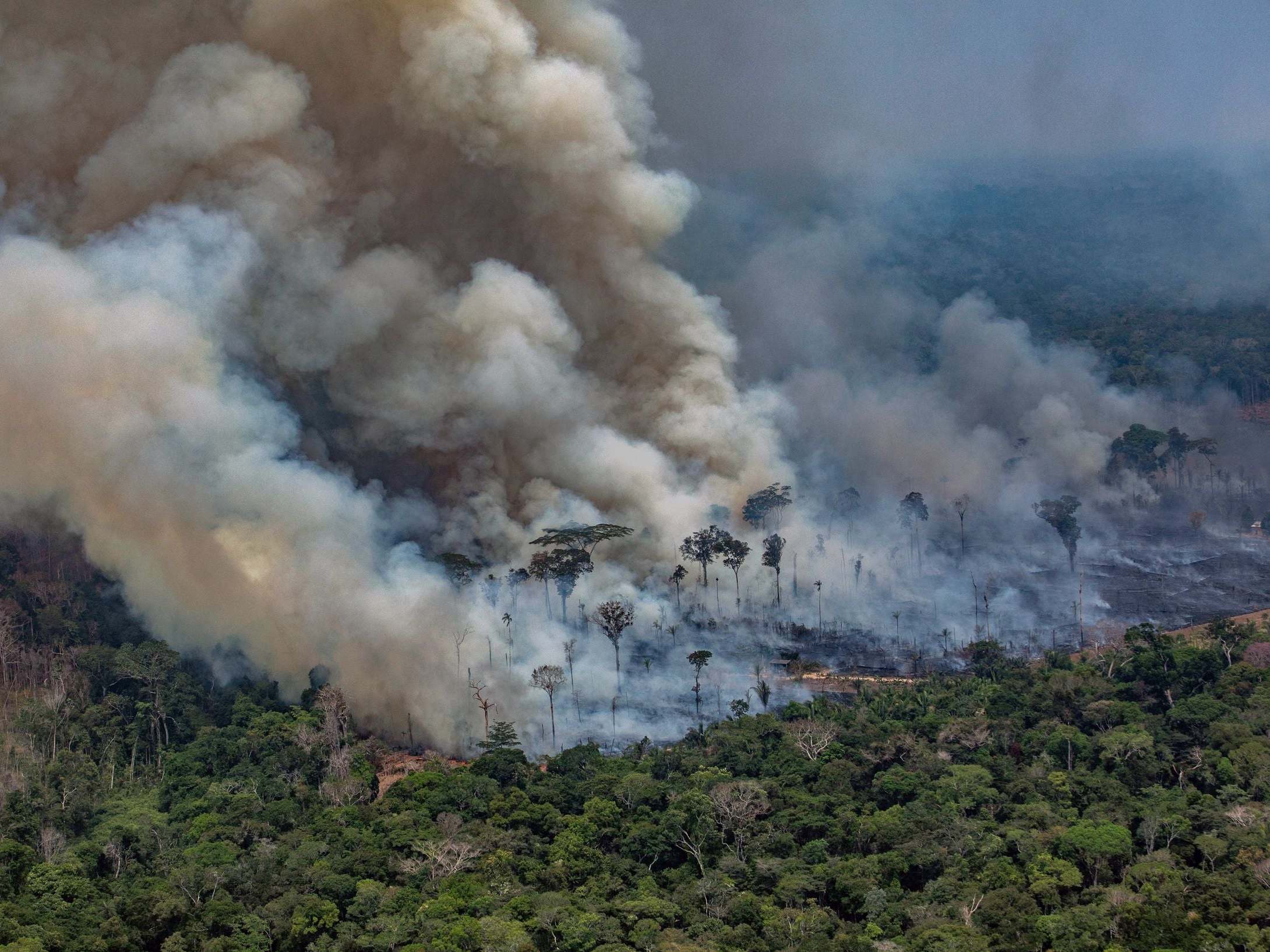 I believe I’m gonna rethink my previous positions.
Rejecting help in this case it’s a crime against humanity.
Also, it’s not just the Amazon: 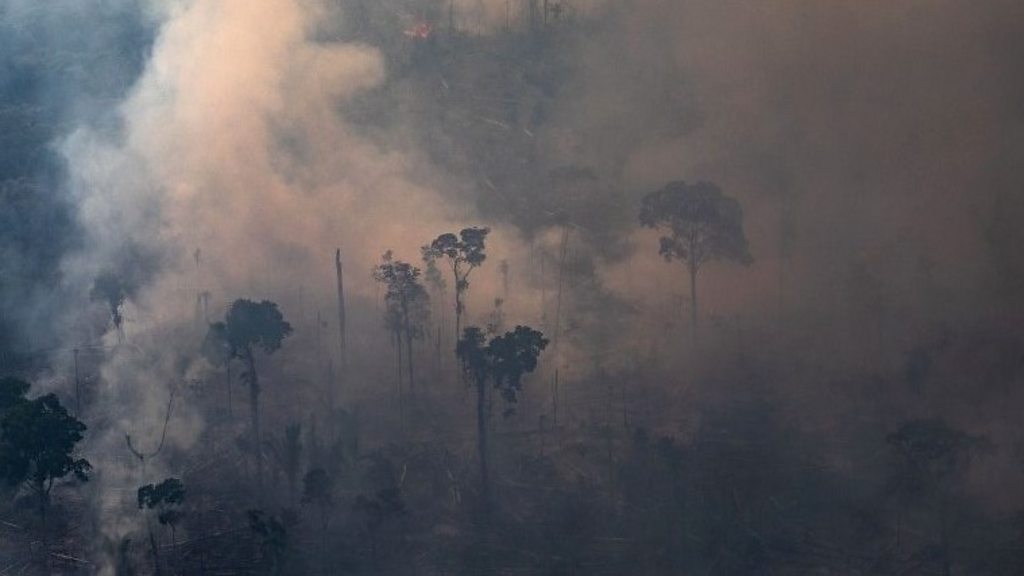 Where there are more fires than the Amazon

I think we should do something concrete.