In Africa, we are encountering various social, economic, and environmental dilemmas that can be perceived as opportunities to contribute to the prosperity of the countries to which we belong via innovative and ingenious ideas.

Thus, the event “Hack for Earth,” a 12-hour hackathon, wherein the participants would work and help solve an actual environmental challenge, aims to establish solutions for the common good and also to strengthen the AI community in Tunisia.

The objective of this competition is to create a machine learning model that helps Kenyan non-profit organization Local Ocean Conservation. So that (LOC) anticipate the number of turtles they will rescue from each of their rescue sites as part of their “By-Catch Release” program.

To train the model, the data set was mainly historical data on the number of turtles rescued from each site from 1998 until 2018. To date, Local Ocean Conservation has released over 10,000 sea turtles.

An accurate prediction will enable Local Ocean Conservation to allocate staff and resources more efficiently. This challenge was hosted on the first data science competition platform in Africa: Zindi.

So in collaboration with IEEE Sup’Com Student Branch, Zindi ambassadors, Edgeryders community members in Tunis, and OCI labs, the first edition of this event was scheduled to take place at the Higher School of Communications of Tunis (Sup’Com) on November the 30th 2019.

Indeed, there were Data Science mentors that helped and guided the participants to develop successful solutions. Mainly, they were a selection of skillful and competent data scientists and Kaggle experts, from whom we mention: Mohamed Salem Djdidi, Alaeddine Ayadi, Seif Fezzani, Sirine Bouslema, and Firas baba. 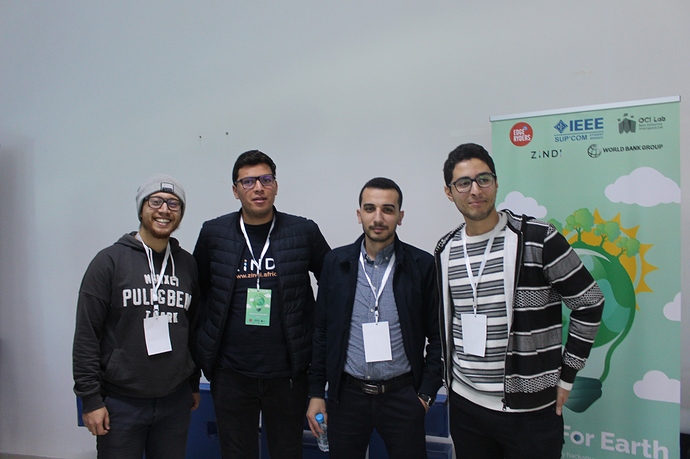 As the vice-chair of IEEE Sup’Com SB and a co-organizer, it was a delight to contribute, me, and our student branch, in the success of this advantageous hackathon. We split the tasks concerning the logistics and media; moreover, we posted the event on Facebook on November 22nd. We ensured that it reached the maximum of people by sharing the description and multiple posts. Besides, we opened registration on the following day and closed it on November 26th. It was remarkable that many people were intrigued by the theme of this challenge. We received 108 applicants. They were students, for the most part, that had common knowledge in programming and machine learning.

According to the statistics, 40% of the participants were undergraduate students, 29.5% engineering students, 18.5% master’s students, 10% fresh graduates, and 2% professionals.

Concerning the process of preselection, we accepted the applicants according to their resume, their passion, and motivation regarding solving ecological challenges using data science. Only 55 were admitted due to limited seating and fairly-narrowed budget, which is typical for the first edition of any event. The final number of participants that attended the competition was 44 and was composed of 36% of females and 64% males.

On November the 30th, the event started at 9:30 am by welcoming and presenting the contestants and introducing the previously-mentioned partners and mentors, followed by an Ice-breaker game on https://listen.edgeryders.eu/ platform, the attendees were a bit confused at first despite the fact that the link was stated in an email sent the night before, perhaps it would have been more practical if it was sent a few days earlier. Yet, they enjoyed the team building activity because it helped them get to know each other and facilitate the process of networking later on. 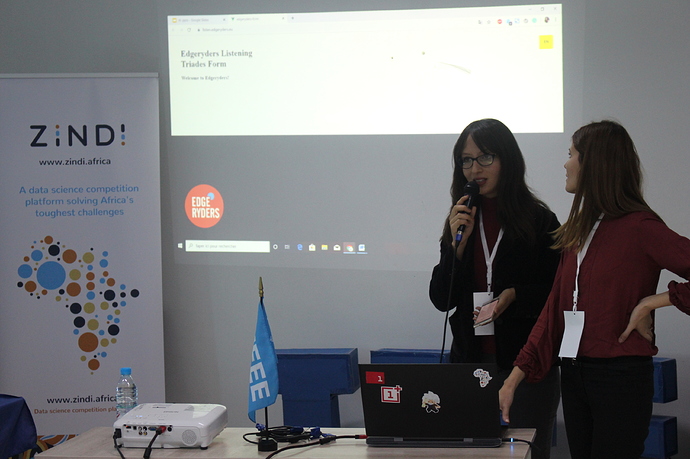 By the end of the presentation, Ms. Zmorda Djdidi talked about OCI LAB and the advantages and opportunities it offers to such talented youth to make a difference in their countries. 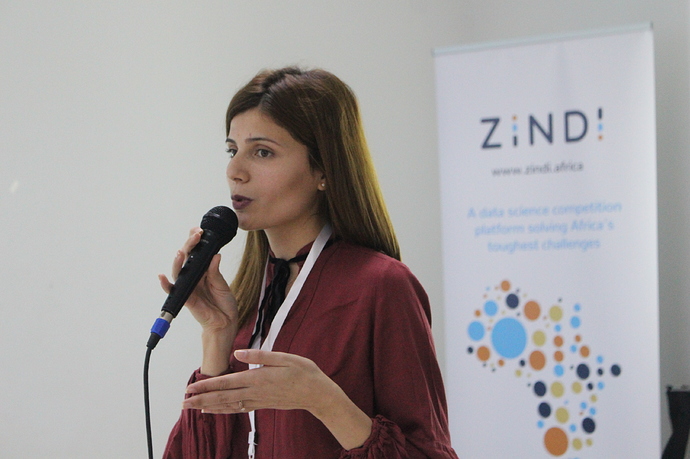 Afterward, Med Salem Djedidi, the Zindi ambassador, and Firas Baba started presenting the challenge and explaining it while the participants took time to familiarize with the Zindi platform and the contest theme which, in their own words, not the typical kind of data science competitions, as it was based on real-life data.

For more information about the challenge you can visit: Sea Tortule rescue forecast challenge 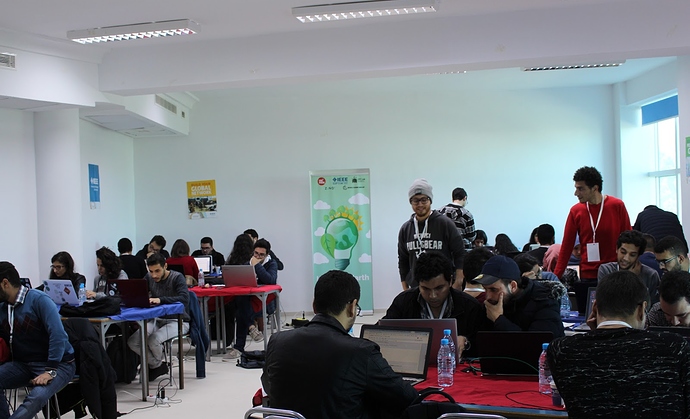 During lunchtime, the participants kept networking in a cozy atmosphere. Still, they hungrily rushed back to their computers to finish working on their models. 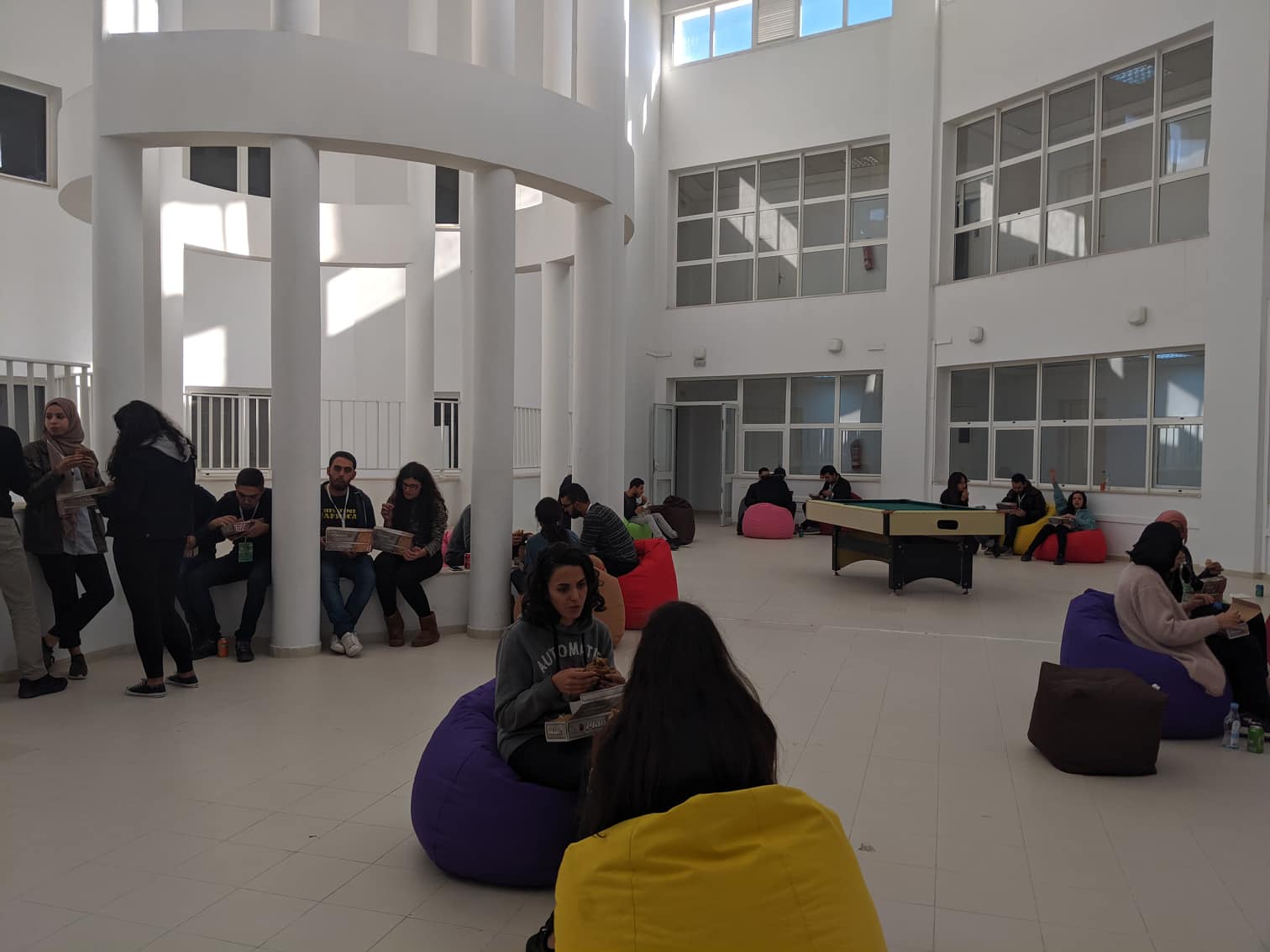 Soon after, the scores on the leaderboard got interesting and the vibes of friendly competitiveness were filling the room.

Through the 12 hours challenge, our mentors have provided the participants with tips to :

The tips will be shared by our mentors on a separate post.

Towards the end of the competition, the private leaderboard at 8 pm revealed the winners of this significant challenge:

After 12 hours of hard work and determination, the top winners get to finally receive their rewards provided by Zindi.Africa. The 3 prizes are respectively 500DT, 300DT and 200DT vouchers.

Aziz Belkhir, a final year computer science engineering student at the National Engineering School of Tunis (ENIT), got the first place. He has a grand passion for data science. Plus, he participated in multiple AI hackathons, also familiar with the Zindi platform. He liked the idea of manipulating real data therefore he decided to participate in this particular one.

Concerning his solution, his strategy was to focus on each capture site and study its related data, also checked the average number of turtles to be caught in each site. 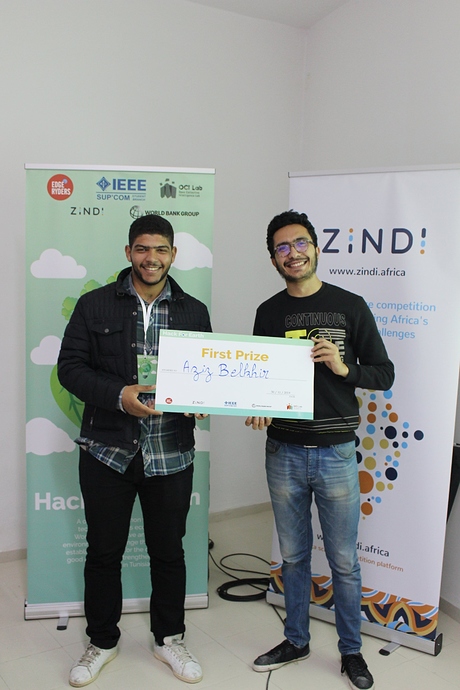 As for the second-place winner, Oussama Fakhfakh, a final year IT engineering student at Sup’Com. A hardworking young man, he stated that he attended many data-science online courses in his free time and was looking forward to practicing the skills he acquired, and this competition was his chance to do that. As for the solution, he applied feature engineering techniques and hyperparameter tuning in his models, and used an ensembling method called “Averaging” in which he implemented Lightgbm and Xgboost and then have taken the average of prediction of these two models. 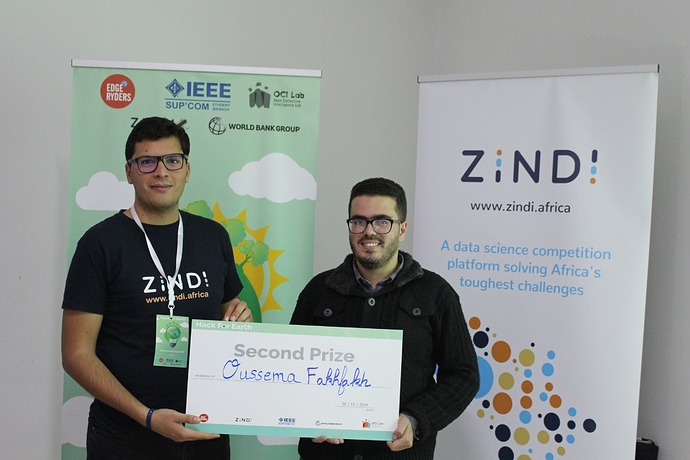 Last but not least, the third prize went to a team of two girls Souha Gaaloul, a fresh graduate student with a computer science degree from the National School of Engineering of Carthage and Nermine Ali, a computer science engineering student majoring in data science at ESPRIT.

Souha was captivated by this challenge because she was excited about the idea of using technology for social impact and especially for something as important as saving those creatures. Our planet, she insists, needs us youngsters to take action to save it.
Her solution for the challenge is a regression model predicting the number of turtles to be rescued in each week of 2019. She utilized a random forest model since it is less likely to overfit. Her partner Nermine tried a CatBootRegressor but it didn’t do as well in generalizing to the test data so they agreed on the Random Forest solution. She believes the model would have performed better if they had more time to work on it.

As for her partner Nermine, a curious young lady who likes to be challenged and perceive to what extent she could reach in a limited time duration. She also affirms that she wanted to prove that female engineers are capable of anything they put their minds to. 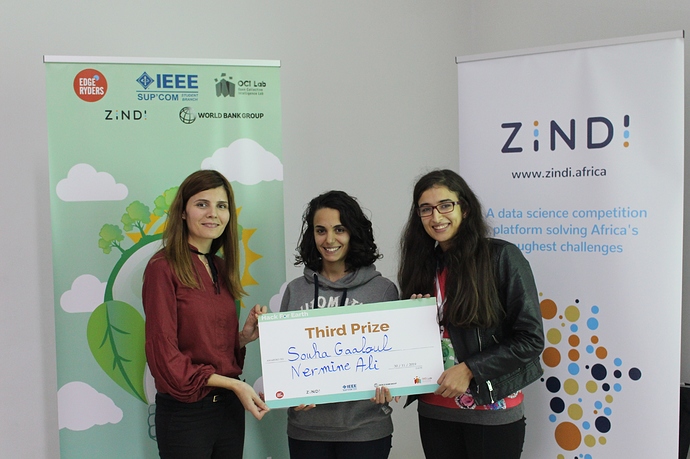 Please check the repositories on GitHub links below :

Finally the event concluded with having goodbye drinks and a photo shooting session. Some of the contestants also were discussing the difference between typical data science competitions and real life problems. Usually, the only metric that is important is accuracy. However, real world data science work requires a careful trade-off between factors such as cost, model return on investment, model latency, and model scalability.

Most of the participants’ feedback about the competition was about how well-organized it was, and praised the good quality of internet connection and food. Nearly all of them agree that the challenge was very interesting. However, some think that it involved a lot of data manipulation and that it should have been a more-than-twelve-hours challenge if they wanted an optimal solution. They insisted that if the goal of the challenge was to get the finest results, then the training and test should have been provided but if the goal was to see who can manipulate data and create a good-to-go model in little time then that purpose is achieved. Also a few considered a good amount of data to be useless, yet it wasn’t a surprise since it was a real life data.

Overall, they enjoyed the event a lot and were happy to be part of it.

What is next?
The code of the 4 participants will be reviewed in the following three days by our mentors.
After the submission validation, Syrine and Mohamed, our mentors, with Local Ocean Conservation will improve and validate the POC and set up an action plan to deploy the predictive model.
From the IEEE side, we are enthusiastic about future collaboration within the Zindi and Edgeryders community toward a long term collaboration.

Special thanks goes to Zindi.Africa, OCI labs, Edgeryders community and IEEE Sup’Com SB for assuring a pleasant flow of this event. Also, much appreciation is dedicated to the mentors who worked hard to keep everyone well informed and helped guide the contestants throughout the competition.

Surely, we value the media coverage made by Reuters, in which they interviewed Ms Zmorda Djedidi and Khouloud Ouesleti about the hackathon.

Mabrouk @khouloud.ouesleti @sirine_bouslama @Meds.jedidi1 and @zmorda
You did an excellent job of organising this, thank you. Our intention is to honour these efforts by building the next phases to live up to these standards. I am now reading through all the project submissions as are other members of the team. Will strive to get through everything by the end of this week and then get back to everyone.

Thank you @khouloud.ouesleti and the IEEE for the high quality of logistics organisation.
Thank you for your support and encouragements @nadia.
We look forward to our next collaboration. We will keep you updated for our next steps regarding the data science academy.