Meet the freelancing community panellist for the What freelancers really need - How can technology help freelancers to thrive and where do we desperately need to improve? event: 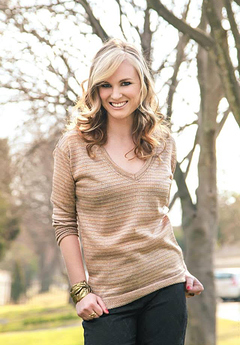 Nicole is the Founder of newly launched Boxed Community, a virtual co-working space and online community for freelancers, entrepreneurs and remote workers.

She has been a part of the freelancer world for many years. Starting out as a freelance makeup artist in 2010, she progressed to running her own creative management company in 2012 called Talent Box. During her time as director of Talent Box she represented a number of creative freelancers across the industries of makeup artistry, photography, film and fashion. She also directed the Urban Youth Festival, a festival showcasing entrepreneurship as a feasible career option, specifically in the creative industries.

Nicole was also a founding member of SA Startup Academy project, an entrepreneurship programme run for the underprivileged community of Eesterust, in Pretoria, South Africa. She facilitated this programme for 20 individuals over 6 months.

More recently, Nicole ran a co-working space in London - The Trampery Republic, in which she also ran their Creative Pioneers programme for early stage startups in the creative and social enterprise industries.

Following this, she created and tested the recently launched Boxed Community, a virtual co-working space and skill-share community for freelancers, small business owners and remote workers. In this she facilitates over 30 face-to-face activities per month for a more intuitive way of working and connecting with fellow members.

You can also reach her directly here on the platform, just ping @bxdcomm