Tucked away on the edge of a national forest in Germany stands a white, former firefighter, off-road truck with a folding mountain bike attached to the back.

A long, thin, metal pipe sticks out of the top, and the smell of burning wood makes you wonder whether there’s a wood burner inside. There is. This is what Matthias Ansorg, the CTO of Edgeryders, calls home.

Matthias, who was once called “a living synthesis of the arts” by a friend — although he prefers systems engineering himself — lives an unconventional life, from making his own DIY coffee beans processing equipment to building a foldable 3D printer to working in Nepal after its 2015 earthquakes to publishing books on how to change your city into an ecological civilization.

“I want to see how a civilization with zero ecological impact would be possible,” he says.

The drive to create a different kind of civilization has been a part of his life from when he was just a child, although Matthias can’t really pin it to a specific moment. “I was raised as a follower of Jesus Christ. And that’s still where all my idealism and strong moral convictions come from,” he explains, saying this value system is also exactly what prevents him from becoming a successful “grown-up in this society,” or in other words: He feels that philanthropic idealists don’t seem to make it very far in a capitalist world.

But while living in a truck DIYing hardware solutions to live a more sustainable lifestyle and writing long manifests on how we can create tech-based, eco-friendly societies may be called “unusual” by some, to Matthias it’s exactly what he’s supposed to do. 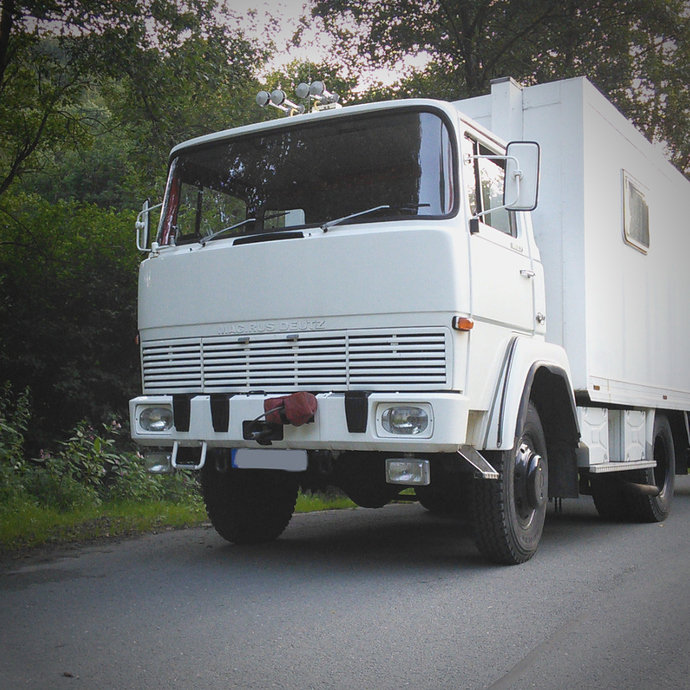 Matthias decided to use himself as a guinea pig to show that a zero-consumption society is possible. For him, living this life doesn’t fix anything necessarily, but it’s a method that at least doesn’t make our world worse. If you have to carry your water and wastewater in 20 one-liter jerry cans in and out of a truck, you naturally adapt to changing your consumption behavior, Matthias explains.

Being as extremely tech-savvy as he is, all the solutions he’s coming up with are based on what is technologically possible.

The truck Matthias lives in has 9 m² living space, which he heats in winter with a bit of wood scraps (a carbon-neutral solution). Except for those two months in winter, he generates his electricity on the rooftop of his truck, with 400W PEAK solar panels.


Using only 600-700 Wh of electricity a day, he consumes 90% less than the per-capita electricity consumption in Germany, the country where Matthias was born and raised. And he applies the same 90% reduction on water, buying “new stuff,” and trash generation.

“I’m working on a plastic shredder and a foldable 3D printer —foldable because it has to fit into my limited 9 m² living space — to recycle all plastic trash into useful objects,” Matthias says about his solutions.

But not all the ideas Matthias has worked on have worked out as he had initially planned. A hairdryer, for example, isn’t the most efficient tool to remove the parchment shells of green coffee beans.

Matthias had set up a peer-to-peer marketplace where Nepalese coffee bean farmers could sell their products straight to the European customers. He wanted to pioneer “globalization done right,” leaving out the middlemen and supporting economic development.

Due to miscommunication, unfortunately, the farmers sent over coffee beans that still needed their shells removed — and a hilarious event followed. 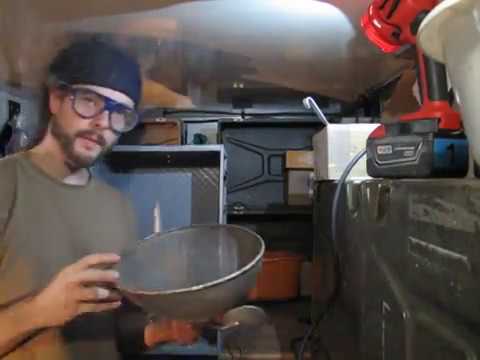 “Here we have 300 kg of coffee that need to be processed with basically no equipment — and we find ourselves spending an afternoon cleaning coffee beans manually during a coffee hacking day at The Reef Brussels, Edgeryders’ co-working/co-living space,” Matthias’ co-founder Nadia E. recalls. “I still avoid drinking anything when I think about them for the health of my laptop.”

It’s exactly that trial and error, however, that make innovation and change possible, not only in creating new systems that could work but also in changing your mindset.

His colleagues speak highly of him, even though he sees himself as a “misfit.” Natalia, who he worked with in Nepal, says that his consistency in his life and ideals are admirable. “He’s truthful in a way few of us can be,” she says, adding that our lifestyles are so often contradictory to what we preach and what we’d want to see happen.

His work in Nepal — where Edgeryders worked with UNDP Nepal to research, contact, and connect alternative leaders in Nepal using the Edgeryders platform — was what made a major impact on how Matthias sees the world and how he acts, especially when he returned to Europe after several months. 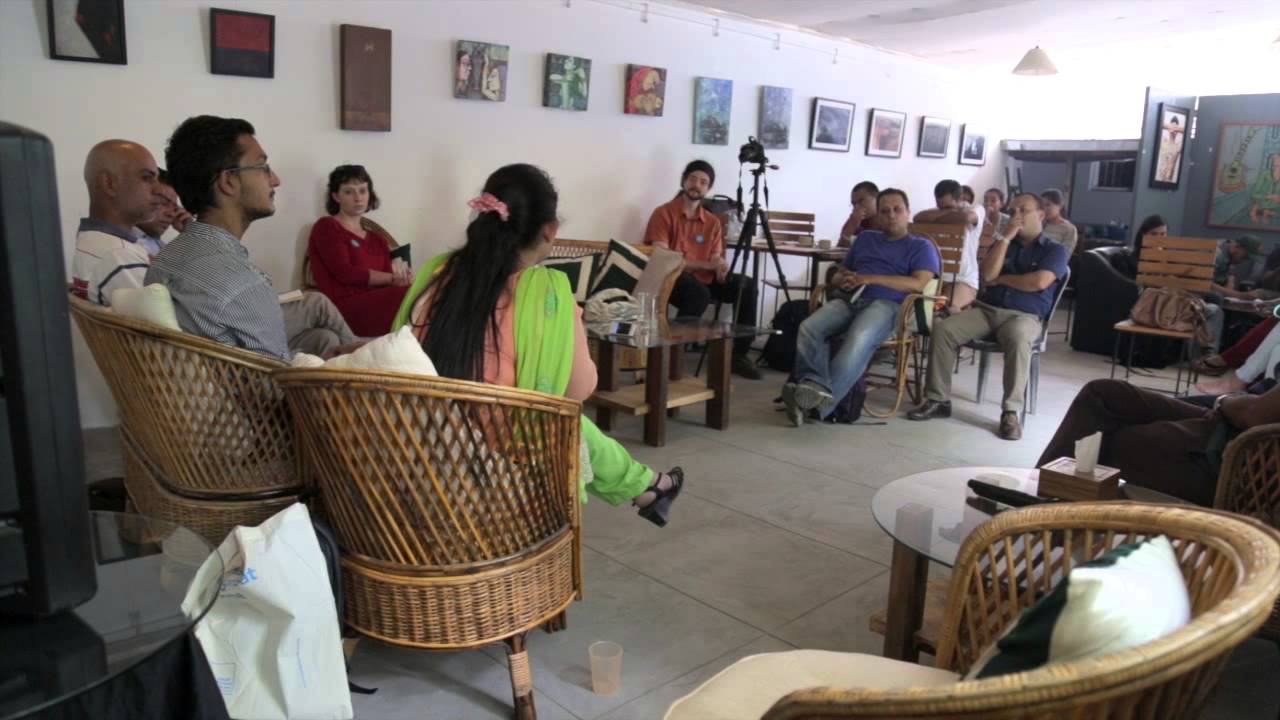 “Nothing in Europe made sense anymore. All the luxury and resource waste felt just obscene, and, on top of that, Europe felt deeply miserable and hopeless,” he says, adding that he feels he’s an unusual person who’s trying to make sense of the world differently from others he knows.

The difference in mentality in Nepal was especially striking to Matthias. The country, despite its poverty, felt hopeful. From a water pipe supplying a house with city water to a road being paved to a town, the people saw bits and pieces of progress and expected more process to be made.

“I don’t say they should feel hopeful; they’re implementing the same type of wasteful, industrial, capitalist civilization that we got stuck in and that is implemented in more or less the same way everywhere on the planet. But I say, it feels so much better to feel hopeful! Without hope, a lot of resentment soon becomes political mainstream as we can observe in Europe today,” Matthias explains.

And that is why he thinks we should rebuild civilization from scratch, while he’s doing some foundational work hoping to inspire others to make it really happen.

He’s hopeful. From a tech perspective, physics allows us humans to change our behaviors significantly. As an example, he mentions how much energy the sun radiates to Earth every day, but it won’t be without a massive effort from everyone.

“When the ecological transition actually starts, it’ll be hard work for everyone. But it’s meaningful work, and people will love it because it gives them hope and because they can leave their bullshit jobs behind,” says Matthias.

8 Likes
Meet Cindy! Our new proofreader :)
Communication Work Batch #2
How do we weave together the threads of various conversations we are having around a "deep green" transition, and what are our next steps?
Interview Questions | Part 1: Matthias
zmorda September 18, 2019, 9:06pm #2