When do you decide that running from a failed medical system is no longer an option?

Recently the worst fears of Romanian medical state infrastructure came true. Hexi Pharma, a major company selling disinfectants to hospitals all over the country was discovered to have diluted their products even 10 times from the labelled concentration, to the point of causing infections of thousands of patients in the system over the last years (news here).

This is just scratching the surface and confirms deep system fail: (1) underfunding and horrendous infrastructure making large numbers of young doctors leave - to give you an idea, more Romanian doctors are working in other EU countries (>20K) than in Romania (10-13K) (2) the perverse circle of paying under the counter - there is no way out: if you’re not paying as a patient, you risk not being watched over; if you’re a doctor and refuse the “gift”, you show weakness and worry patients; you’re also a threat for colleagues because you’re messing up with their system.

This post is not a rant about the system, it’s to share 3 stories and how they connect with it as much as we like to escape it. Special thanks to @Moushira for contributing questions along the way <3

First story: One of my best friend’s brother was diagnosed with testicular cancer. While being made to wait long hours in Romanian hospital hallways, he felt his morale was going down even before embarking on the painful journey that cancer treatment is. Having Hungarian citizenship as well, they immediately chose a clinic in Budapest (also public) - more quiet, and with greater concern for patients wellbeing, both physical and mental. What struck me the most is seeing my friend driving her brother for 6 hours every other week for many months, repeating this in cycles until the disease receded. Her own time, subjecting him to this tiring ride and random B&Bs were altogether more desirable choices than putting him through the pains of systemic healthcare.

Second story: While I was growing up, my (then) very young parents took grand-grandma in, who had just moved in from the countryside as she had no one left there. She helped my parents a great deal as they were both working and raising me and my sister. She would cook, take us to the kindergarten, contribute her pension to domestic expenses too, so that, in her words, she would not be too much of a burden on the family. When she fell very ill my grandma (her daughter) took her in, cared for her in ways some would say only professional help should care for a patient, and finally she went… in a familiar bed. So here you have, like in the story reported by @HoneyMk family shouldering the full burden of care. You also have, like @steelweaver  mentioned, humane treatment.

Fast forward twenty something years, and my widower grandma now, too, lives with my parents. This kind of housing arrangement is common practice, as private home cares cost at least twice a pension. And while there is perceived duty from children to care for their elderly, I’m convinced this is not the way, I see now how much my big family picture (idealized!) has changed. It is a solution that comes from the need to avoid alienation coupled with saving costs for both sides. My grandma’s rental apartment provides half a salary more and helps my folks support themselves - up until now, my dad was unemployed for the past 4 years. So this is a barter with love, but with too much daily pressure and more to come - my parents are still young (50yrs old) and my grandma’s health is only getting worse. So it can’t be that a generation later, the solutions are still so archaic.

We make these long term investments in relationships and stand ready to pay our dues when time comes - in love, care, financial support, anything that we can.

What if my friend’s brother could have waited differently, learning something with other patients in the first hospital?

What if my grandma had serious help in caring for her mother, at home so she could still feel a good daughter?

What if my parents don’t have to psychologically prepare for their future where their daughters won’t be able to care for them (my sis lives abroad, and I have never had a job)? but maybe could save a little money at a time and put them in a collective pot, like a trusted health insurance?

What if people would be willing to make proper care investments?

Well, there is one dramatic, yet telling story of crisis-born solutions (and effective partly because of that).

Third story: Starting 2009, Romania became the EU country with the cheapest drugs, which screwed up pricing arrangements - it made providers offer small prices to the state agency purchasing and distributing drugs to medical institutions; the profit margin was so low that they stopped producing, especially cancer drugs; the regulations were so weak that there was no punishment for breaking contracts. This left hospitals all over with serious shortages of essentially cheap cytostatics. An underground support network was created by young economist Vlad Voiculescu living in Vienna at the time. Vlad was seeing desperate calls for help from home and offered to buy the drugs from pharmacies in Austria and in Hungary, flying them in by himself or through friends, acquaintances and, as the network grew, helpful strangers or tourists. The delivery chain ended up including even taxi drivers as intermediaries dropping off drugs at patients’ homes and picking up the cash. All this was aided by the online community platform set up where people would report shortages, and led to strong, media-supported advocacy which eventually improved the supplies.

I would ask Vlad to join and tell us the whole story, but I know he is busy. As of this week he is the newest Romanian Ministry of Health, in a situation where grassroots meets hope for system change. 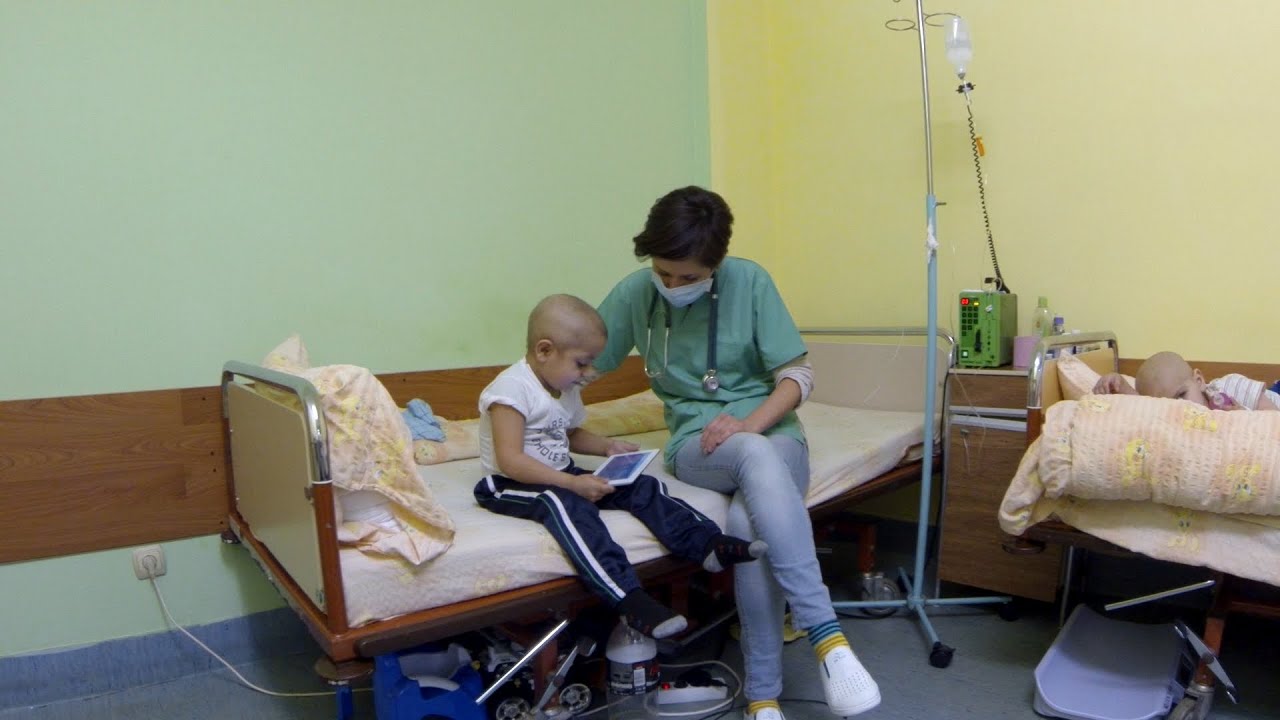 Street Nurses: get off the street, it's possible!
Hello!
What makes care open? A workshop led by Ezio Manzini
How cultural differences can make us understand our flaws in the care sector better
Proposal for Talk / Demo: Introducing Remarkable Lives - the App for Ageing Well
Little Side note: What is the role of the Government in this Bottom-up Open Care project?
Care as an Expat living in China
A homeschooling story from Egypt
Selection of relationship-related topics for outreach
Looking to share my skills...but how and where?
Lékařův pacient nebo pacientův lékař?
Smart Swarms vs. Big Funding: how to build a 100 million dollars project as a swarm of grassroots organizations
Relevant themes and care stories for each workshop
Crowdconference to tweet and share #OPENandChange! 20 SEP at 17:00 CET / 11:00 EST
U.LAB Open Will / Open Heart / Open Mind
Let's Tweet!
Creating a Compassionate Alternative to 911
alberto July 31, 2017, 6:38pm #2

@Noemi, this is probably your best post yet. You knocked me right out there.

I need to think more about your questions in bold. It seems you have in mind an Amish-like solution – or is it me being under the influence of that article?

But I do know this: OpenCare needs to know more about the Cytostatic Network. I appreciate your friend Vlad is “busy”, but I am sure you can dig out someone who was in the front line of the Network. That’s an OpenCare Fellowship right there.

Maria, the woman in the Helliniko Community Clinic, told us that the doctor who started the original community clinic (the one in Rhodhes) had just been appointed minister in the reshuffled Tsipras administration at the time of our visit there (October 2015). If this is a pattern, it’s a very interesting one.

How about getting in touch and offering to partner up for an event on open care in Bucharest? I’m completely improvising, but… open care bootcamp? Showcasing this sort of “shadow govt innovation”?

Ok… homework for me.

Thanks. It’s not just you, I had read your Amish related post and at the time was just working on this one on my own. So clearly there is something there about tightly knit communities making decisions together and planning thoroughly their care system - investments and returns.

As to the cytostatics, you’re right - I will ask Vlad and common friends to make a connection and take it from there. Of course, establishing causal links between someone setting up a massively effective thing like this network or the Greek clinic and their recruitment into politics is more complex. As far as I know Vlad is also VP in the European Cancer Patient Coalition and organises an annual camp for children diagnosed with cancer. So there are credentials backing up his current position.

Im just having a browse through some edgeryders articles and came across your post from last year. Couldn’t leave without saying how much your stories moved me. Its so interesting to read about a corrupt and failing system. Im sorry to hear that your people, family and friends have to suffer through it and live with the ever lingering anxiety of how to provide healthcare for the elderly and ageing population. It’s amazing to realise how different the structure is here in the UK where healthcare and social support is free for all. I have often been critical about the impact of free healthcare on the complacency of families to neglect and dismiss their elders to the care of the state, often with huge and high expectations of what the state can and should provide. I think it has contributed to a fractured family structure in society with sometimes little care and responsibility of families to look after their loved ones. There is an enormous financial burden that is placed on the NHS with the ageing population, to have them pick up the bill for every person in a care home is unsustainable and to some degree unfair on the system itself.

Reading this however, I can appreciate a little more the enormous pressures that is put on family and friends when this support does not exist. It is inspiring to hear of people such as Vlad Voiculescu who come into support others in an otherwise neglected area. There is amazing potential for the redistribution of wealth (and wealth in health care provisions). The money is out there and the provisions most definitely are as well, they are just not spread evenly!!

As always we may hope on a middle ground, with services available for the elderly, looking after their specific health care needs. But I would hope that family involvement would always be encouraged and part of a sustainable system. Even within a globalised world we still hope for community.

Thanks so much for the attention and patience to read through @georgie. While healthcare is free for all in Romania - the problem is the miserable infrastructure - from hospitals not equipped, lack of medicine, all the way to poor hygiene. It’s gotten to the point where its dangerous to put yourself in the hands of the system.

I’m looking forward to meet you in October, hopefully you can make it. I see people like you and Vlad who are young and courageous enough to stick around as the ultimate hope