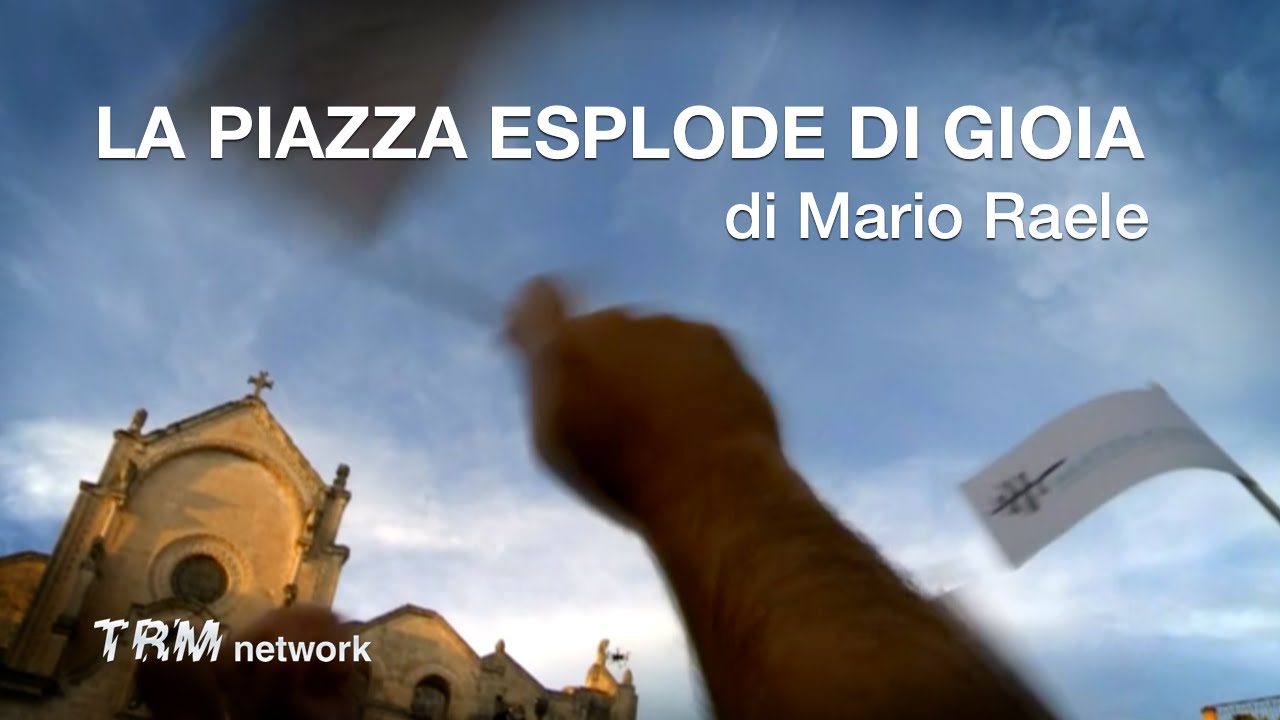 I had the honor to take part in Matera’s candidacy to European Capital of Culture 2019. Matera did win the title, but that’s not the point: the selection process, like all things human, is far from perfect. We could have made the same moves, and yet lose; or completely different one, and still win. In the days just before our final presentation to the adjudicating panel, we set ourselves the goal to win or lose, but for the right reasons either way. A right reason for losing, for example, could be proposing a courageous, solid project to a panel too conservative for accepting it. So, the lesson I learned from the Matera 2019 experience is not how you win, but how you cook up a sound, forward-thinking regional development project based on immaterial assets (a term I prefer to “culture”), digital networks, social innovation, and the key values, openness and transparency.

As seen from the inside, the process was a far cry from a heroic charge towards victory. Quite the opposite: it was riddled with delays, errors, approximations, misunderstandings, unexpected events and strokes of luck. If I had to describe it in one sentence I would say: the part of the candidacy that always worked were the citizens of the Basilicata region, and of Matera in particular. They did not miss a single beat: they needed some convincing, but once on board they gave the candidacy a massive, high-quality participation. Its more technocratic part, i.e. the public-private partnership Comitato Matera 2019 and its various allies and consultants (myself included), was made up of smart, capable people, and did some excellent things as well as some less-than-excellent ones; but that’s not why we won. Why? simple: more or less the same things could be said of the public-private partnerships built in the rival cities, all manned by smart and capable people, with their own successes and mistakes.

On citizen participation, instead, there really was no match. In Matera, citizens even managed to contribute to the candidacy in terms of process continuity: after the regional elections in October 2013, the regional bureaucracy had to be reorganized by the newly elected government. This choked the inflow of fresh cash to Comitato Matera 2019, and severely slowed down its activities. Bottom-up participation, on the other hand, followed its own dynamics, and allowed to city to keep things going even as the leadership of the local institutions sputtered. That said, the Comitato Matera 2019 group did a good job. An important part of it – perhaps the most successful one – was exactly this: activate and involve the citizenry, and give them space once they got involved. For the benefit of whoever wants to attempt something similar, here is a list of what I consider the smartest moves in the candidacy, in rough chronological order.

And yes, we won. What comes next – delivering the project, while holding on to our ethics and practice of citizen leadership – is going to be much harder than winning the title. I don’t know whether we will succeed (I don’t even know if I will be part of the next phase); but I do know that we did learn a lot, and the city has already been transformed in the way it sees itself and in what it thinks to be possible. What more could we ask for?

Edgeryders 2.0.1.6 : where we are and what's coming next
Can culture really help us #unfail in dealing with terrorism?
"Ad universos homines". A hackathon on archaeological open data: an idea for European Capitals of Culture?
noemi July 31, 2017, 6:38pm #2

Kudos to the web team!

Thanks for telling the story of how that one was born, didn’t know it until now. And it wasn’t until the first twitterstorm in 2013 that I actually saw how citizens are backing the bid. Am I right to assume many of those actively tweeting #mt2019 actually created accounts as part of this shared effort?

This is good fun Alberto - it always helps to have a triumph once and a while.

Reading the ECOC committee report which evaluates the six refined bids against the central criteria – they clearly underline the other piece of miraculous good management.  That the MA2019 Foundation had already secured 62% of the funds for the work of the next five years.  None of the other cities had seen so far into the ECOC’s deepest terror.   This wasn’t a regional structural quirk, but a conscious strategy taken by alert, informed brains. (Some of whom, I suspect, had actually been to Europe.)  Bravi.

That said, Alberto what exactly are immaterial assets? I’d suggest that trying to deflect us from saying culture at this juncture — belies your point in step one.  The aesthetic of bottom up is deeply cultural.  The event that I shared in that most embodied this choice was the citizen’s forum at le Monacelle where the pressed bid designers opened themselves to the usual gang of critical suspects. It may have been among my happiest moment in Matera, immersing myself in waves of language of which I could only grasp the most blatant of signposts, I could bathe myself in the pure passion of the people’s voice (I knew perhaps 40% of the room) shaping their future.  Giddy with glee of partaking in such an act of ritual social therapy, I sat and scribbled out what became  The Extraordinary Case of the unMonastery 1.0

As a cultural worker I’ve long since ceased concerning myself with creating marketable artifacts; consciously creating human forums that provide participants access to themselves has always been a major part of the unMonastery package that the prototype sought to research.  The content of social renewal thrives best in a form designed to amplify it.  I’ve given you a little bit of debate along the same lines in the Miracle page of the BM; ignore the role of deep culture at your peril.

… about miraculous management. That was indeed much appreciated. I cannot bring myself to hail it as much as perhaps it deserves, because I feel management has been a mixed blessing in the Matera story: visionary high level (bringing together all mayors! committing a lot of money unconditionally!) and leaky day-by-day operations (overly centralized decision making, empty coffers, late payments). A strange hybrid indeed, and one that does not appeal to my tidy side.

As for culture, I am not neglecting it: this is, after all, a bid to become European Capital of Culture. I am putting it under a broader umbrella, that includes stuff like “if you don’t like it make it better”, “she who proposes must lead”, “maybe we don’t need the City Hall’s help to do this after all”, the datasets, the CoderDojo stuff, Ida playing Victor the Cleaner etc. I guess you could call some of it “deep culture”, but that is definitely not what the adjudicating panel means by the C word.

Ah… your link is broken!