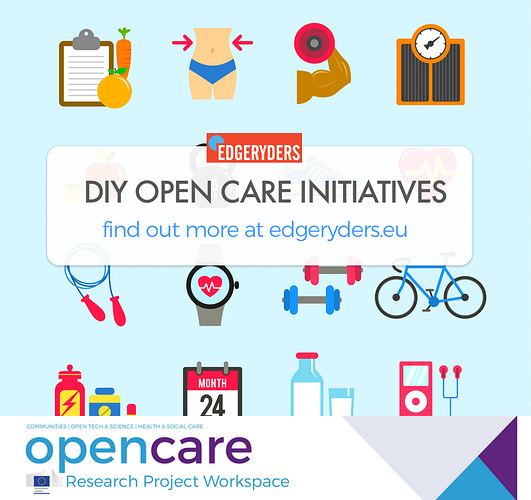 I thought we would take a moment this week to look at the amazing devices and initiatives that have been documented in our OpenCare stories group through the Maker in Residence program at WeMake.

The AllergoKi is an integrated communication project to help people with food allergies to eat out without problems (not as it is today in restaurants), find out more about their recent development process at WeMake. 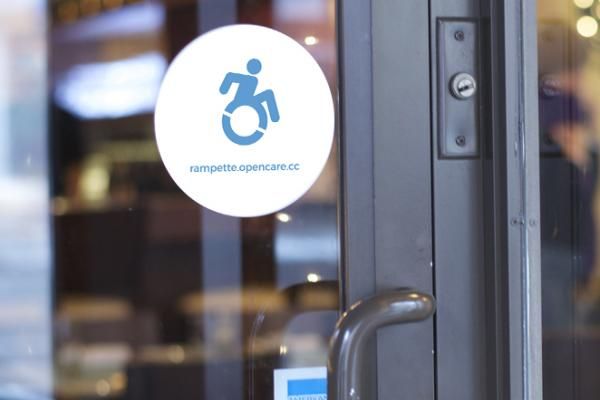 These initiatives use open source technologies to break traditional monopolies and disrupt stagnation in the care market. They represent some of the many projects we are documenting that sit at the intersection of DIY philosophy, open technology and communal care. And they all demonstrate in their unique way what is open for disruption in an industry that is commonly perceived as a walled garden. Have your own project to share or working on a community initiative? Check out what we are organising for our Open Village festival in October.

Community Call this Wednesday, at 18:00 CET

Last week’s community call was so full, many did not get a chance to join the demo of GraphRyder - neatly summarised by @WinniePoncelet’s notes here. For anyone who missed the chance to talk about a project or follow the behind the scenes discussion at Edgeryders, be sure to join this Wednesday at the same time, 18:00 CET.

It couldn’t be easier:

Wishing you all a good week!

Will any of the teams join the call on Wednesday?

Thanks for the overview Owen, really useful for those who are not following closely the action at WeMake.

Now if people get curious reading this and about tomorrow’s community call, ideally teams will join in to offer short intros or details about their work…

Notes from this week’s call

For those who missed out on the call, here are some notes of the discussion:

Artist based in Brighton, researcher between media and new science department - empathy, touch, neuro-scientific perspective. Is doing an installation and Multiverse park in Scotland soon.

GalGael trust, trying to understand who we are, what matters to us - lots of messy learning, working on the theme of exploring conditions by which we cultivate care and what that tells us about working more deliberately on the relationship between citizens and care institutions without disrupting self organising policies, by practising mutual aid.

based in West Ireland, working on a project part of European Capital of Culture bid for Galway. Will get into more detail during call. Met with community director, project moving ahead. HEC having an event on 21st of September, same time as Convergence Festival, Galway. Hopes to look at situations for care (projects in gardening, related to health care) - and bring to OpenVillage.

representing Woodbine Health Autonomy group, came together after occupy, what would autonomy look like? What would a revolutionary change to social dynamics look like? What does it mean to live communally, to live decentralised. Issues around space, money, fitness, self defence, mental health and care. Taking care of the next generations.

Gehan: How do you reduce transactional nature of working together and introduce a more creative balance, that benefits everyone living in a communal space - what else happens when we bring insights together.

Nadia: How about modelling a space, see what goes on in virtualizing a design - learning by doing? Travelling in Morocco, looking for a space for MENA co-living space. Found a place in tiny town called Tarfaya - house to rent at 300 eur/ month - plans to set the space up there in Morocco. Desire to organise an OpenVillage Camp and New Years Party in December. Working with locals - surfboards out of mycelia, recycling, collaborating, etc. 250 km of beach.

Kate: Know many communities being set up across the world with different underlying values - there is not one way of doing autonomy - many groups have splintered due to work ethics, difference of values, sex related issues - many, many, diverse communities are trying to come to life at this moment and have power to shift these structures that are crippling the life in many. For OpenVillage - how do the three strands come together? In a very pragmatic mode - want things to exist that can be useful for others, can be used by people who are not there. Need to use the energy available in the right way and be as powerful and communicative as possible.

Noemi: Some communal values shared among many people, no matter where we go. Even though we’ve been doing many conversations, we can say we want to build the village - but we can’t say what artifacts or objects will come out of that. It will either take one to lead the others, or allows ourselves the time and space to think where the convergences will occur.

Nadia: Brief introduction to The Reef (nice acoustics) - have the space for at least a year - this is where we should model a caring environment that we can take into new spaces. Need for care v.s. desire to care. People could bring their skills - those doing holistic practices can figure out how to bring it into the routine of a day - those who do nutrition, can do the same; preventive care, healing therapy, how to care for severely autistic people? What skills need to be developed, what artifacts need to be there? Could the event be centered on design organisation?

Nadia: Look at places where health and care belong, look at the connective tissue between the two.

Gehan: Giving people an experience of what a healthy environment looks like. Useful to explore in the context of OpenVillage. Like the idea of “connected tissue”.

Noemi: Q for Kate - have you participated in an event experience where you saw people come together in a way that made sense and was collaborative. What format did you feel was worth looking into?

Kate: Many! Done a lot of opening up my own house for free form, non choreographed meetings. Has often led to projects. Assessing whether the projects have had a meaningful impact - things that feel very creative and symbiotic may not be particularly socially powerful. Hard thing to realise - conversely, many meetings that might not have ‘felt good’ had a more direct meaningful impact. Talked with people working with water, arose naturally from a group of people who already working with water in the area - hard way to trick this into happening in a certain environment. Been to creative, festive gatherings too - but not particularly drawn to at this moment in life - more drawn to education and thinking. As much as Burning Man etc are appealing, there is something particularly worldly and serious in terms of the approach to care and governing - there is a level of structure that is going to be helpful.

Noemi: Reason this is going to be a festival and not a conference - things either emerge or not out of the event - more interested in the extra layer we can add in terms of festivities and artifacts that express what Open Village is about.

Frank: Been talking about this idea of the cities being the center of revolutionary thoughts and activities - now discussion is about going back to nature, removing oneself from the capitalist flows of life. Morocco fits nicely with this - a space out of the way to work.

Nadia: Doing a writeup on establishing space in Morocco. Floating the idea of preliminary discussions in Morocco, setting up plans for OpenVillage.

Kate: Going back to games - wonderful trojan horse - using games to bring people into the fold, in a bold way - frame the event as a game/invitation that would allow you to use everything you’ve been involved and work you’ve done, finding a way to bolster the communication/invitation with some game concept that has an appeal to people that would make them travel across the world.

Gehan: Interested to read up on the space in Morocco.

Walking into a space that is very much alive full of switched on people doing all kinds of things, performances. Community and space, and hacking and radical economics. Productive effort to builed productive space and mobile openvillage. Has way to work with digital, many communities about leaving digital and luddite space

Thanks to Noemi for helping put this together, everyone else who joined.

Hello. We just submitted a funding proposal to further explore “population-driven health technologies”. This will include an evaluation of different communities reproducing our do-it-yourself device, that transform the breath into digital data. We will be glad to give you an update at our workshop on October 20th!